So why not EnOcean?

I appreciate this isn’t necessarily a smartthings related post but I’ve been wondering why the EnOcean protocol and the associated range of energy harvesting sensors & receivers hasn’t yet gotten any traction in the marketplace, particularly in the UK.

I’m not an automation guru by any stretch of the imagination but the EnOcean protocol offers data communication at such a low bandwidth that their devices can run completely wire and battery free. Given their release of the energy harvesting technology to work in a BLE & Zigbee environment I can only think they are well placed to dominate the market for low bandwidth sensors, receivers and actuators.

Granted their chipsets are more expensive than other protocols but in today’s world surely developing devices that inherently require batteries goes against the grain of looking after our environment particularly when the growth of connected devices is only going to gather pace.

I’d be interested in hearing your thoughts on why there are a plethora of Z-wave, Zigbee, WiFi, etc devices but few and far between EnOcean devices.

SmartThings was designed in the US primarily for US market while EnOcean is a European standard and does not have a foothold in the US. Expansion into U.K. occurred after the product feature set was already established.

Zigbee and EnOcean have announced a plan to bring EnOcean profiles into Zigbee 3.0

But there are two issues that tend to give zigbee an advantage over EnOcean.

The first is that zigbee is the same frequency all over the world. EnOcean is actually a regional frequency, very similar to Zwave. So not a really big deal, but it is something that matters to multinational industrial applications.

Of more significance, though, is that in order to achieve very low power Enocean messages are incredibly small. 4 bytes. That’s enough to send an on/off command or an open/close report. But it’s not enough to do a lot of the other things that Zigbee Home Automation does.

The Phillips hue tap switch is using zigbee green power, which is why it doesn’t require battery. It works just fine to send a single scene code to the bridge. 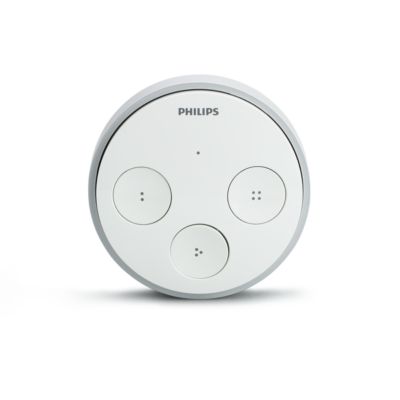 Recall your four favorite scenes anywhere in your home at the touch of a button. Use Philips Hue Tap as a remote control and turn all your lights off at the same time. Completely wireless and works without batteries, for your comfort.

But the Phillips dimmer switch is a ZLL device. It does require a battery. And that’s because it is capable of doing more than the tap switch does.

Both types of devices have a place in home automation. Choice is good.