Is there a way where when my first alert smoke alarms goes off while I’m cooking it will trigger my ceiling fans to turn on which are controlled by ge zwave smart switches. I know that’s not ideal for if there was a real fire. But if I was in home mode I would like them to be triggered automatically because of cooking smoke. My method now and for the last 30 years was to grab the closest shirt or towel and swing it around the smoke detector. This is a big reason people remove them…that’s very bad.

If not, you can get a $49 Leeo acoustic sensor, which will recognize any US compliant residential fire alert and has its own IFT TT channel. So there would be whatever lag you get from IFTTT, but you could definitely trigger your fans that way. 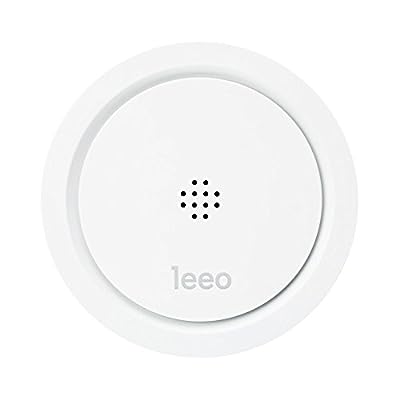 Leeo Smart Alert is the smart, plug-in safety device that lets you know via smartphone if your home’s smoke or carbon monoxide (CO) alarms go off while you’re away. You can listen, dismiss, or notify ... 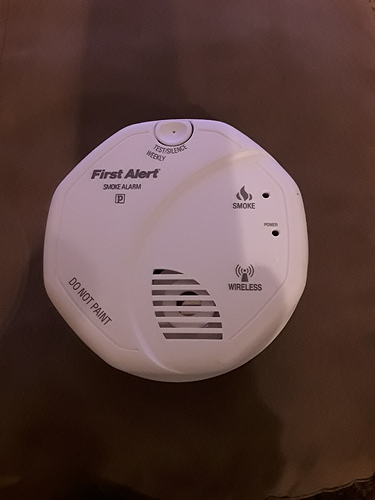 Ya I was about to look into ifttt. 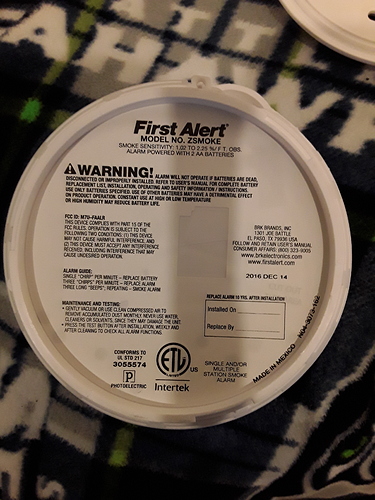 Not sure what leeeo is?

It connects just fine and does what it’s supposed to. I just want it to do something else and it seems like there’s always a work around. I’m 3k into my home automation so I know anythings possible. The community has been great

Leeo is a Sound sensor that listens for the specific Beep pattern that smoke alarms are supposed to use in the US now.

You plug it into the wall, and if it here’s a smoke alarm go off, you can then, based on the rules you set up, send you a message on your phone, and/or trigger its IFT TT channel. So it becomes the “if” in an IFTTT applet, and the fan in your SmartThings IFTTT channel would be the " that."

So the sequence would be:

Three) Leeo alerts IFTTT that it has heard something

As far as the device you have, I believe it does send its smoke alert to SmartThings, I know people do stuff like turn on the lights and unlock the doors. So you certainly ought to be able to have it turn on the Z wave fan switch. I’m just not sure which features would do that. Hopefully someone else will chime in he does have this device.

I’ll have to look into the leeo sound sensor then. Oh boy more stuff…lol

I’ve confirmed that through smh I can have my first alert fire alarm trigger an alert such as a light switch at 100 percent. In my case I used my two ge switches which are connected to my ceiling fans. I’m not sure if I recommend this as fans to a real fire while not at home is just asking for your home to burn faster but for the sake of trying new ideas and the comfort of my house being up to code I feel pretty safe. I blew some smoke into the unit to try and it works as I want it to.