Last issue (Motion sensor didn’t trigger wall plug ect ) showing me ST can’t working (local) with any device , this is a bit strange coz other systems like fibaro can working at local if no internet connection.
Just wonder there is any option to update device to let it work local if no internet connection? I mean still should be log events at home , or st should be able to trigger some rules like motion sensor trigger plug ect .

Currently only SmartThings published devicetypes for Z-Wave and Zigbee devices will run locally. Also, only the SmartLighting App and some parts of SHM will run without an internet connection. There has been discussion about there being a submittal process to get other SmartApps and devices added to the list of things that are locally run but I haven’t seen anything about that recently.

problem is , when I’m disconnect lan nothing working in my ST , i check yours link but in my st is no devices running local ? why?
multisensors not working local ,motion detectors too , there is anything wrong in my ST?

And you’re running them on the ST v2 hub, I’m assuming?

That’s very strange. As long as you installed them using the default device-types then they should show up on the Devices list I posted above…[quote=“blebson, post:2, topic:35719”]
Your locally installed Devices: https://graph.api.smartthings.com/localDevice/list
[/quote]

heh , but they don’t show up there is empty, any idea?

reset and re do again all the devices and see if that work. 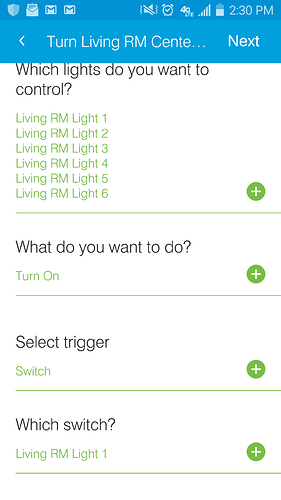 I dont know if i configured wrongly.

I have lots of devices listed locally and only SHM seems to have any apps running locally. None of my smart lighting is in there.

eset and re do again all the devices and see if that work.

I have lots of devices listed locally and only SHM seems to have any apps running locally.

question is , if you disconnect lan cable from hub your ST hub will still able to trigger lights/plugs/ect?

I guess I’ll have to check.

let me know , my don’t work

guys maybe i don’t understand that properly , with no wifi router only hub v2 ST sensors should work or not? or maybe wifi router is required ? I’m lost a bit

Local should not need the router.

so my definitely don’t work , multi sensors (door open/close) motion sensors ect , if you have chance to check yours hub v2 that will be great .

will check that , same for wall plug and multi sensor? thanks