Apologies if this has been asked before.

I will be replacing the bathroom fan which currently is switched on/off by pulling a cord with another fan which will be operated the same way.

So I was wandering is there something I could get the electrician to put in there that would let ST hub turn the fan on or off?

I would like to be able to use Alexa to turn the fan on or even better if i could get a moisture sensor to turn it on when there is humidity and then turn it off. At the moment i am having to leave it on the whole night which is not very energy efficient.

Have the electrician connect up a timed fan, it takes a permanent live and a switched live from the lights, it then comes on with the lights, and then runs for a preset time after the lights have switched off.

Then if you want you can install a fibaro switch for the lights, which you can control via the ST hub to turn the lights (and consequently the fan) on.

Currently the fan is not linked to the lights and i have been told it will be a lot of work to get them linked.

I was looking at the fibaro - can that turn the fan on/off? Does it not require a fibaro hub?

My fan is connected up as per the second post.
But this shouldn’t stop you automating the fan.
I have replaced my fan pull switch with a Fibaro Dimmer (I only used a Dimmer in case I decided to use it for something else).
I put a blanking plate over the box.
I have a humidity Sensor which I leave in the bathroom and with the humidity Sensor and the Fibaro Dimmer integrated into ST I control the fan using Humidity with a CoRE piston.
This does mean I cannot control the fan manually but this is not an issue.

Thank you for your answer.

Is this what you use? 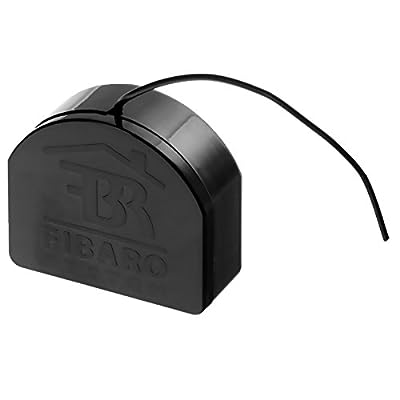 Also, if I was to leave the flat and take my ST with me But leave this on (dimmed to 100%) into the wall would it stay like that forever even if the electricity gets cut off? So when somebody moves into the flat after me they wouldn’t need a z-wave controller to turn it back on.

Yes and Yes.
I would check to make sure the power rating of your fan is not to high for the Dimmer.
If you move on from the property you can always replace the Dimmer with a switch.
EDIT. You can run the Dimmer in parallel with the switch so that the Dimmer or the switch activates the fan. That way you could leave the dimmer should you move on.

If you do move on, for the sake of the two minute job to remove it I’d take it with you.

Its £40+, and if there is ever a problem after you left, the next person will just call in an electrician who is more than likely not going to know what it is and just throw it in the bin.

This is what I would do. I would use a smart on/off in wall module such as the Aeon lab https://www.amazon.co.uk/gp/aw/d/B00JGSDJUA/ref=mp_s_a_1_30?ie=UTF8&qid=1477669771&sr=8-30&pi=AC_SX236_SY340_QL65&keywords=Aeon+z-wave .
Try to avoid using a dimmer since the washroom fan is not a variable speed motor and would not be happy with a triac output voltage even at 100%. Anything less than 100% will kill it in the long term.
Use the pull switch as an input to the Aeon so you have control with the phone and the pull switch. This way when ST is down. You will still be able to operate the fan or if you decided to leave the switch there when moving out. The new owner won’t be confused.

Thank you very much guys! I have ordered the Aeon micro switch. The fan is Xpelair DX400PC and I am not sure but the manual suggests that there will be an electricals box where I might be able to fit the switch. If I am lucky, I will be able to use the pull cord of the fan as an input for the smart switch. I will let you know how it goes.