Continuing the discussion from Wink API vs. SmartThings:

This Topic is redundant with a couple of other ones, but THEY both have ActiON Dashboard in their titles:

I was able to fumble my way though getting 625alex web dashboard to work for me. I found this and thought, this would be cool hanging on the wall. Toshiba tablet for only $99. http://www.microsoftstore.com/store/msusa/en_US/pdp/Toshiba-Encore-Mini-WT7-C16MS-Signature-Edition-Tablet/productID.307250100 I will wire in a ressesed outlet above a existing light switch for power and some how mount to the wall. I know I saw a pic of someone on here mounting an android tablet on a wall witha frame, hope to do the same thing. Any thing you all think I need to worry about? I was also going to add in my security cameras, alarm system with eyeon to the tablet.

The intention for THIS new thread is to be Mobile App agnostic.

Get ActiON Dashboard, a $50 tablet, 90 degree USB adapter and some command strips and you got yourself a decent control panel. The best part is that you don’t even need a new device if you have an older tablet or phone to recycle.

Do you think there is enough interest for a Kickstarter campaign? SmartThings doesn’t seem to be interested…

@625alex: This type of Project is risky, but it is very interesting that Quirky / Wink launched the Wink Relay $300 pad immediately with the ecosystem. Maybe they just had more resources or a different philosophy as to what is essential and profitable.

This type of Project would be far less risky with the current resources of SmartThings and/or Samsung – and quite possibly Samsung’s R&D labs are playing with all sorts of wall mounted control panel ideas.

It is hard to decide on the best size and even if it should be portrait or landscape, and how much functionality should be included – though my vote is for bare bones … heck, even compatible with “insert a popular cheap tablet or phone brand here”.

One place to start is to look at existing products on the market or under development, including bRight Switch:

But there are so very very many more… Enjoy the discussion.

There’s this product that looks very appealing to me. The only requirement is a power outlet:

That’s what I am patiently waiting on but who knows when that thing will come out. Bought some tabs from Amazon and it was terrible. Seems to be the best ones I see are homemade. Very interested in this thread. People go ape for the panel with action dashboard.

If they succeed, it would be cool if they made a model that replaces a light switch (Z-Wave or something), since who wants a tablet at floor level or an outlet at eye level…

How hard is it to get electrical certification for a hidden USB power that would fit in a 1-gang light switch box…? A bit tough to design if it still needs to have the light switch too, unfortunately, right?

The advantage of Thingcharger is that there is very little commitment. One could replace an existing switch with a power outlet or install a new outlet next to existing switch. If you move, you just unplug your charger and take the tablet too.

The tablet is not attached either, you can take it out or replace with a different device. Literally, no strings/cables attached.

In areas where I have smart bulbs I have replaced the switches with outlets and have a tablet where the switch used to be. It’s crude but functional. For an even better setup I am going to replace the plug with a switch plug combo placed into a recessed media plate. This will leave room for the tablet charger and cord to be bundled behind the tablet. Also with the hidden switch I will not lose manual control of my lights when I need to reset a bulb. 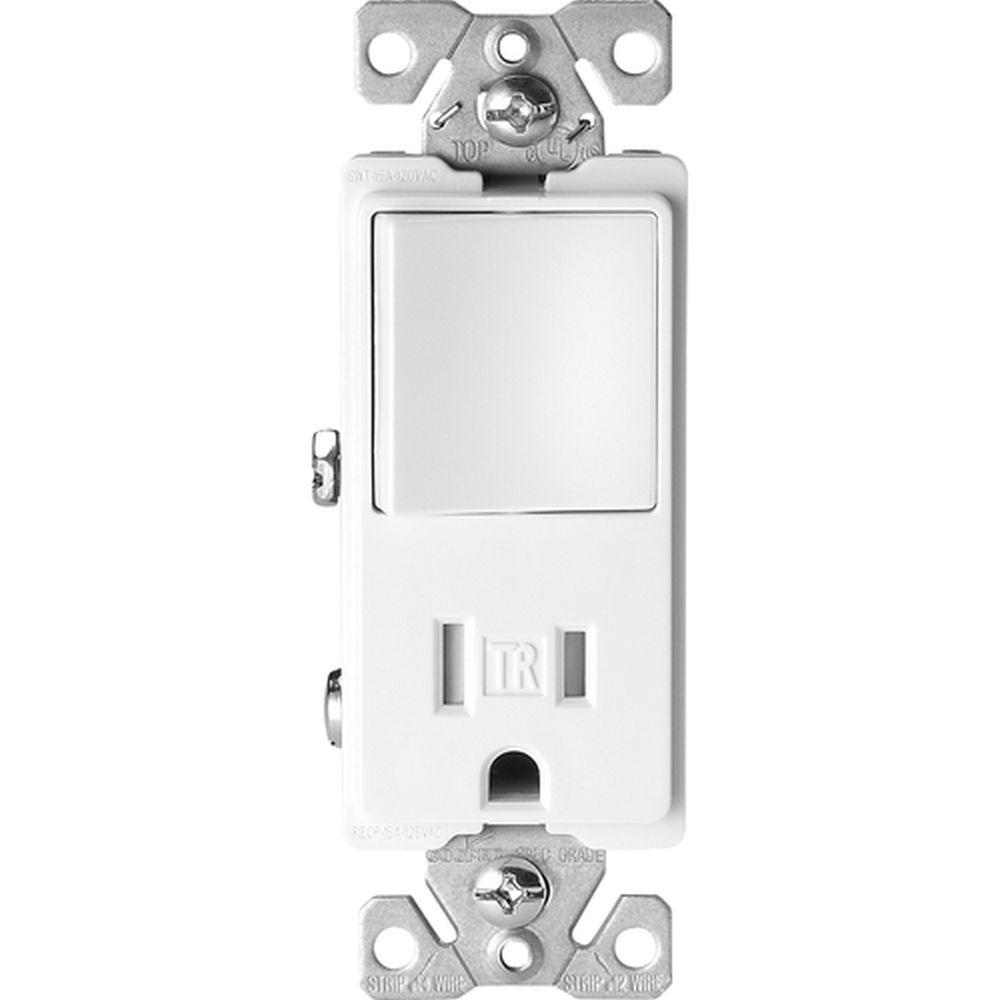 Here is even a less expensive option at $4.79 CDN:

I have this mounted right next to my thermostat, so I was able to fish an electrical power supply through that opening to power a 7" iRulu tablet, also from eBay. (I was able to get is for less than $50 CDN)

I was going to add more of a custom frame, but the small form factor of the tablet and mount alone makes it blend in better.

Edit: If anyone would like a picture, send me a PM and I’ll add one.

You are correct, so I’ve taken care of that!

Ok, here it is a group for Canadian SmartThings users to discuss those subtle differences that make us unique (and better

I know this is kind of old, but a few people I know have the iPort wall mount (I don’t have one). It looks nice and charges your iPad on the wall (landscape or portrait). The magnet is sturdy too. The only thing is that the case is bulky and it is expensive. They also make a magnetic case with remote control buttons (for lutron) and an in wall mount.

Thanks for getting this going, Terry, and sorry I’m so late to the game.
Is this still viable or has it been superceded by another thread (I mean, for a thread about this stuff that isn’t dashboard-specific, but just about hardware and mounting ideas, etc.)?

I mean, for a thread about this stuff that isn’t dashboard-specific, but just about hardware and mounting ideas, etc

Technically this thread is still valid (and I’d encourage use), but if you’re researching, then all the Dashboard Topics contain hardware and mounting discussions…

Thanks for getting this going, Terry, and sorry I’m so late to the game.
Is this still viable or has it been superceded by another thread (I mean, for a thread about this stuff that isn’t dashboard-specific, but just about hardware and mounting ideas, etc.)?

Have you seen this one?

Technically this thread is still valid (and I’d encourage use), but if you’re researching, then all the Dashboard Topics contain hardware and mounting discussions…

Have you seen this one?

Yes, but I like the idea of separating this specific concept from any particular dashboard/control panel app, because, regardless of which one we’re using, we all still need hardware and mounting. I think that fact justifies the existence of a thread like this.

From here, we can link folks to app-specific threads.

There isn’t anything in that SmartTiles Theming and Mounting thread that wouldn’t apply to mounting other devices. While it does have SmartTiles theming in there, too, at least somewhat, most of the valuable intel on mounting is already in there. Unless you want to have some poor sap go through and move all of the mounting idea posts to another thread, might as well try and keep everything together.

I totally agree.
perhaps rename the thread and merge this one in there then?

I know I’m digging up an old thread. But you’re the only mention I’ve found of SmartThings and iPort.

Did you ever get one and test it out? Any way to configure those buttons to do something useful for ST?

Nope, I’ve never got to test it out

. But my friends have the magnetic iPort without the buttons. They love it!

Edit: Hmmmm… it seems Caseta is supporting SmartThings soon, so you may be able to get it to work.