I’ve invested a lot in existing door and window sensors for my ST solution, but really like Ring Alarm’s low cost monitoring solution. After looking at some of the complex solutions I came up with my own very simple solution (no soldering, coding, etc. required). Took me about 15 minutes to setup and seems to be working 100%. Now any time my Smartthings alarm gets triggered from any door/window/motion sensor my ring alarm will also get triggered and emergency services will be called. There is a short delay of about ~8 seconds.

A Switchbot Switch is about $30 on Amazon, while the hub is about $50. Since I already had a hub, this solution only cost me $30 on top of my Ring purchase.

Here is a short video of how it works. Just connected it to a ST contact sensor for demo purposes.

I removed Stringify for the equation and setup a virtual switch to control the switchbot. Then using security actions to open or close the “virtual door” which has ifttt triggers on it.

I also setup a solution to arm my ring in both away and home mode using SmartThings. Now when my ST goes into arm away/home mode I have the “Speaker Companion” app in the classic app tell one of my sonos speakers to say “Alexa arm ring alarm away mode.” I have an echo dot next to the sonos speaker, so echo picks it up and arms ring. Took about 5 min to setup and seems to be working fine.

Optional: Stringify (I prefer this as I have more control)

Looks like Stringify is shutting down it’s service. A lot of folks speculated this would happen after the Comcast aquisition and it looks like they’re right. Interestingly, they recommend Webcore if you’re a SmartThings user. https://www.stringify.com/stringifyshuttingdown/ [image]

Ugh! I didn’t know that. Just read about it. I use stringify heavily for my automations… Well regardless, my ring alarm solution works with just ifttt

This is great but you still have to arm both ST and Ring separately for this to work, no?

You can arm/disarm Smartthings by using email alert triggers from Ring with ifttt. I have not done it yet (just got my Ring alarm yesterday) but will. I also have another integration for arming/disarming Ring via Smartthings in mind using Alexa. I tested it the other day (for something else, but will work for ring) and it works, but it’s using Stringify. But as noted above Stringify is going away so need an alternative. That approach was to use ifttt to trigger stringify and Stringify would make my sonos speaker say “Alexa Disarm ring alarm xxxx.” Since i have a sonos speaker next to an echo dot it would work. I’ll probably take care of that in a couple days.

It will require that Wi-Fi is working, however, which some people don’t like to use for security systems.

The one suggestion I would have would be to use Sugru rather than hot glue. It’s going to make life a lot easier when you need to change the batteries. 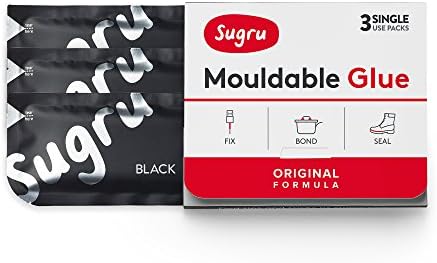 You can arm and disarm smartthings via IFTTT if you are using the classic app. But they have removed this functionality from the V3 app (“smartthings ( Samsung connect)“) because they have changed their design philosophy for security features and there is no longer any way to arm/disarm except via the app manually.

Since they have already announced that the classic app will be going away, although they haven’t said exactly when, this is a limited lifespan solution.

Just something to be aware of before you start investing in it.

On the other hand, if they ever do let the SmartThings button arm/disarm SHM in the V3 app (as it did when the button was first released), then you could use the same method for that by using a SwitchBot to push the button.

We will just have to wait and see where things go.

Since they have already announced that the classic app will be going away, although they haven’t said exactly when, this is a limited lifespan solution.

I really hope the classic app doesn’t go away. Or, they at least incorporate custom DH into the Samsung Connect app. Most of my automation and control relies on custom DH’s. If they pull a Google on us users I’ll be really pissed. I thought the IoT was supposed to be getting better, not worse.

It all comes down to how you define “better.“

They have told us many times that their typical customer has 15 devices or less and never uses any custom code.

For a customer like that who has a recent model Samsung smart TV, V3 app is a definite improvement over the previous one.

Even for the basic stuff, like turning on lights, I find the new app to really suck. It’s organization is terrible. I frequently use my ST app on my iPad and for the new app, orientation on the iPad is broken. This is basic stuff that should have been fixed before release.

I’d really hate to move to Hubitat at this point.

It’s been improving though. Automation, although less flexible in the new app, is certainly easier to configure and understand. They recently added device history to it as well. They are definitely working on it (which is not true of the Classic app). The hope is that Classic doesn’t go away until the new app works for power users.

I’d really hate to move to Hubitat at this point.

I’ve been really happy with ST to date but I’m curious about this statement. What blockers have you found with Hubitat. I’ve setup a buddy on it and it seems pretty great and very compatible with ST code.

I meant I’d hate to have to move all my devices and automations to hubitat because ST decided to ditch custom device handlers. It would be a lot of work to transfer over, I think. Something that could potentially take hours/days. That’s just a speculation.

Ah - got it. Yeah, even migrating to a new ST Hub would be a huge hassle. I’m seriously considering getting a Hubitat to run next to SmartThings and slowly move things over to it.

Yeah. I’m moving to a new house soon and I already purchased the Samsung WiFi with built in ST. I’ve started integrating some things but haven’t really started at the new house. I’m trying to decide what to do.

I (painfully) switched over to Hubitat. Moved all of my sensors/switches/etc… to it. Spent about three days porting over most of my automations. I’ll give you three reasons why I switched back to SmartThings though (PAINFULLY AGAIN).

Thanks for the update.

30 seconds to turn off the light doesn’t sound right. What’s the brand and model of the lights?

GE 14291. They’re pretty slow to begin with but the Hubitat automation was even worse. Like I said it may have been me but a simple automation like When kitchen lights turn off Then turn off dining room lights doesn’t seem like a very complex script.