Has anyone looked into the long term impact of these RF devices transmitting 24/7 365 in our homes? As an EE, I am well aware of the negative impact of high powered RF signals even in short durations. Most ST devices are low powered, but they are on 24/7. And the more devices, the more signals, even around toddlers and children with developing brains. I am certainly not the tin-foil hat type, but I figured this was worth asking since I want to setup a complete network like many here, but also have small children like others here.

Zigbee and zwave for home automation are intended for very low power, very tiny message, infrequent network traffic. Like light switches. It’s the reason the sensors have expected battery lives of 1 to 2 years – – they just aren’t broadcasting very much.

I can’t say there’s no risk, but whatever risk there is is lower than Wi-Fi, which is much bigger messages with continuous connection.

Zwave is in the same frequency band as many baby monitors, and many older style portable landline phones. Zigbee is used for monitoring equipment in most hospitals, as well as in most TV cable set top boxes. So the odds are good that your house already has exposure, and the home automation traffic, as I mentioned, is relatively infrequent, especially if you avoid energy reporting devices.

If you’re building a house with no Wi-Fi in it, then it may be that you don’t want to introduce home automation of the type that SmartThings uses.

But if your house already has Wi-Fi, it would be hard to argue that a SmartThings setup is adding any new dangers. The devices are available 24 hours a day, but unlike WiFi, they aren’t continuously broadcasting.

The following is from a manufacturer’s blog, so obviously they’re biased, but it was one of the few I could find that discussed the technical issues in a way that doesn’t require an engineering background to understand.

So feel free to take it with a grain of salt but the main point of the article is scientifically valid: a cellphone transmits at about 500 times the power of a zigbee home automation device, and the zigbee device transmits much less frequently as well.

Again, if you are banning cell phones from your home because of health concerns, then you might not want to add wireless home automation devices. But your cell phone by itself probably puts out more RF energy in a day than all of your Z wave and zigbee devices combined. 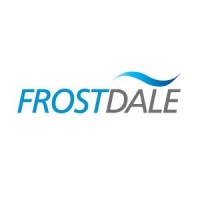 Where do wireless technology and human health meet?

According to a recent report, shipments of Zigbee modules are set to increase by more than 700 percent over the next five years. Zigbee, for anyone who is unfamiliar with the brand, is a wireless t…

Fair point JD. Appreciate the feedback. The wife actually turns off the WiFi at night (which I dont like because the cameras get turned off) but she has a point. We don’t really need it at night and if it cuts our “radiation” by 30%, then why not.

To minimize RF from your home automation as much as possible:

Choose Z wave classic devices over Z wave plus, and Z wave plus over zigbee. Don’t use Wi-Fi for Home automation.

Don’t use anything that does energy reporting.

Don’t add any status polling to your system.

Position all devices so that they are 1 m or more from where people sleep or sit.

At that point in a house where everyone is asleep there will be almost no RF SAR impact from the home automation system, but your lights and locks will still be available if needed.

I’m not recommending this for most people, but if yours is a household that turns off the Wi-Fi at night because you’re concerned about potential health impacts, then these are the guidelines you might use when selecting home automation equipment.

I put a multipurpose sensor under my couch cushion. That will sense when I sit down and it then turns the light on.

Basically when I’m sitting down, the multipurpose sensor is right next to my scrotum. If I continue this behavior, will I become sterile?

Wellll as a Ham Radio operator, plus living within a 1/2 mile of 3 cell towers, around 10 commercial radio towers. 2 wifi hubsi n my own house,seeing another 10 that are stronger than any Zwave device, 2 cell phones - you get the idea. Zwave,Zigbee is the least of my worries.

Add - I’m retired , but many of you working stiffs see tons more radiation at work…

Where I formerly worked we replaced all the warehouse lighting with Zigbee interconnected lighting. 8 year ago these were over a grand apiece, they all interconnected, motion and would light a path. 500 of these , plus that radios on each fork lift, hand held scanners - untold amount of RF everywhere these days.

I put a multipurpose sensor under my couch cushion. That will sense when I sit down and it then turns the light on.

Basically when I’m sitting down, the multipurpose sensor is right next to my ■■■■■■■. If I continue this behavior, will I become sterile?

Cool idea… might have to copy it! In case you were serious about your sterile question, I am quite sure there is no proof that such a thing could happen for the very low RF power your jewels might be exposed to. Plus… what pocket do you usually put your cell phone in? If it is any of your pant’s pockets, then I’d worry about that before I would worry about HA RF signals. I am not saying you should… just saying that your cell is a way more powerful source of RF, and it is likely always very close to you.

For the couch occupancy use case, it’s generally more accurate and less expensive to use a pressure Mat, in which case you can put The radio part of it much further away. Then there’s also no fire safety issues from having a battery powered device buried in the sofa. The pressure mat just closes the contacts and you have wires that run to the transmitting device.

Hi folks - has anyone tried to connect and make work the United Securities z-wave pressure mat? http://www.smarthome.com/united-security-products-901pr-60lb-pre-wired-pressure-mat-9x15.html I would like to use this to send me a txt when someone is standing at my front door and to turn on the light when we walk downstairs. Our stairs are in the middle of our house so a motion sensor won't work without creating a bunch of false alarms. Ken

This is also the usual set up for a mat in a bed, for the same kind of safety reasons. You put the mat under the mattress, but you run the wires over to the transmitting device which is away from the bed.

I wanted an easy way to detect when my (medically complex) son was in his bed so that I could trigger other smarthome rules from his presence. This Instructable...

We have “neighborhood cellular repeaters” (which must be of significant transmission power!) on nearly every block of San Francisco. Lots of hills here, so these are essential for all the smartphone traffic.

Still… these are mounted on telephone poles, and, again with the hills, they are often exactly at bedroom level.

I’m sure there were public hearings and whatnot, but there was no way citizens were going to outrank the wireless companies (and fellow citizens wanting good cell service!) on this one. Sad … and not sad.

If I continue this behavior, will I become sterile?

It depends. If you already are, then definitely no.