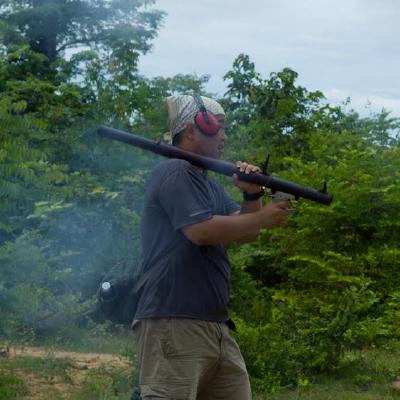 A Node.js server that provides a helper proxy/middleman for passing commands to the Google Assistant - mpaik/google-assistant-helper

Hi all, I’m a long-time lurker who’s benefited immeasurably from the community, and thought I’d give back now that I have something to share.

My HA is heterogenous, but I’ve been wanting to send announcements via Google Home devices from ST, etc. I haven’t found anything that does what I need well, so I rolled my own.

This project is a Node.js server that provides a helper proxy/middleman for passing commands to the Google Assistant via the published API. It provides the following functionality:

The server presents a webhook that takes JSON posts and executes commands. It is configurable, and supports TLS (strongly recommended for any Internet-facing use).

This is a Node.js server, and this documentation will assume that Node.js is installed, and that the user has some familiarity with Node.js and npm. Naturally, a server of some type is required, whether an RPi, a regular box, or a NAS that runs Linux or can run Docker.

This project should run on most modern Debian variants (including Raspbian). It may run on other operating systems; YMMV. It is verified to work in a Docker image, provided the necessary packages are installed.

Chromecast functionality requires mDNS; on Debian this requires dbus and avahi-daemon to be running. You may need to install the libavahi-compat-libdnssd-dev package.

Zoned broadcasts are supported (in addition to Chromecast groups). See Step 7. in “Setup Instructions” in the README.md (documentation) on Github for details.

Code quality is important to me, so if any issues arise, please open an issue on Github.

Is this similar to this?

[image] ASSISTANT RELAY I’ve wanted to get audio notifications on my Google Home for a long time as have a number of people. There are quite a few implementations of this, however they all use the cast feature to cast TTS audio to your speaker. Back in Autumn/Fall last year, Google announced their broadcast feature for Google Home which lets you send audio notifications to all Google Home devices. Until recently, there hasn’t been a way to do this, until one of the Node modules I follow was updated to use the new text input feature of the Google Assistant Service API What is this? This isn’t an extension of your Google Home This isn’t some fancy local API that connects directly to your Google Home This is a Node.js server that uses the Assistant SDK This is basically another Google Ho…

I can’t say how similar or dissimilar it is to v2.0 of that project. I did try the initial version and found it to be kind of messy and only supported text broadcasts, and had extraneous requirements like speaker support. This is a superset of the functionality of the initial version of that project, with (hopefully) cleaner code and dependencies.

or a NAS that runs Linux or can run Docker.

how do you know if a nas can run Docker?
i have a seagate central NAS drvie but never heard of docker

Unfortunately, I don’t think Seagate NAS devices support Docker, which is a project supporting lightweight minimal containers that run virtual environments in userspace. The ones that I know of that do are Synology, QNAP, and FreeNAS (I have this running in a Docker container on Synology).

That being said, if you want a cheap(ish) option, this should run just fine on a Raspberry Pi.

I’ve got an old phone running a cast manager. Just trying to reduce stuff on and the nas is on

Thanks for releasing this! I had a problem on the install. Noooo idea how to fix it.
Thanks for any assistance. =D

You need a library that is used by mdns. Assuming you’re on a Debian variant, it’s

The library is necessary for Chromecast support.

You sir are brilliant. =D No errors after that!

Glad to hear it’s working out for you. Let me know if you have any issues.

Here’s my user with a super weak Key (for testing)

I’m unsure which url is correct based on the output when I start the program. It shows 5 directories being created, but i don’t know if they are needed. debug: Binding POST route for /broadcast,/broadcastAudio,/custom,/chromecastAudio,/chromecastURL

Here’s my output when I test

For this type of inquiry, the /custom endpoint is the right one. I should go ahead and disallow posts to other endpoints; the error should be somewhat more opaque. Are you not getting audio back on your Chromecasts in response to the query? Can you paste the log when you use the second test?

You don’t need all of the endpoints necessarily; you can turn them off in config.json (each of the relays has an "on" property that you can set to false.)

Here’s everything from one example:
https://pastebin.com/Gv2e0W1r

Postman is the only complete API development environment, for API developers, used by more than 5 million developers and 100,000 companies worldwide. Postman makes working with APIs faster and easier by supporting developers at every stage of their...

Awesome, I’ll start in on a webcore thing and post it later.

I recall you were attempting to create an alarm clock that turned off after 2 minutes - I’ve added Chromecast control to the server (see README.md) which will allow you to execute a command to STOP an ongoing cast, using the same user. To use via webcore, just add another block with the call with a wait command.

Alternatively, there is a heretofore undocumented delayInSecs argument that the server accepts on most requests, in seconds that you can use. Let me know how it works out for you.

I’m still fighting with Webcore to get my test working.

I created a virtual switch to test starting and stopping a radio station.

Nothing plays, but it does get to the service:

Do you have a Chromecast group named global? The name used for Chromecast casting should be the friendly name, which is what the group or device is listed as in the Google Home app. It’s not a special string defined by this server, or anything. If you look at the early part of the log after the service starts, the cast engine should log all the devices it has found and their friendly names.

Oh, and in case it wasn’t clear, the place to define the correct chromecastFriendlyName is in config.json. See the docs.