Release: Data storage, Energy/Temp/Humidity Graphs and energy optimization back to you

SmartApp to log data to https://www.hundredgraphs.com and get graphs back from data, you can get it here 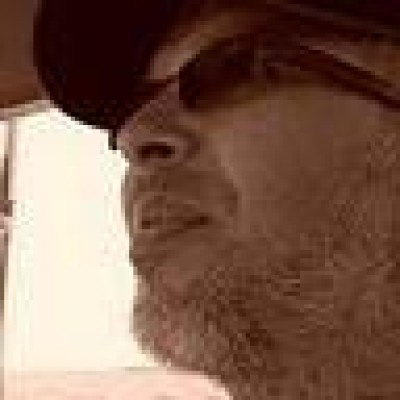 Logger for SmarthThings to HundredGraphs. Contribute to ipstas/ipstas-smarththings-hundredgraphs development by creating an account on GitHub.

HundredGraphs accepts any data (the dry/wet, active/inactive are converted to 1/0) and makes graphs out of it. The account is freemium with free data storage / graphs.

The energy optimization part is premium and in private beta for now. Industry research promises up to 25% of saving of your monthly bill.

Industry research promises up to 25% of saving of your monthly bill.

I’d love to see references to this research - and official rebuttals.

My instinct is that the value of consumer household energy use analysis is vastly overrated: Once a household has determined their high-power-usage items (e.g., old appliances, poorly managed HVAC, not putting computers or other AV devices to sleep, ensuring all lighting is LED), then all other gains are trivial - even if every remaining electrical device is continuously left powered on with the worst possible habits.

You are forgetting new incomers. Something like Tesla, which is HUGE, then solar batteries, you can decide you sell it or consume yourself right now. Even something simple like precool the house while you are in the office and switch off AC when you are back can change a picture.

And then the dynamic pricing (or multilevel) is coming too. It is already implemented in some areas (IL, Canada, EU), so you can play a lot with what is on or off now. (Charge Tesla in the night, switch off when demand is peaked)

Maybe when price is static and you have no Tesla and you live in Cali and your AC is mostly off, maybe then you don’t need it. But my bill on average is about 300-400 / m and I would love to save 25% of it. How much is really going to be is still in the air.

even if every remaining electrical device is continuously left powered on with the worst possible habits.

There is merit to heavily managing power consumption and cutting down on vampires when not in use. A TV, a network switch and a streaming device can add up to some 30W. That is 22kWh, sure it only adds a few bucks to the monthly electric bill, but that is also one TV in the house.

Like I said to the sales guy in a dealership when we were bargaining about last $6 / month.
“I can buy beer for that!”

That was the last straw. I won

… cutting down on vampires when not in use.

It is a real shame that in 2019 “vampire power usage” is still an issue. I haven’t found any current research that proves it, but since folks keep some electronics for several years or more (my TV is like a decade old…), the old wasteful draws will continue.

I still contend that once a household has spent a month doing measurements and identifying the big draws and vampires, there is no need, nor significant incremental value, in continuous monitoring. It is a fad that will spin up and then fade away.

During that lifecycle will be a period where electrical utility companies will offer more and more detailed online usage data and even household audit services for outliers - for free; since lowering the overall grid usage is in their long term interest. It has already started with many utility companies offering smart thermostat discounts, and online data, etc., etc.,.

For example an utility in IL offered us to have a switch for AC controlled by utility so then can switch it off during peak demand. For some discount on electricity of course.
Utilities are very interested in that type of service, they are mostly buying the energy on the open market, so the less they sell you during peak time, the better they are

still contend that once a household has spent a month doing measurements and identifying the big draws and vampires, there is no need, nor significant incremental value, in continuous monitoring. It is a fad that will spin up and then fade away.

That’s the main reason I couldn’t bring myself to spend $300 on Sense Energy Monitoring, as much as I wanted to do it

Me neither, $300 and then you have nothing back except graphs. However, when we are talking about using what you have already (and mostly all smart plugs have energy monitoring function), then it is another story. So in my opinion it is win/win. If at the same time I can spend less with the optimization function, it is like a cherry on the top of that cake.

And if I ant to add a whole house monitor, it is about $90 for Aeotec or even less when you catch it on sale.

Whatever is, I want to know how much we spend for our hot tub

about $90 for Aeotec or even less when you catch it on sale.

I bought my v1 Aeotec HEM for $20. It was a real eye opener. It has led to many changes in habits and appliances that resulted in over 50% savings on my electric bill. So I do believe that optimization can achieve 25% savings.

It has led to many changes in habits and appliances that resulted in over 50% savings on my electric bill.

Can you share some of the changes your household made that resulted in these savings?

While every household is unique, surely some of your findings could be immediately useful and very valuable to readers here. Thanks!

So I have an AVR that for some reason draws 35watts when you turn the power off by pushing the button putting the AVR in standby mode…Discovered this when I put it on a power monitoring smart switch.

However, if you cut power to it by turning off the plug then turn it back on, it only draws .05 watts. So yeah, it’s still a thing.

I had to create a Piston for it but this is after years of sucking money out of my pocket.

So I have an AVR that for some reason draws 35watts …

Turns out that rough calculation for annual cost of a device on 24x7x365 is $1 per watt.

I guess that pays for 1 smart outlet.

Sure I went overboard with the Smart devices and the laws of diminishing returns kicked in long time ago but still overall happy. As long as ST stop screwing the pooch.

I know we’re off the original Topic, but perhaps @ipstas can rename and respawn.

I appreciate your personal example.

I have to believe that power companies or other researchers can quantify and rank the list you made.

For some homes, lowering HVAC usage may no longer be further possible (or not a desired sacrifice).

But I’d sure like to know if auto controlling my kitchen lights (and the complexity and bother of this) is of trivial benefit compared to putting my TVs and AVR on smart plugs - for example.

You are right on the money, this pretty much sums it up…

old appliances, poorly managed HVAC, not putting computers or other AV devices to sleep, ensuring all lighting is LED

My biggest impact on the electric bill was switching the water heater and electric oven to natural gas.

I know we’re off the original Topic, but perhaps @ipstas can rename and respawn.

I am all in

It proves my point why I had initially created it.

@ipstas Thanks for your work on this. I’ve been looking for something different! I’ve registered for a HudredGraphs account and I’ve installed the smartapp. I pulled the API key from the website and used it in configuring the smartapp. Its been 30 minutes or and I’ve yet to see any data sent to my feed. What am I missing?

Going from electric to gas isn’t really a big reduction in overall energy consumption, though. I realize that electric heating has less efficiency than gas, but as the grid becomes based more and more on renewable fuel sources (wind, solar, hydro), I wonder if it is more environmentally sound to use electric heating over gas…

This is something I’m struggling with for a cabin. Right now it uses electric heat. I could use propane, and the local utility just ran natural gas lines to the area, so I could get NG, too. What to do…

Off topic a bit: is there such a thing as a z-wave or zigbee gas meter? Has anyone integrated gas meter readings into SmartThings?

How does this compare (functionally) to a local install of Grafana and InfluxDB?