I originally created a NHL Game Notification app for my wife so I could send notifications for her favorite NHL team (go Pens!) as well as flashing lights and play the goal horn over a wireless speaker. Once I shared it, there was also interest for other sports as well - so I created a Sports Notification app to start to address these requests. 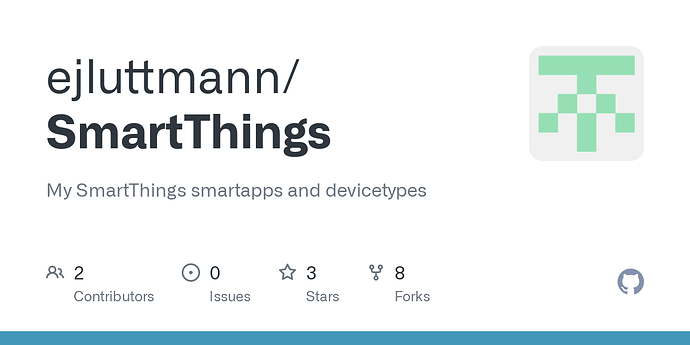 My SmartThings smartapps and devicetypes. Contribute to ejluttmann/SmartThings development by creating an account on GitHub.

Hi Eric,
I have installed both the apps - sports notification PARENT app and NHL notifier.
I did PUBLISH the parent app - but NOT the NHL child app - as in most cases this is the practice, but if I am wrong please advise.

I set up the NHL notification from within the Parent app (Sports notifications).
I did not see an option for any other sport such as football or MLB etc as I expected …but not other child apps for each sports type either… so I am not clear on the process and ability to pull in other sports.

Thanks for the guidance.
A

so to possibly answer my own question … is there currently ONLY NHL available (child app) and more is to come … this is the set up and prep for that ?

How’s the delay from when the goal is scored to when anything happens?

That is how I am reading it.
I would guess each sport will get it’s own child app so they can be installed individually.

so to possibly answer my own question … is there currently ONLY NHL available (child app) and more is to come … this is the set up and prep for that ?

You are correct. As I have time, I will be adding additional sports.

I would guess each sport will get it’s own child app so they can be installed individually.

Correct, you will only need to install the child apps for the sport(s) your interested in.

Great - thank you for the clarification, and all the work you are putting into this !

How’s the delay from when the goal is scored to when anything happens?

Typically within 5 seconds or so.

Please do this for fantasy football!!

Please do this for fantasy football!!

NFL was first on the list for the next service I look into , I’ll definitely look into integrating fantasy football as well.

Thanks. MLB would be great also and the season is upon us. Fantasy football is a little tricky and there is constant scoring changes and various services. (Yahoo, ESPN and CBS are the top 3). My advice is scoring alerts should be for “big plays” that are customizable for both you and your opponent. Let’s say I wanted to be alerted for any 5 point change.

It im0roved for me from the previous app. It’s much quicker for me. Of course that’s using the test button. Still waiting for tomorrow’s game for real test.

I just updated the ‘NHL Notification Service’ to address an issue in which game status texts were not getting sent.

Sweet, I noticed last night I didn’t get pre-game notification. After game start was working.

Had some other odd behavior, but I want to see if it repeats again next game, before I say anything

Just committed another update for the NHL Notification Service:

@ejluttmann This is awesome, I haven’t ben able to use it yet but this is exactly what I was trying to build just for NHL but ran into parsing issues with the service (I dabble in Smartthings development). Can you sort the team names alphabetically?

I was wondering if you could add the ability of possibly playing the actual goal song for your team. I began storing the goal songs in AWS with a URL based on your team selection in settings. I was trying to mimic the Budweiser Redlight via Smartthings.

I can help build the audio files for the goal siren/songs if your interested just pm me. Great work, I can’t wait to try it out.

I’m not the man, but I can confirm it does all that already.

You just need to install it and see.

My horn upon goal is lagging, others have reported in the previous developed app of fairly quick horn and light playing. 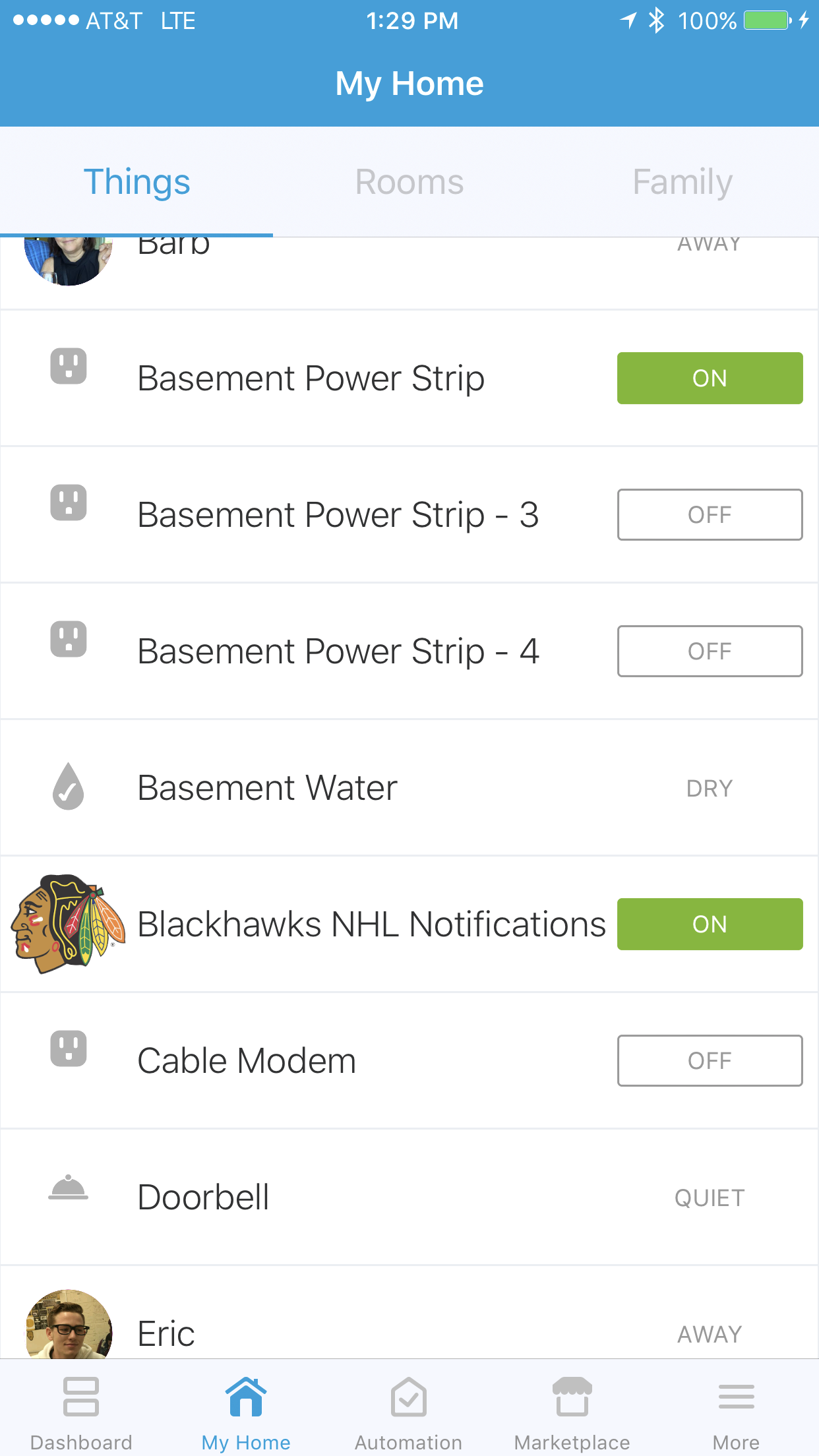 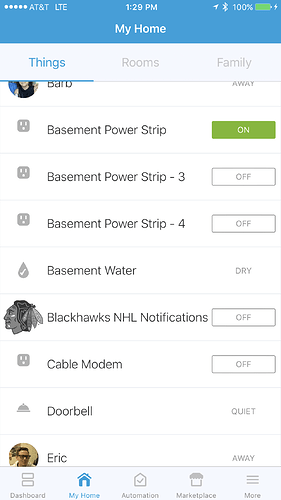 That’s pretty cool. That would be nice if possible to roll into the code.