I guess we have a new arrival sensor (z-wave) to look forward to.

New "Arrival Sensor" from Leedarson lets a home automation system know if you're coming or going -- like an iBeacon but with Z-Wave. (Julie Jacobson / CE Pro)

Yea I was thinking about the whole patent thing. Maybe because of the accelerometer? Or maybe because it’s a z-wave device and not zigbee? I believe the ST presence sensors are zigbee.

I don’t know how the accelerometer would help with this. Obviously it’s to have it go into a power saving mode when the sensor isn’t moving any longer. No idea what “magic” is behind it though. Maybe that’s the patent? I’m sure someone can dig up the patent docs that are pending somewhere. I’m too lazy to look for them lol.

I’ll be happy to check it out when it’s eventually released. Hopefully it’s no more than $50. But I’d be happier if it was in the $30 range, lol.

They’re listing this with a battery life of one month, and then you have to recharge it.

The patent pending part of this is they want to put in accelerometer in it which will know if you’re moving and then if it sits still for a while it will stop pinging the controller, which then would save battery life.

That part makes some sense except the device has to keep waking up to see if it’s moved and my guess is that’s going to be trickier than they think it is.

@anon36505037 is quite correct that zigbee has better power management than Z wave. It also has an automatic check in which zwave does not, and consequently uses less power just to manage that whole process.

Short answer is there’s no reason why this couldn’t work, but you’ll need to recharge the batteries much more often then for the zigbee fob. It might make sense for some Z wave only platforms, particularly for something to give a kid who doesn’t have a smart phone yet, but it’s not likely to make sense in a SmartThings system unless they make it super cheap so you can afford to have two and deal with the charging issues that way. And with the accelerometer logic, it’s likely to be more expensive.

Bout time there was some competition to the ST version!!

There is some competition in the US market, but the main competition is always going to be Wi-Fi on the phone.

This has now been zwave certified, but only on the EU frequency. And still not available to purchase yet.

Leedarson is a Chinese company, they may not intend to certify it on the US frequency, we’ll have to wait-and-see. 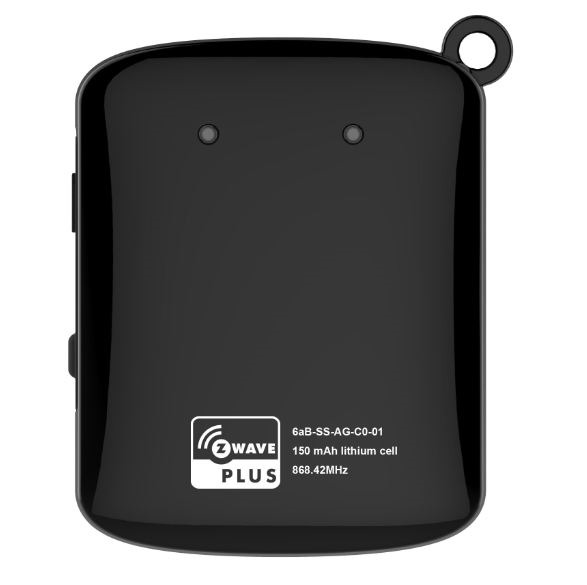 Arrival Sensor lets you stay connected with the people who matter most to you. By placing the sensor on your keychain, in a purse, in a glove compartment, or around a pet’s collar, you can receive notifications when a person, pet, or car arrives and...

This was posted recently, this month. The Plug will be released in the US according to the press release. Also, their product listing says it has FCC Certification. However, nothing has been found on a possibly linked FCCID.io page. This is cool that it will use a Li-on battery. I’ve broken 2 ST arrival sensors because of trying to change batteries. I’d be much more comfortable charging this monthly.

If/when this releases in the US, I will be developing a DTH.

The press release says that the smart plug is currently available for both the US and UK, but it doesn’t say anything one way or the other about the arrival sensor, and, as mentioned, so far they have only gotten it certified for the EU.