I haven’t received them yet, but I’ll be doing extensive testing shortly. homecontrols.com and discounthomeautomation.com both carry the dimmers, as well as direct from Homeseer. Homeseer will give you a 5% coupon if you add the item to your cart and let it sit overnight, or 10% off if you own the Homeseer program ( I don’t plan on it at this point ). Homeseer also apparently has some black friday discounts, but I don’t want to wait for that.

Dragon Tech dimmers were the same hardware as the Homeseer dimmers but they ran different software. There was apparently a way to reflash Dragon Tech hardware to Homeseer software, but it doesn’t really help now since Dragon Tech has disappeared and stopped importing more hardware. The 2016 dragon tech switches actually had the multi-tap recognition built in, but good luck finding any of them at this point.

I already run the phillips bulbs that Homeseer recommends and apparently don’t have the dimming issues, so I should be set on that end. I guess I’ll be the guinea pig on this one and test it’s latency against my Leviton VRMX1, but I don’t really expect double or triple tap commands to be instant because with smart things it will all be running in the cloud.

Note: Homeseer has already released one firmware update to their switches this year that fixed a bug and adjusted the dim rates and how they can be tweaked. This review mentioned it a bit: http://darwinsden.com/homeseer100plus/

I like that they have shown a willingness to update their dimmer firmware and add requested features. Just keep in mind you’d need a $40 USB z-wave stick from them to do it since you need to use their Homeseer software (the demo will work) to do the update. And you’d need to temporarily remove the switches from Smartthings and add them to Homeseer to install the update, so it’s not a perfect situation.

The older generation Leviton devices have reappeared in the database:

As for the zwave plus devices, you could write Leviton support and ask them. 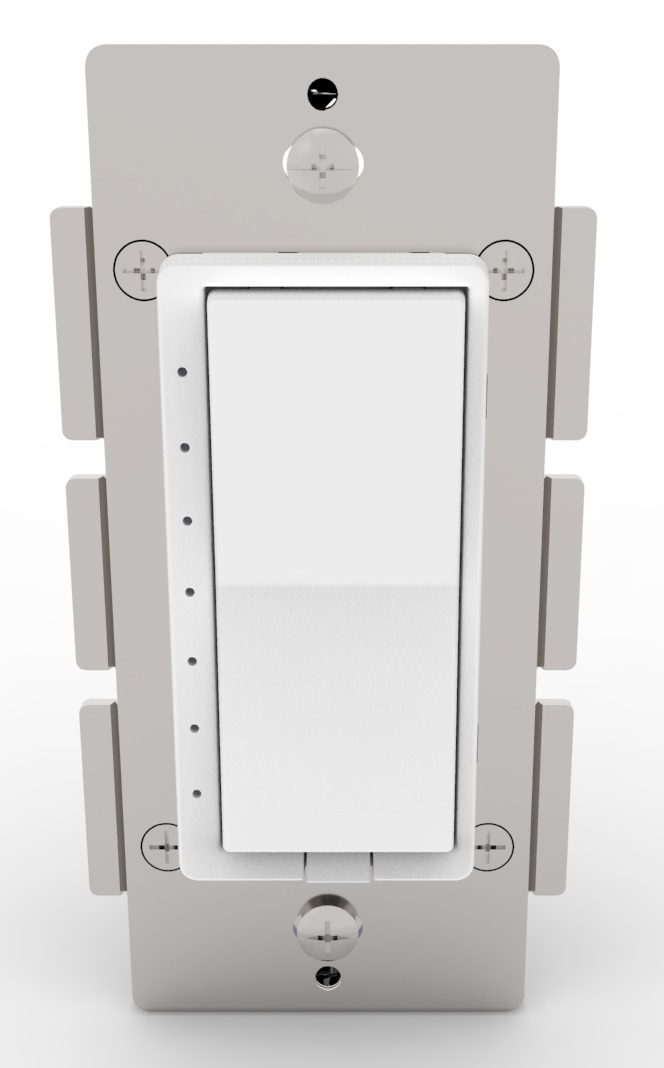 Yes and Yes. I tried several bulbs and the Sylvanias were the quietest, but still made some noise. Others seem to have a similar problem as evidenced here:

If someone finds out if the new GE dimmer switch doesn’t buzz please let me know, I want to replace mine that does buzz.

I’m excited that the Levitons have different settings for LED/CFL/Incandescent so will test that out tonight.

The site for the company that makes the GE dimmers (Jasco) does list some bulbs as compatible, but there are only a few of them. It’s certainly possible you just have ones that work with them.

I spent a good chunk of this weekend testing bulbs and looking at the compatibility lists on some of the sites. If you look at the compatibility lists, there are about a dozen listed on the Jasco site, hundred or so on the Leviton, and multiple hundreds for the Lutron C-L. If these still buzz I might need to change my hub to Wink and the dimmers to Lutron Caseta, but we will see…

and multiple hundreds for the Lutron C-L

Before I went to smart switches I had Lutron dimmers and fan controls almost exclusively in my home. Well made stuff. For some new chandeliers I installed with Cree dimmable LED bulbs I installed Lutron Maestros that said they were compatible with the bulbs I had. Nope. Horrible buzzing in the bulbs. So, take those compatability list with a grain a soft. I was a bit miffed too as one of the chandeliers was on a 4-way so the switch set up was not cheap.

Now, to be fair, when I installed my GE dimmers the bulbs still buzzed and changing to another brand of LEDs (Phillips dimmable Warm Glow) cured it 100%. But it does not take away from the fact Lutron had the older bulbs listed as okay.

So you really get what you pay for, at least with LEDs. Just bit the bullet and bought Phillips warm glows and they work perfectly and are silent. Still think the Leviton are much nicer looking and working than the GE, but the bulbs were probably the issue.

I just installed one of these on some Lowe’s Utilitech Pro LED retrofits, which have given me good luck with other dimmers I’ve tested in the past. They didn’t buzz with Caseta or GEs very much unless I got about 2 ft away. With the Levitons there is a faint buzz when I’m standing under them. I have to try to hear it though. Not a big deal. I do love the look of these. The paddle seems a bit looser than I’d like. Instant status works great. ST updates the brightness value about 1 second after I change the brightness physically on the dimmer. The issue I’m trying to rectify is that there seems to be no difference in brightness past 70%. Also, when they go to 100%, my LEDs dim ever so slightly after hitting 100%. I’ve been messing with the max brightness setting but it’s a bit wonky to adjust. EDIT: OK, I was able to trim the max brightness and now it’s working much better. EDIT 2: It seems it just limits the max % the switch goes. Now my max brightness in ST is 78%. When I slide it to 100% in the ST app, it corrects back to 78%. I don’t like how that works. The trimming should set that as the 'new" 100%. Anyone experiencing this too?

Does anyone know a way we can send commands to these switches to set the advanced configuration parameters? Do we need to wait until someone creates a Device Handler that exposes these values? I was thinking of dusting off my Veralite to try and set the parameters.

I’ve been waiting for these for a while and they finally showed up at my local Home Depot (East Windsor, NJ). I installed one yesterday and it works great and looks great.

Under “Advanced Options,” the manual lists everything that you can program, but apparently fade on/off time is only programmable via a Z-Wave controller (at least, they don’t give instructions on how to set those via the paddle). Anyone know how to set these options with SmartThings or is there no way currently? Is someone going to need to write a SmartThings app to do this?

It wont need to be a SmartThings app, customer device handler can be configured to allow the user to make those changes from within the device settings. It may take a while for someone to get around to it though.