Hi all - first post hope I am in the right forum…
Anyway I was hoping to get a ST v2 back in September at launch for my new house but there were some delays and now we are due to move in around end of January. So, I took advantage of the £50 off on Friday and picked up the starter kit.

My first question is - is it a problem for me to set up the V2 hub in my current place - just for test purposes and then move it over to my new house later? I presume it does not look at things like IP addresses - or does it? I will probably take my router with me so the only thing that will change is the gateway IP. The actual IP range of the network will be retained. I will probably just play around with the basics first anyway.

If this is a problem is it ok to factory re-set? Do you have to create a new account?

Thanks and sorry for the stupid questions!

Not stupid questions, but easy answers: moving is simple. Unplug everything, take the batteries out of the hub, take it to the new house, plug it back in, and assuming everything is still within range, run A Zwave repair utility and you should be good to go. Oh, and you should also use the SmartThings mobile app to change your home location.

It’s sometimes possible that the layout in your new house makes some devices out of range that were within range at the old house, so you might have to move some repeaters around or add a new device that repeats but other than that one of the really good things about zigbee and Z wave is that both are “self healing” mesh networks, which means they will figure out their own routing and addressing without requiring human intervention. So it’s really pretty simple.

In fact, typically the most difficult thing is if you keep your same mobile phone, because it can take the service provider about three weeks to figure out where your new home address is and get that populated out to everything. so for a while, your phone may think you’re still at your old house when you’re at your new house. Particularly if you keep the same Wi-Fi router and move it from one location to the other. However, that’s Chi whether you have smart things are not, it’s just the way mobile phone geolocation works. 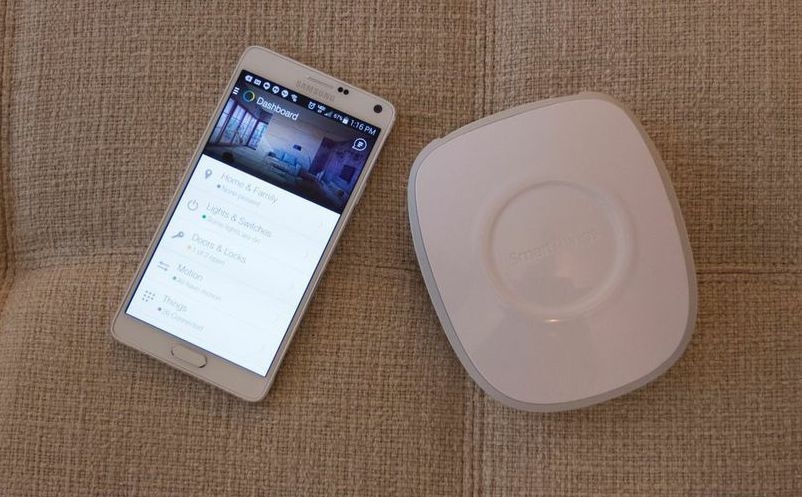 How to: Change Your Hub’s Location

One of the best things about SmartThings is that it’s completely portable. Whether you’re buying a new home, moving from one rental unit into another, or simply want to move your SmartT…

Excellent! Thanks that means I can have a play with it