ST is anything but a Security system. HA, or maybe HAHA (Half Assed Home Automation). The only reason ST is worth anything in the HA arena is due to all of the custom Smart Apps that the community developers have created and contributed.

It’s not zigbee. It’s the same band, but so are Wi-Fi and Bluetooth. In this case, it’s almost certainly nest’s proprietary version of weave since that’s what the other Nest devices like The thermostat and the nest protect smoke alarms use.

Welcome to Nest support. Learn how to install, use and troubleshoot your Nest products. Get help articles, diagnostic tools, videos, and contact info.

Nest Protects operate on a Nest-developed protocol called Nest Weave that uses 802.15.4 and Wi-Fi 802.11 b/g/n. This combination allows multiple Nest Protects to remain connected to one another even if your home’s connection to the Internet stops working. Nest Weave was developed for its reliability, security and minimal power consumption advantages.

This system hits most of the checkboxes that you would expect for a purpose built security system in this price range:

Also note that the new cameras no longer require you to buy a monthly service plan to get facial recognition and some of the other advanced features. That’s interesting.

Individual devices are all relatively expensive for the low-end, but still in the low-end. It will be interesting to see how this package does in the marketplace. And whether somebody comes up with a HomeKit alternative or whether nest adds HomeKit compatibility eventually.

This system hits most of the checkboxes that you would expect for a purpose built security system in this price range:

And frankly, Nest tends to get it right. They may have detractors due to monthly fees etc but their execution, reliability and user experience is excellent.

I have two thermostats (Gen 2), three Dropcams, one Nest Cam and eight Nest Protects (Gen 2). Very happy with them. Truthfully I’d like one or two more outdoor cameras (I already have a Nest Cam in an enclosure as I implemented before any outdoor version was available). The cost of the additional cameras is a hang up for me but, once I can do it I will as I know I can rely on them. And now I have another outdoor camera option (albeit even more $$$ lol).

I don’t think I’d ever spring for their security system. I already have a hardwired, monitored system that is rock solid.

Added with JDs comments and being a bit biased as an owner of many Nest Indoor and Outdoor cameras, a couple of Nest Thermostats and Protects, this closed system and the solid reliability that it has served over the last couple of years has proven itself. Now add in the additional security piece with keypad, siren and sensors, they can gladly lock me up in their pocket. Having this kind of system interwoven with a product line that covers an ootb eco system for a basic security system without hodgepodging devices from all sorts of manufacturers to try and create a security system is a great thing. Im not talking about home automation here. I’m talking about peace of mind just around security and monitoring. I would rather have all these pieces tied together in a system and with that reliability sealed, then begin working outward with compatibility elsewhere and then around Automation. ST had touted security early on. Security they are not! And just because they are compatible with so many devices across Zigbee and ZWave doesnt mean a whole lot of anything, if none of it is reliable and cannot be counted on 100% of the time. Their direction or approach in my opinion only hurts the market place in my opinion. Hey don’t get me wrong, I love the automation I can do with my ST when it wants to cooperate and devices aren’t dropping or ST doesn’t have some sort of ridiculous downtime or failed firmware or application deployments. But people have to put way too much effort into ST to keep it maintained and/or working. I will take a solid security ecosystem first over any piece of automation. The order that Nest will cover this, in my opinion and having all the Products tied into their system is a better approach to get to the end game. You don’t have to agree as it’s just my opinion as to where I see things going. ST is a great concept, but other companies will take some of the ST successes and build a better bread box. Just because you can, doesn’t necessarily mean you should.

The Nest Detect door sensor also has motion detector, a button to disable that sensor and LED. LED indicates that the sensor is deactivated and/or it’s a motion nightlight. Just watched several videos on their Twitter, looks pretty nice. Would love to have a zwave keypad/motion sensor/siren like their Nest Guard. AeoTec, are you listening

YES. I AM YELLING!

AND WHAT THE HELL IS WRONG WITH SAMSUNG?!?! SUCH SIMPLE DEMANDS TO INCORPORATE THIS “STANDARD” STUFF! JUST FLAT OUT IGNORED.

MAYBE THIS (COMPETITION) WILL GET THEIR ASS IN GEAR!

Samsung has too many hands in the cookie jar, or maybe just too many cookie jars, period. Rather than perfect one thing, they are just kind of a jack of all trades in too many things. They are all over the map without a distinct destination.

A good example of how tech journalists get led astray when they just look at the marketing instead of the specs:

Everybody seemed excited about Nest’s big event on Wednesday. New products! Several of them! New direction! Much needed for a company plagued with security flaws, product defects, and loads of other problems. But the most innovative thing that Nest...

If it weren’t for Action Tiles, WebCore, and the semi integration of Nest products with NST Manager (major shortcomings with Android) and a handful of other custom Smart Apps, their friggen hub wouldn’t be worth a $20 purchase. ST needs to revamp from scratch, starting with this cloud based crap, configuration backups, cell backup, and a complete overhaul of their so called mobile application. Lol Favorites! What an awesome app!

They don’t need to revamp anything… it’s 95% there, they just need to add the simple missing things we all have been DESPERATELY asking for… simple as that. Do it Samsung.

Remove the “frustration factor” that is so common anymore with everything these days, Samsung.

The thing that will ultimately be ST’s demise is the complexity (i.e. device handers to jimmy rig missing features) … most people like us here utterly love that, but not everybody. If I was to leave all this up to my wife/kids, ST would end up in the garbage)

I have gotten a couple of private questions, so yes, the nest app is fully accessible. (I use it myself.) They have worked very hard on that and are frequently featured on resource sites for people who are blind or have mobility challenges and rely on text to speech. 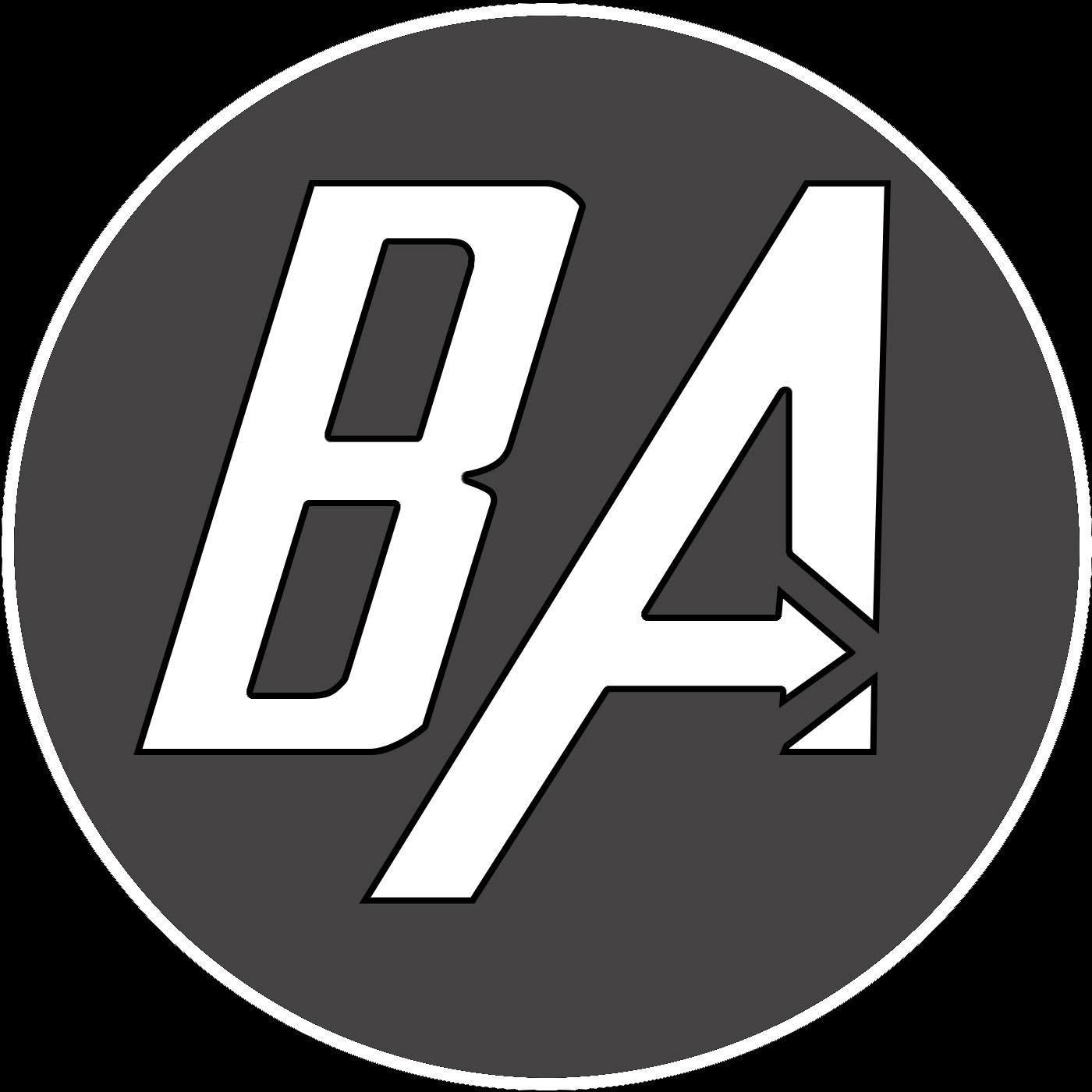 Nest makes a Smoke and Carbon Monoxide Alarm that talks right out of the box! With an accessible app from Nest one can be informed of the location and type of detection by voice from the Nest Prote…

An inclusive Internet of things: accessibility in the palm of your hand » Simply...

In the physical world, it is nearly impossible to make a fixed object accessible to everyone. In the connected world of the Internet of Things, digital brings us accessibility where the physical can't.

Take the Nest Thermostat or the Nest Protect. They’re already connected via wifi and “paired” with devices. The device settings and status can be accessed directly via the apps. And as long as those apps are accessible and include everyone, we’re making those devices that are part of the Internet of Things accessible too.

And They do have beta testing groups that include people with various accessibility challenges.

SmartThing’s isn’t perfect, neither Nest…if someone combined the Nest Secure with SmartThing’s into a combined product…that would be nearly perfect

Nothing’s perfect… but no excuse now.

would be perfect to get some ST integration. I have my Qnap NAS setup with cameras to handle the outside and inside security. I would love to buy the NEST system to handle all of my inside home security. I just want the motion sensors to tell ST to turn my lights on when motion is detected or when I disarm the alarm when I get home. Right now I would need 2 sensors for every area to do this.

this industry is too fragmented and ST needs to start innovating fast.right now I hoping someone can provide a hack to integrate both systems.

Sorry. I just don’t trust google. If I can avoid buying their products then I will. I do hope that this lights a fire under samsung.

Does anyone think that also might finally get their cameras runnijng smoother because of Google releasing neat iq cam? Like I said before, I’m hoping Samsung will start moving much faster in fixing what needs to be fixed.