Does anyone know if the new Neato Robotics Botvac Connected vacuum cleaner will be able to be controlled by SmartThings?

There’s no integration at this time. Do they have a documented API?

To my knowledge roombas are currently the only ones that can be controlled by smartthings. It may be able to be hacked by spark core and wifi functionality added that way, but with out way to communicate to it wirelessly it won’t be possible to integrate with smartthings.

Don’t think there’s anything out about the Neato API for the Connect yet… it’s just now announced. I’m thinking that they might be open to integration, since they have a whole programming guide for their USB interface (telnet)

I am committed to integrating the Botvac Connected.

I have the unit and have attempted to reverse their API but I can only get basic information before the encryption is too thick to work through. I have reached out to Neato to see if they can provide some additional support for me.

I will likely just fork the Roomba project (Smartthings Roomba Control via Thinking Cleaner Version 1.5.1 Released) and add compatibility for Neato than request it be pulled into the latest version to allow user to select either Roomba or Neato as their bot type.

Feel free to PM me if you’ld like to work on this together.

Any updates in here?? Just got a Neato Connected, today!

I’m pretty interested since the wife got one for Christmas too. Any updates?

There has been a breakthrough on the Neato Connected API

Ok, finally got myself a robot vacuum cleaner. The choice fell on the new "connected" Neato cleaner so I could have it integrated into my Home Automation system (I thought). You know the drill.. Send the cleaner out when were not home (Armed Away)...... 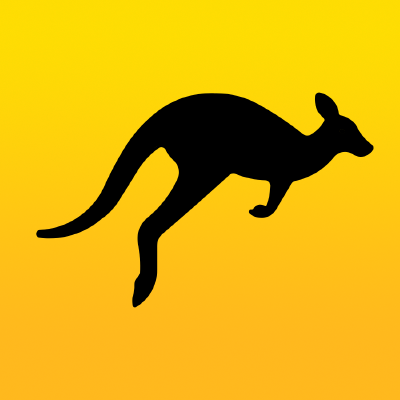 Contribute to kangguru/botvac development by creating an account on GitHub.

I’m currently trying to install the Ruby Neato API web server on a Pi and getting ST to interface with that by modifying the ThinkingCleaner device type.

It looks like that the client generates a security certificate in order to communicate with the Neato API so not sure whether the logic can be ported into a ST device handler to remove the need for the Ruby web application.

I would like it if you would share your handler. Do you have it checked into GitHub?

No need for Raspberry PI with new version https://community.smartthings.com/t/release-neato-connect-botvac-connected-series/60039 I have modified the ThinkingCleaner Device and ThinkingCleanerer Smartapp to work with a newly released Ruby based API to communicate with the Neato Botvac Connected API. Instructions and screenshots below. This would have been a lot harder without the following: Original ThinkingCleaner Device and ThinkingCleanerer SmartApp @sidjohn1 Botvac API backward engineered and Ruby Client by https://github.com/kangguru/botvac [image][image] Set up Raspberry PI (assuming image such as Raspbian already installed) i. Install Ruby Gems package sudo apt-get install ruby gems NOTE: If you already have ruby gems installed, ensure it’s updated by running the follow…

My Neato arrives Tuesday. Help me understand why a Raspberry Pi has to be in the picture? I’d rather not need this added device.

The botvac is not a zwave or zigbee device. Which is what smartthings needs to communicate with devices. the botvac is a wifi device and sends all of its information directly to neato through the internet. Unfortunately Neato has not been kind in providing a way for smartthings developers being able to access that information so we can control and read it. So the raspberry pi is a device that allows the developers to provide an interface between neato and smartthings.

Instead of the raspberry can I use my Windows Home Server which is already hosting one of my Smartthings servers?

It’s because the Neato API requires an SSL certificate called neatocloud.com.crt for access which apparently is not supported on the ST platform. This means ST can’t talk directly with the Neato API. So someone made a Ruby app that can talk to the Neato API which is what the Neato SmartThings Device Handler works with. It doesn’t need a Raspberry Pi, you can run the Neato Ruby app on any platform that can run Ruby (Windows, Mac, Linux, etc.) although you will have to adapt the Neato Ruby app installation instructions for different platforms.

Got it… Could this also be done with a PC that is always running on your local network also? This would be ideal for the many who are not attracted to the idea of getting a Raspberry Pi.

Hello hackers!
Let me introduce myself, I am Roberto Ostinelli, Neato Robotics’ Director of Cloud Services.

I’m impressed with the work that you’ve put into integrating with our robots! Great job!

Given the interest we’ve seen on this and other forums, we’ve listened and have just released the Neato Developer Network, which might hopefully be of interest for some of you here.
You can become a developer with just your Neato account from here:
https://developers.neatorobotics.com

You will find official documentation and SDKs for JavaScript, iOS and Android (for now, we plan on expanding to other languages too!).
Simply put, as a developer you can create your own OAuth apps that interacts with Neato robots.

A demo of what you can achieve with the JavaScript SDK can be seen here (just login with your Neato account when requested):
https://developers.neatorobotics.com/demo/sdk-js

Please note that all of this is in Beta, we’re a small team but are doing our best!

Given the interest we’ve seen on this and other forums, we’ve listened and have just released the Neato Developer Network

This was the only thing keeping me from buying a Neato. Looks like I will need to re-think that now

This means if someone writes an smart app/dth for it, we connect ST directly to the Neato without a raspberry pi?