I’m looking for some devices and I’m wondering if they either aren’t made or there are that few companies that make them.

First I’m looking for a hardwired (110v) with battery backup Smoke/CO that has the interconnect wire for other devices on the chain so they all can go off together and Z-Wave. FirstAlert makes a battery only Z-Wave but no hardwired and I haven’t found anything else that will do this.

Secondly does someone have something like the Anotec Gen 5 Multisensor 6 but for outdoor use? Specifically in a potentially cold area (-20F through 100F)? It wouldn’t be in a “wet” location (overhang) but I can’t find anything rated for that temperature. I realize battery drain is a issue but I could potentially run power or a 5v USB wire if needed like what the Anotec needs. I’m looking for motion, temperature, and if possible light level.

Maybe there jsut not out there yet but I figured you guys would know.

I have a couple of the Aeon Multi sensors outside. they work fine just make sure you install them right side up as the bottom has a couple holes for the humidity and temp sensor. smoke detectors. If you fine hardwired ones let me know I would love to have one to tie into my existing network. 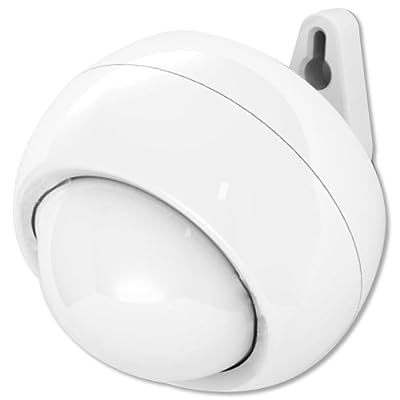 The new Gen 5 have a USB connection and when powered they update real time (http://aeotec.com/z-wave-sensor). But they are rated at 14F - 122F and we’ve had a couple -18F days this year and a bunch of -20F days last year so I’m afraid it will stop working. I did really like the ceiling mount kit you can get as it would be in a overhead.

(Threads in the devices category are generally limited to one device class, so I’ve moved this to projects so you can get all your answers together.)

Both these topics have been much discussed in the forums. There are no PIR motion sensors specifically for outdoor use because temperature fluctuations, even those caused by a cloud passing over the sun, create too many false alarms. In fact the Aeon sensor itself recommends disabling the motion detection before using it outdoors as a temperature or light sensor. More discussion in the following topic (this is a clickable link):

All individual motion systems have a lot of false alarms outdoors because wind blowing across the sensor will trigger often trigger it. Rain sometimes. And on a bright day, cloud movement may trigger enough of a change in temperature to trigger it. Professional security firms solve the issue with multiple device systems. There are three common approaches. trigger beam. A two part device with a beam between them. When the beam is broken, the notification is sent. Deer can still trigger it, but wind and clouds won’t. In very strong wind conditions, a branch or lawn chair blown through the beam will trigger it, but that’s OK with some people, it just depends on where you want to use it. @johnosstyn has a detailed discussion of the system he uses under the laser trip beam topic: zone d…

People have gotten some good results with a sensor in a sheltered location, both the Fibaro and the Aeon, but it just depends on your exact setup.

Another alternative to handle false alerts is to use @Mike_Maxwell 's excellent zone detection smartapp which requires positive on multiple sensors to go off before reporting.

As far as smoke detectors go, see the following thread:

Another alternative is to get one of the audio detectors which recognize smoke alarms and can then send a notification. Since that notification could be sent to IFTTT, that gives you indirect integration. I believe Both the Kidde RemoteLync and the Leeo can do this. This type of set up works with any existing smoke detector, because in the US smoke detectors have to use a specific acoustic pattern. So the notifier device just listens for that pattern, then sends the notification.

The RemoteLync and Leeo both look neat but they are Wifi and not Z-Wave. Was really looking to be able to detect and then turn on the lights and unlock all the doors, open the garage too. I didn’t really think about connecting the existing ones so thanks for that link on the connected smoke alarm. All mine are Kiddie also so that might work really well. Not exactly the solution I was looking for but it should work.

The outdoor motion would be used for a porch with three sides and a roof so I’m not overly concerned with wind/rain/etc. I am however concerned about most devices temperature range and the thing simply working outside in potentially -20*F air.

Thanks for the links

The RemoteLync and Leeo both look neat but they are Wifi and not Z-Wave. Was really looking to be able to detect and then turn on the lights and unlock all the doors, open the garage too.

You can do all that using SmartThings as the “man in the middle,” but the question is how much lag there might be. But then that’s always a question with SmartThings since most things don’t run locally. Even having a motion sensor turn on a light may require a trip to the cloud first. As do all notifications.

Anyway, any device that can send a text can become the “IF” in an IFTTT recipe, and you can use the SmartThings channel as the “THAT.”

I personally don’t use SmartThings for anything that might involve critical safety issues. The combination of mesh topology and cloud architecture introduces too much uncertainty for my needs. But that’s just me.