Looking for a corded AND battery-operated motion sensor(?) that triggers failover events

I’m a complete n00b to the whole home automation ecosystem, only recently decided to jump on this bandwagon, so please forgive me if this question is lame

The goal is to implement a notification when a power outage occurs (and, ideally, when the power comes back up). My modem, router and ST hub are connected to a UPS and thus should be capable of communicating with the big-world-out-there when the power goes kaput (at least for a couple of hours).
Based on what I’ve seen already discussed in quite a few threads here, ST hub itself - sadly - lacks any such capabilities, so we’re left to improvise.
I see people going mainly with the ST Motion Detector to be used as the device that signals the failover, but I hear its latest version has caused some issues with the integration; seeing far less than stellar reviews on Amazon doesn’t help to sway the decision this way either. Even considering it’s on sale for a mere $20.

So, basically, I am looking for an alternative thing that will do the job of triggering an event that can then be used by IFTTT.
Doesn’t have to necessarily be a motion sensor - but in my searches, I can’t find any other class of devices that would have both permanent power and battery backup (not to speak about its being kind enough to signal the transition between those)… Which, come to think about it, makes some sense.

The new Aeon Multisensor 6 seems quite promising, but I need to know if it’s capable of signalling the failover event - couldn’t find any indication either way online.

Any other recommendations? Preferably within $50-$60?
Thanks!

There is a possibility to use a WebCore piston that monitors the ST hub power source that would send notifications when the power source changes to batteries/mains, but it isn’t working for me. That said, I don’t know if it is a problem with how I created the piston or the functionality itself.

Also, the disadvantage of doing it this way means that the ST hub needs to be plugged into the wall, and the hub battery isn’t nearly as long lasting as my UPS.

Hmmm… How long does your hub hold using the batteries?
I haven’t tested that myself, but imagined it would be more than just a few hours, no?

Oh, and thanks for the WebCore idea, I’ll definitely look into this.
Would you mind sharing your code just as a reference (even if doesn’t seem to be working)?

As long as it doesn’t have to be a motion sensor, there are a bunch of Devices that can be used to detect a power outage. There are some that you can buy from Amazon for about $60, or you can make one yourself for somewhat less.

To see what other people have done, including discussions of the specific devices, look on the quick browse lists in the community – created wiki, in the project report section, on the list for “power.” There are at least three or four relevant threads there.

If you just want to go straight to the one you can buy, here’s one: 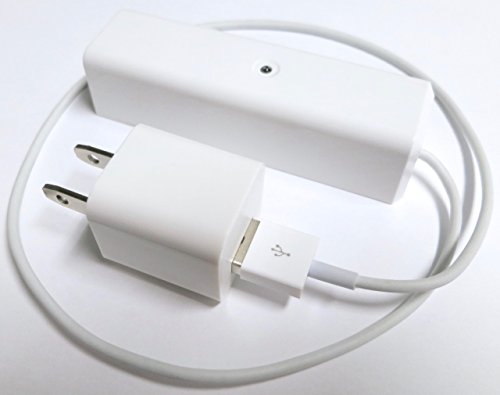 This Power Outage Sensor will monitor any 100-240V AC outlet or any USB power source for On/Off status. Receive an alert message via your z-wave hub in the event of a power failure and *when power is ...

Why not plug your hub on a UPS? Even if they are separated, it does not pull too much power so a small UPS would be fine.

Kirk, of course it can be plugged into the USB, but the whole concept behind that idea is to be able to distinguish between the times when the hub runs on batteries vs. main power.

I am not saying it’s necessarily the best possible idea, it was just the premise of that part of the discussion.
If it’s behind a UPS, then it’ll never know when the power is shut off (well, not until the UPS runs out of juice).

JDRoberts, thank you, I will take a look in this direction too.

As for the existing discussions - I tried searching the community and browse by device type, but have probably missed the “power” section. My bad.

This is what I use

At our home we often experience voltage fluctuation on our electricity supply with multiple surges. (Not just us – It happens to the whole of the street) The consequence of this is that the RCD on our main fuse board often ‘trips’ knocking all our sockets off (The RCD is unfortunately now a legal requirement in the UK) This tripping is not a problem when we are at home – a quick trip to the garage to reset the RCD doesn’t take long (although resetting all the digital clocks is a pain – I need to replace them with battery backup ones) All my computers, SmartThings, network routers/firewalls etc. are covered by about 6 hours of UPS backup so short term blackouts are not an issue and we often lose power completely for 2-3 hours at a time However; when we are not at home a tripped RCD cou…