Leviton DZS15-1LZ Decora Installation problems. LED Locator light is on, but won't turn on my lights

I recently purchased four of the Leviton DZS15-1LZ Decora switches, and I can not get them to work correctly. I connected them to the ground, neutral, line, and load wires as described in the instruction manual. The green locator LED turns on, but it will not turn on my lights. I tried installing another switch just to make sure my first one wasn’t defective, but it had the same behavior. At this point i’m stumped. All the other switches around my house work perfectly fine. I am not trying to install these in a 3-way location. Any help would be appreciated.

Is the location that isn’t working a 3-way?

These are dimmer switches right? Could it be that the dim level is low and the CFLs simply turn on? I had a GE dimmer switch with dimable CFLs and they would never turn on uless the dimmer level was >80%

I don’t think these switches are dimmers. Dimming wasn’t mentioned in the feature set. I just wanted to be able to turn the lights on and off. This is the switch i’m referring to: http://www.amazon.com/Leviton-DZS15-1LZ-Decora-Controls-Capable/dp/B00LEWQYHG

Here is a picture so you can see my current wiring. I’ll fix the stripping on the neutral wire later. Just trying to get it working for now

The manufacturer web site lists them under dimmers?

I think that’s probably an error that they’re listed under dimmers, because the just have a simple on/off switch, and there are no dimming options when I connect to them. There is also no mention of dimming in the instructions.

Here is a picture so you can see my current wiring

Is is possible that you have load and line reversed? That has happened to me before. What I logically thought the electrician would bring in as line would be a load wire and vice versa.

It’s also possible that the bulb is burned out

I did try reversing the line and load wires to see if that helped, but the behavior was still the same. The bulbs arent burned out because when i put my old switch back, the bulbs turn on perfectly. Im totally lost with these switches. Very weird.

When doing most simple electrical work, I can’t recommend one of these enough: 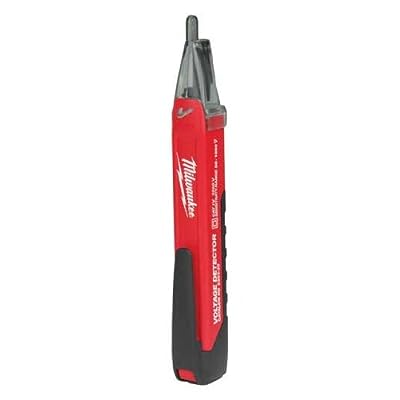 Pick one up and then you can easily figure out which is hot and if the switch is working (the load becomes hot).

When you plug in the old switch, where does the Neutral wire go? If it is wired in with a bunch of other white wires that is your problem, you are breaking the circuit by taking the wire out and plugging it into your switch. Use a piece of scrap wire to connect the switch to the bundle of white wires.

Thinking about it further, my plan was to install 3 of these switches in a 3 gang box which controls my kitchen lights as well as my back porch light. Do you have any suggestions on how to hook up a neutral to all 3 switches while making sure the circuit doesn’t get broken? It seems like if i tried to use extra wire to create 3 pigtails from the main bundle of five neutrals, then i’d need a huge wire nut for that. Now im also wondering… why are there five neutral wires in my box if they all need to stay together to keep the circuit going, and i can’t pull them apart to use them on my switches that need them?

If you have 5 white wires for a 3-gang box, you probably have 1 14-2 line (white, black and copper ground) going to the breaker panel for the source of the power, one line leaving the box and going to be the source of another box and 3 lines going to the fixtures.

Think of it like the power is flowing like water. It flows from the breaker through the switches which can block the flow. If the power gets to the bulb it can only power it if there is a path for the “used” power to follow back to the breaker.

You could hook the white wire bundle to one pigtail, then wire the switches to that pigtail with another wire nut. Or, though I’m not sure how up to code it is, you could wire one switch to the bundle of white wires, then new switches can be wired to the first switch by doubling up on the screw or, as in the case of the GE switches, use the second wire home for neutral.

Note: On phone in boring meeting, god knows how many autocorrect errors are in this [just reread it, I’m leaving the pressurised puppies in]

I ordered a 25ft roll of 14-2 romex from amazon for $7 so i could get some scraps out of it for some neutral pigtails, but when it got here, i noticed it was thinner than the wires in my wall. So then I realized I have 12-2 wires in my wall since all my circuits are 20 amp. Now I ordered another pack of romex, this time 15ft of 12-2 for $8.40. This has definitely been a learning process, but i feel good knowing i’ll easily be able to install and troubleshoot stuff like this in the future. 3 more days until i get the 12-2… then I can finally get these switches working. Thanks again for your help

I read that regardless of the devices you use, you should never add 14-2 wire to a 20 amp 12-2 circuit, because the full load still runs on all the wires in the circuit, and it could catch fire. Im just using the 12-2 to be safe and keep the wiring consistent throughout the house.

this. Whereas technically pizzinini is correct and as long as the device downstream from the switch isn’t drawing more than 15 amps you will be fine (there are multiple lights & switches on that circuit and if they each drew 20 amps the breaker would trip if you turned on more than one light). It is always best to overengineer stuff like this for safety, especially when you don’t exactly know what you are doing.

Current flows down the path of least resistance, so generally you could run 12-2 from a 20 amp circuit and branch off a bunch of 14-2 for each light switch and the total amperage on the trunk could reach 20amps, the individual branches wouldn’t exceed the amperage that is being drawn by the lightbulb.