I ran across the Pure Jongo Speakers the other day and at first they seemed like normal Bluetooth speakers, but it looks like they also use WiFi! Has anyone else looked at these? If possible to integrate these would a nice alternative to Sonos.

I too have been looking into these speakers as an alternative to Sonos. I would be very curios if ST will be supporting integration for these in the same way they have for Sonos.

Could anyone from ST provide an update to this? Is it on the radar? Sonos products are so expensive, and these sound just as good as far as I’ve heard around.

Why hasn’t anyone connected these to ST yet? They’re half the price of Sonos. I wanna buy Pure Jongo and also have ST integration but not spend the money on Sonos.

2 months ago, Samsung announced some brand new Samsung Wifi speakers that look like artillery shells. If Samsung purchased SmartThings to get into the smart home market, it would make sense there would be a push to use their own Wifi speakers in place of Sonos. As other threads have mentioned, ST will soon be using the new Samsung Webcam. Makes sense they would do Samsung Speakers eh? All a guess. But that being said, I would expect the ability to use non-samsung Wifi speakers after the official Wifi speakers come out to be more of a reality. I know alot of us are not content waiting lol 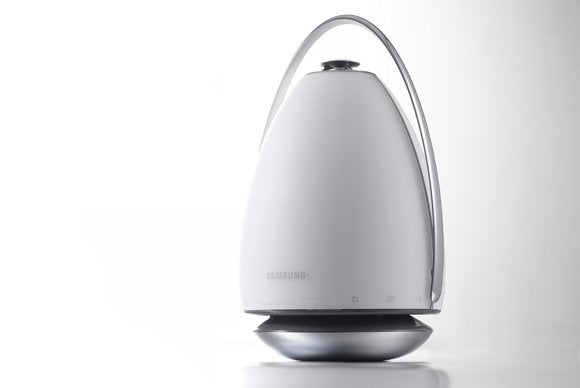 Samsung tips its hand ahead of CES, announces new wireless speakers and sound...

Hah I spoke 1 day too soon! Using this new code you may be able to use your Jongo speakers at, at least, a basic level for music playing and notifications! RELEASE Generic Media Renderer (DLNA Speakers). Cheap Sonos Alternative (Update V2)