Looked to see if there are other IntesisHome users within the ST community. If you have one, you know what it is. Just looking to commiserate with other folks about how they may have integrated Scenes, IFTTT, and perhaps ST.

If you don’t know what it is:

IntesisHome is an IR internet/Wifi bridge that allows communication to and from AC units. It is for those of us with split ductless AC units or other AC units that do not have in-wall wiring for a thermostat.

I have one. It does not work with ST. I too wish it did, as otherwise it is a very nice device.

I have asked Intesis about api access, really nothing coming as near as I can tell. They do some stuff with ascii locally, but this is a problem with ST to do bi-directional communication. Ideally they would offer a local rest interface, or a cloud interface, but alas none I see in sight.

The zxt120 is a “bridge option”. It can control many of the hvac systems (well at least mine), and has a dth that works with ST. It’s challenge is it is an early zwave device (talk only), that does not “report” real status back from the hvac system (it can report temp at the zxt120), and it can “tell you” the last command it sent (i.e. it assume you would never change state without using it). This can be a pain when the family uses the hvac remote to do some changes (or you make changes via Intesis).

I have found that with an intesis, and zxt120 you can control the system from ST, and the intesis does a good job of telling you (but not ST) what the hvac system is doing now (it is a bi-directional communication device when properly installed). I.e. if I change things with the zxt120 (or the hvac remote), the Intesis knows (in its mobile app). However if you change things with Intesis, neither the hvac remote or the zxt120 have a clue.

Not pretty having two devices to do the job of one…but that is all I have found.

Intesis could own this space if they fixed their api access.

Thank you for your experience. Ah, yes, no ST connection. I’ve attempted to write go-between’s using IFTTT, Zapier, Google Sheets. Let’s say it’s not pretty either and I’ve not been able to get it to work.

I connected/wired up the stereo hardwire window sensor to the Intesis IR and it works well with my sliding door. I was trying to use an ST door sensor to do the say, pause the AC for a minute while the door is open.

You run into issues with Intesis not outputting the proper formats to simply not being able to get the right data you are in need of. I’m going to keep plugging away at it just to fill some hobby time.

How handy are you with CoRE? Do you know anything about https GET? I feel I’m close to something and this is the last piece of my puzzle.

I have 2 IFTTT’s running along with the Intensis Notifications. So if the temp is changed or the power is changed, I get an email. The IFTTT’s then take those emails with the data and pipe them into spreadsheets.

So I now am able to know the power state and temperature of the AC unit. Great. Now what I need to be able to do is poll or GET those values out of my spread sheets and into a piston.

Any assistance would be great if you have the knowledge. Thanks.
Alan

Just an FYI that Intesis also makes a WiFi unit model FJ-RC-WIFI-1NA (no IR… direct connect to at least Fujitsu) that provides full access to the unit’s features via their cloud-based management console. I know they also have an API and have had some discussions with Vera about an integration so ST might be a possible path.

If I had one, I would try to write a dth for it. I have the IR one that Intesis says no API access.

I got this working today via an ST virtual switch tracked on IFTTT to the IntesisHome service. A very simple app that turns on and off the AC unit via the WiFi module mentioned above. You can create multiple virtual switches to set different temp levels and change the mode using the same connection. Works well.

Whilst I dont have the skills to write this, I have been watching looking for an Intesis ST integration, I came across this on a Google Search…

Its not ST, but may give pointers (with credits to the author) for those who are capable of such things in ST…? 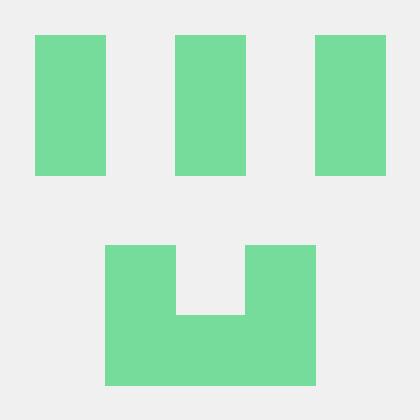 anyone know of anyone who can write a ST app for Intensis integration?

I wish someone writes a smart app for intesis

I also just got one and hope the same thing… I have the MH-AC-WIFI-1 unit.

Hey guys. I am working on an integration with Intesis. Since Intesis HTTP API is locked down, the idea is to integrate with WMP (ASCII) devices. I have implemented a proxy service in golang that translates HTTP to ASCII, so ST communicates with proxy using HTTP on local network and proxy communicates with Intesis boxes using TCP/ASCII over local network. Sending commands and receiving updates from AC looks good.

I am currently working on a thermostat DTH, if anyone wants to collaborate reach out to me.