Changes merged and committed. Thanks!

People using this device type should be able to pull the update from the IDE.

There was a slight issue in the “Smoke” device type. It worked for SHM/alerts but the screen didn’t update for smoke. It’s been fixed…please update your device type for the smoke when you get a chance:

I made two modification of the standard Z-Wave Contact device so it can be used as a Smoke or a Carbon Monoxide sensor for those that are hard wiring their sensors in. The smoke device type also will appear in Smart Home Monitor as a available device. I did this because of recently adding my Kidde Smoke & CO sensors into some contact switches project I did here: Either pull from the GitHub or add my GitHub to your IDE. Hopefully someone finds them useful. GitHub: vseven - SmartThings_VSeven - master

I have all CO/Smoke Combo detectors in my house, does it distinguish between the two with the single wire that runs between them or do I just pick one or the other and get the relay for that?

It sends a different single for each. So to integrate both you need both sensors. With that said you could “cheat” and tie both sensors into the same contact closure and save yourself $30 but then you wouldn’t know if it was really smoke or CO.

A+ project Allan. About an hour of work, less than $40 in components. More effective than the $80 pair of first alert zwave monitors I returned. Kid tested, mom approved.

Thanks for creating your device handlers (and this guide in general). I’m having one issue though: the smoke sensor shows up in Smart Home Monitor but the CO sensor does not. Is there something special I need to do?

I don’t have my CO in SHM either, you are correct it doesn’t see it (just the smoke). Lemme look into the device handler and the docs on SHM and see why.

Sooooooooo…apparently SHM won’t see a Carbon Monoxide Sensor even though its a good type in there documentation. It will see something that lists its capabilities as a “Smoke Detector” even if I then give it the CO images and say its CO.

So in the interests of being able to add it to SHM I modified the CO DTH. Download the update from the repo and it should show as available.

Allan - Thanks very much. I see you removed the CO Detector capability from the DTH, but do you think there’s any harm in leaving it in there in addition to the Smoke Detector capability (in case SMH gets updated to correctly support it -or- some other SmartApp that can use it correctly) ??

I didn’t wanna leave both because there are sensors on the market that are z-wave that do both. I emailed support with a link to this thread and asked if there was a reason why carbon-monoxide detector does not come up in smart home monitor even though when you click the smoke sensor button it says at the top smoke and carbon-monoxide.

What I got back from support about including CO into SHM:

Thanks for reaching out to us! This is a great suggestion, and I have made a feature request, as well as notified our engineers. Although I definitely cannot promise this will be implemented, if we begin to see more user requests for this, our developers will definitely consider adding this to a future update.

So please put in a support request and ask that this be implemented. It should have been in the first place.

Thanks! Opening a support ticket now. It should definitely be implemented - says so in several places right in the configuration pages.

Here is what I got after a little back and forth with support - it seems they don’t officially support standalone CO sensors even though they exist in the documentation:

Thank you for your reply! The reason why you are unable to have your CO detector separate from your Smoke detector is because we do not support stand alone CO detectors. The supported device is a Smoke/CO combo by first alert that is identified in SmartThings as a Smoke detector, but it detects both!

Hmm, I have to admit I’ve never thought much about this, but when the first alert zcombo device detects CO, does that show up in SHM as smoke?

I would think it does report as smoke…it definitely will with the change I just made.

Hopefully enough people will say something and they will add it separately, it really should be.

Well that’s really weird. I saw your change and was quite confused. Okay for now I guess.

Other then the obvious power outage disadvantages are there any other negatives to not using batteries (like having to reset the system)?

Not sure what purpose you’re looking for, but the relays mentioned in the OP are connected to the same 120V wiring as a hardwired smoke/CO detector.

I don’t think I was very clear in my previous post. I am looking for a way to power the ecolink door sensors other then using a cr123a battery, preferably I would like to power the ecolink sensor from the 120v line. I referenced the battery eliminator above because it does accomplish that goal.

Two reasons I do not like the battery eliminators are; 1 they are cost prohibitive at over $50 each, and 2 they would require wiring in a 120v outlet to plug the brick transformer into. 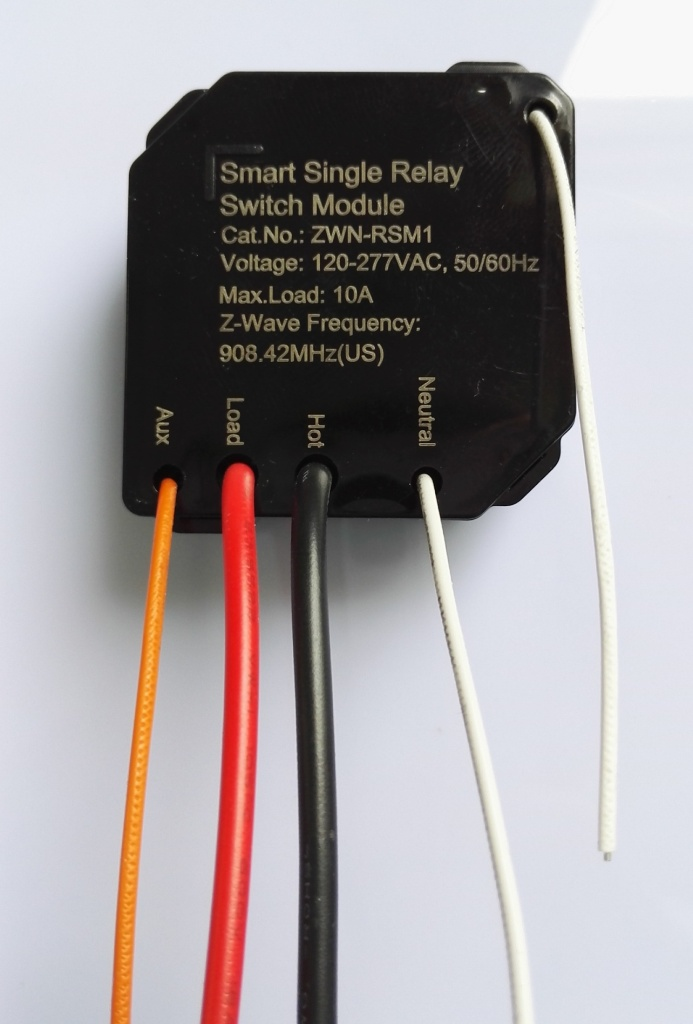 You will find in the sm120x instructions that it has a 9V DC wire as well. Like you I was hoping to hardwire the contact sensor. Unfortunately that 9v doesn’t supply 9v at load and drops to 2v which isn’t enough to power the contact sensor. So I ended up following what I had done with several other sensors which I documented here:

This is much cheaper than your battery eliminators which I had looked into.