Idea in place of a switch for lights

@JDRoberts likes to make life easy and simple for us here but if you are still thinking of going the hard road then you can have a peek inside your light fixture box for an Aeon micro switch. High chance you will have load, neutral and line there.

I am going to take a look as I hit another snag. I just remembered that her light (ceiling fan) has 3 bulbs but not normal size bulbs…the socket is a lot smaller. Do they make smaller socket hue or tcp bulbs?
When I get a chance I will pull the ceiling fan down and see what all is in there, it that where you meant for me to look @Navat604?
Thanks,
Scott

If it’s a ceiling fan, we’re in a whole other world. Don’t even start taking it down unless you’re really comfortable with electrical work. And photograph everything, including all screw attachments, before you disconnect anything.

My suggestion instead would just be to put a lamp with a smart bulb near her bed, and then set up controls for that however you want. You could still add one of the battery powered switches on the wall for it. She could still control it from her phone. You could give her a little Aeon Minimote for it. Just don’t fool with the fan.

Hue light strips are really popular with kids, you can get a lot of nice effects with that and probably get the alarm clock affect you wanted.

Or you can get a striim light bulb, which changes color and can play music. That’s a fun effect for a kid’s room too.

Look at the Wi-Fi striimlight, not the Bluetooth model. @obycode wrote a device type for it.

Thanks @JDRoberts, I was not looking forward to taking the fan down. I have replaced them before and they are not fun.
I like the idea of the light strips. She has a Murphy bed with a cove of shelves inside of it. It would be nice to add a strip or two in that and have it gradually increase the light to wake her up. This would also make a nice light at night for her while she is reading or laying in bed.
Thanks for all your advise!

Is hue the only light strip that will work? I just briefly looked and it looks like the hue is around $90. I was hoping to not spend that much and that one is colored which I am sure she would like but does not necessarily need.
Thanks,
Scott

Good point! The Osram light strip is on the official “works with smartthings” list and is noticeably cheaper. 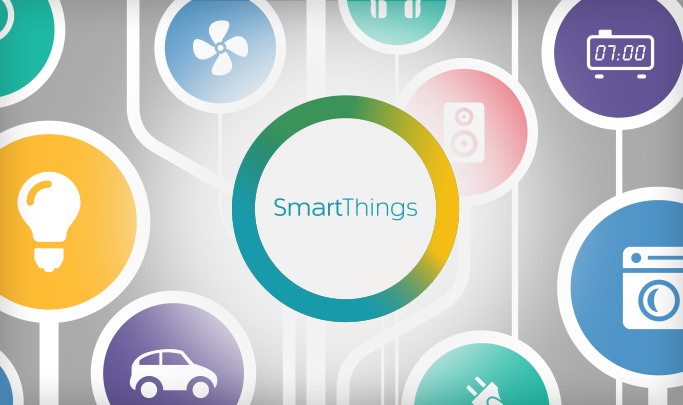 We’re excited to announce that six new devices are now compatible with the SmartThings open platform.

Reworking on ceiling fans doesn’t have to be terrible. If you have a third hand person for 5 minutes, that’s all it takes to get the fan off the ceiling base, and hang it 6 inches lower on temporary hooks. You make hooks from coathanger wire, 6" long with 0.25" loop ends, to hang from the screwholes in the ceiling base, to the screwholes in the fan base. Then you can wire at leisure without your third hand holding up 10# of fan motor.

If you do put something like Aeon microdimmer in the fan housing, then you probably could wire the fan builtin lightswitch to the input of the microdimmer for local on/off control. That’s a guess. The wallswitch has to stay on.

The Osram is a lot cheaper and I get 3 2ft strips, one for each shelf

I may have to try those out, and they are colored too

Be careful about the 3- 2 foot strips, they are for different length adjustments, it will not come with the necessary equipment to have 3 independent strips connected out of 1 box. To do that you would need 3 power supplys. But if the cabinets on the Murphey bed are next to each other you could drill a small hole to string this through.

Again I don’t own this product so someone who does correct me if i’m wrong. =)

Oh so they are meant to be connected together? Thanks!
One other question as I was reading another thread on them: do I need the controller for them?
@JDRoberts, I was on a thread you were on about these (still reading). Can these be paired directly to the ST hub or the hue hub? I saw on BB’s they have an expansion kit which is only $29, I would love to try that one.
Thanks,
Scott

So after researching a bit I think I now understand how they work, I was confusing the Controller with the Gateway. The Gateway is not needed as the devices will connect directly to the ST hub, but the controller, which is the Zigbee connection, connects to the power. The expansion pack I mentioned just extends the pack mentioned above and does not include the power connector or controller.
It also looks like you can connect up to 30’ to one controller, each strip looks to be 2’ in length.
Do I have that right?
This looks like a really cool product and I am already looking at the GardenSpot for outside around my deck

The only thing I dont like is it looks like then do not sell the controller and power adapter separately so you could just connect separate 2’ sections.

I may pick up the kit after work from BB and will let you know how it works out.

Thanks everyone for your help.

It’s just too bad they did not sell these is smaller quantities or individually, can’t have it all

I may get the kit and decide from there if I want to spend another $30 on this. I would be able to use the leftovers if I bought another light strip set for somewhere else.

Just an update on this. I did buy the Osram kit from BB and connected all 3 together around the back of her bed.

Her only complaint right now is she has to open her phone app just to turn them on and would like a button or switch she can just hit to turn the lights on (full,white) and off. Then if she wanted colors she could just open the app.

I had bought a Minimote to assist with my V2 hub migration and may just give her that. I could set 1 button for on, 1 for off and maybe the other 2 with a predefined color.

I know there are battery powered buttons out there (like scene controllers) but are there just single push buttons yet?

If not the Minimote should work for now.

Thanks for all the suggestions!

Most door window sensors have a normally open contact on them, you could make a housing and wire a regular push button switch to the contact. but a v1 minimote is probably less expensive and looks better. 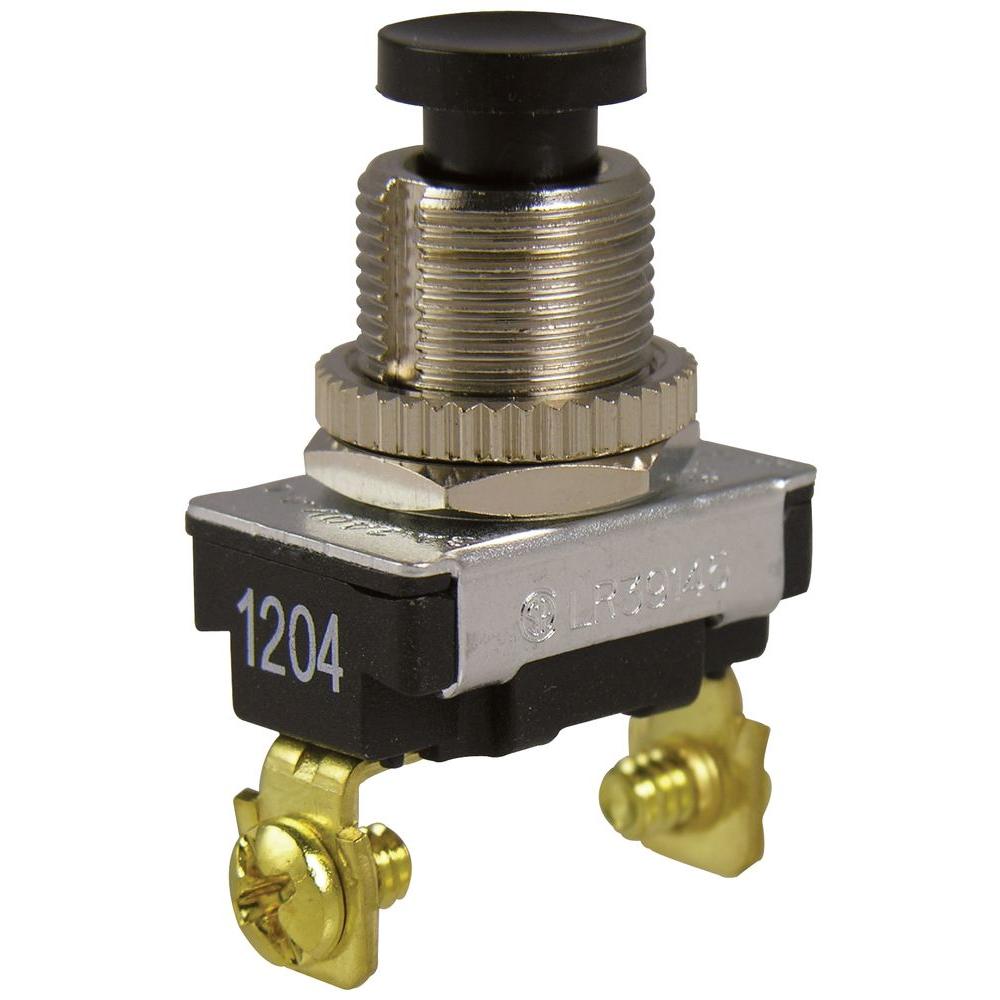 Enjoy the Gardner Bender 3/6 amp Momentary-Contact Push-Button Switch GSW-22, push button designed to be normally off and momentarily on at The Home Depot

Then associate the door contact to toggle the light

My suggestion would be to build the color cube for her. If she has a place for it to sit on her shelf. My guess is that most teenagers would love this. There are six sides on a cube, so you end up with six possible functions, one of which will be off.

Let her help build it, and it’s a great introduction to three-dimensional physics. And a practical light control on top of that.

You do you need a multisensor that has an accelerometer, so that’s a cost, but for the price of two Minimotes you get a super cool light control and A really interesting practical science project.

I built a wooden cube that has a sensor inside that talks to the Mood Cube SmartApp to control my Hue bulbs. Each face has a colored wooden inlay (held in place by magnets) that tells you which color scene will be activated. Hidden behind two of the circles is the bolt that holds the cube together. It can be easily disassembled when I need to replace the batteries. Here’s a video: [image] Just thought I’d share. I can post photos of the build process if anyone is interested. EDIT: Added some photos of the process since a couple folks asked. Enjoy! The building blocks. I bought these online somewhere. [image] Glue and clamp. Each half (4 little cubes) were done separately. [image] Drill a hole for the Multi Sensor [image] Multi Sensor removed from plastic casing and fits snuggl…

Alternatively, the $15 securifi key fob has three buttons. It’s tiny, though, so you might want to hang it on a hook so it doesn’t get lost.

Great idea and yeah I should involve her in building it. I think I may have to do that and the cost is minimal.
Do you have a recommendation on a multi sensor?

Great idea and yeah I should involve her in building it. I think I may have to do that and the cost is minimal.
Do you have a recommendation on a multi sensor?

I think most people just use the SmartThings multisensor, but any ST-compatible acceleration sensor that has an XYZ capability will work. That’s really all you’re doing, grabbing the orientation along three axes. You might ask in the mood cube topic and see what people have used.