I need battery switch that works when hub is offline

Hi,
I love the Aeontec wallmote. It still needs a device handler, and dosent work when hub goes offline.
Is there a zwave or zigbee switch that works when smartthings is offline?

Is there a zwave or zigbee switch that works when smartthings is offline?

The 4 button Aeon Aeotec Minimote has local-execution, as far as I am aware.

You’ll need to be more specific about what you want it to do.

Possibility 1: the cloud is unavailable, the hub is still working, and the Devices uses a local DTH

Remember that only the official SmartLighting feature and a few bits of Smart Home Monitor can run when the SmartThings cloud is not available. So as long as the hub is still working, a Switch that can “run locally” should be able to trigger SmartLighting automations.

As @tgauchat said, at one point the minimote using the stock device Handler could run locally. If it still does, that would work.

But also any device that can use the “zwave Switch generic” DTH. For example, the Ecolink battery operated Smart Switch should work for on/off, but then you won’t get battery reporting. TRULY WIRELESS SWITCH PRODUCT HIGHLIGHTS Install it over an existing toggle switch to add Z-Wave functionality Control lighting remotely via Z-Wave and receive status updates if the switch is operated manually Perfect if you're renting or don't want...

Possibility 2. No cloud, no working hub, used only to Control Devices of the same protocol

If you are talking about the hub not working at all, there are still some possibilities.

(in some of the following cases, you will need the hub to set up the initial match between the controller and the target device, but after that, it’s OK if the hub stops working.)

There are a number of Devices which can be matched directly to a few Devices of the same protocol, and those will work even without the hub.

This approach can sometimes create an out of synch condition when the hub is operating, though, because the Switch could turn on a Light and the hub might think that Light is still off, at least for awhile.

Whether or not that’s an issue for you just depends on your exact needs.

Also, this approach requires that both the Switch and the Light are using the same protocol. You couldn’t have a zwave Switch turn on a Zigbee Light or vice Versa the way you usually can with SmartThings.

But if all you need is a battery operated Switch that can turn on some bulbs, wall switches, or pocket sockets in the same room even if the hub isn’t working at all, you actually have a lot of choices.

2A. Hue dimmer switch or Tap and bulbs of any brand connected to the same Hue Bridge

The only issue is that SmartThings may be out of synch for a few minutes.

2B. Aeotec Wallmote and other zwave devices

Since you like the wallmote, it’s good to know it has a lot of “direct association” options. So it can be used to Control other zwave devices in the same room, including zwave switches, pocket sockets, and bulbs, even if the hub is not working. Each of the 4 buttons can be set to Control a different group of target Devices. But again, the target Devices have to be zwave and nearby.

If the stock DTH for this runs locally, then it would be a 2 Button option under possibility 1. But that’s not what we’re talking about here.

It can also be set up like a hue Switch so that it controls nearby zigbee bulbs directly. 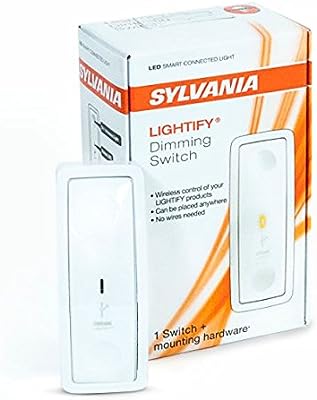 If your target Devices are Lutron Caseta Wall switches or Lutron pocket sockets, then the Lutron Picos work very well to Control those. You’ll need the Lutron smartbridge if you want SmartThings to also Control the master Light. 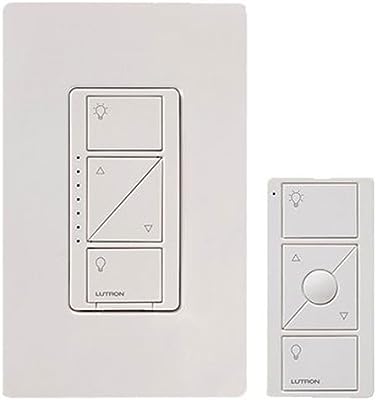 2E. Other Devices that have their own remotes

IHome pocket sockets like the ISP8 have their own battery remote which will work without the ST hub. This particular model has an official ST integration.

There are some other brands of wifi pocket sockets and switches which have their own remotes as well. The point is just that if a WiFi or Bluetooth device comes with its own remote, that remote will probably still work without SmartThings.

Conclusion: the Target Devices usually define what Controller Device Options You Can Use

So you can see there are many different options, but it all depends on the exact Devices you want to control and where they are physically located relative to the battery device.

You may even be able to use the wallmote: but only if the target Devices also use zwave and are physically within about 15 m of the wallmote.

Thank you for your response!

Yes, I mean when the hub is not connected to cloud.
Therefore, need device that will work on local DH

Thank you for your response!

Yes, I mean when the hub is not connected to cloud.
Therefore, need device that will work on local DH

Are you in the US or Europe? The device selection does vary somewhat. Wallmote is sold in both regions, but the frequency is different