How to control 2 devices with 1 switch

Have you tested to see if the loop actually stops? I’ve seen IFTTT set ups go into infinite loops, but it probably depends on how the receiving channel handles the requests. If it informs IFTTT of each request you have a problem.

IFTTT is listening for a state change. If the light is already on when it receives the on command, the state is not changing. Therefore, the recipe wouldn’t trigger.

Edit: I just tested, and the loop does not stop… Back to the drawing board

i hear good things about Dim with Me, but haven’t tried it.

What make and model are the switches? If all 3 support association and the two auxiliaries are line of sight to the master then you can do direct association if the switches support it, but then SmartThings loses track of their status.

They are Linear WS15Z-1. How would I direct associate?

Linear WS15Z-1 does support direct association. You do need a primary controller to make the association. You can use a minimote for that, although to be honest I don’t know if you have to change anything about the way the minimote works with ST to do that first. The switches still have to be line of sight to each other, because the direct association only works on one hop, not through a repeater.

Here are the official Linear instructions, although again I haven’t tested this in a SmartThings installation, so perhaps someone with a similar setup can comment:

Big switch works. You just need to install it for each switch.

Big switch works. You just need to install it for each switch.

Thanks Todd. I did get Big Switch to work. I guess it just took some time to kick in. However, the delay is just as long as IFTTT, around 10 seconds. I’ll try the direct association if I can get it to work.

Ask linear, but from a zwave standpoint, sure, since they’re on different circuits in this use case.

The problem is they’re not using the regular zwave association, they’re using a manufacturer proprietary method. So I’m not 100% sure it can accept being an auxiliary.

Most zwave switches don’t instantly report to the hub when they’re manually switched. It has to do with a patent on that feature and none of the main switch-makers pony up for it. ST combats this by trying to poll the switch, but it adds a delay to status update when you manually use the switch. That delay is why Big Switch takes longer to work when you use the switch versus the app.

Right now I don’t think there’s a good workaround to shorten that delay.

I have a minimote on the wall next to the wall switch using the 3M Command Velcro and have one button single press to control three Philips hue ceiling bulbs. I just tried adding two zwave GE switches to one button push which worked just fine.

I have a long hallway with 2 separate light switches - that light 2 separate lights - is there anyway to have some sort of wireless switches that turns on or off both lights (not to have to rewire or carry phone or separate remote control) ?

I have a long hallway with 2 separate light switches - that light 2 separate lights - is there anyway to have some sort of wireless switches that turns on or off both lights (not to have to rewire or carry phone or separate remote control) ?

Smart lighting can do this, locally too assuming both are smart switches. I have a switch in my office that once toggled, toggles a smart outlet. You would need 2 rules though for each switch.

I wasn’t sure from your description if you wanted to leave the two original switches each controlling one light and add a third device that would control both or if you were just talking about each of the two switches controlling both lights.

If you just want both switches to control both lights, @ritchierich mentioned you just replace each of those switches with any smart switch that works with SmartThings and then use the official smartlighting feature as he described.

If you want to leave the two switches each controlling a separate light and add a third switch that will control two lights, you can do that as well. All three have to be smart devices that can talk to the SmartThings hub. There are a number of battery operated switches/buttons which could work for the third switch, you could put that anywhere you wanted.

or just use switches in the two original positions, but choose devices with double tap functionality

There are also some mains-powered smart switches which have a “double tap” feature so that, for example, pressing the top of the switch once would turn on the original light and pressing it twice would turn on both lights. Then you only need two smart devices, not three, but the usage would not be as obvious to guests since you have to know to double tap the switch to turn on both lights at the same time.

The switch choices available do vary depending on which region you are in.

If you are in the US, the homeseer switches and the newest GE switches have the double tap feature built in.

If you are in the UK, popp has a similar switch but in a UK design.

clarification - i have long hallway 1 light switch with bulb on one side and another 1 light switch with bulb - they are separate and are not connected in anyway. if i want to turn on all the lights in the hallway i have to first flip one then the other - which is impractical since i would have to go back the hall to turn off the other switch in the dark. they are not attached to outlets just regular switch on\off bulbs - is there something i can install that will send a signal to the other switch to turnoff or on the light - depending on what is selected at either or? (no phone app please)

Any two smart switches which work with the SmartThings hub can do what you describe, that’s the first answer that @ritchierich gave you. But you would have to have the smartthings hub to make it work. And the Hub will require a smart phone to set it up.

But once you have it set up, you wouldn’t need to use the phone app on a daily basis. Just pressing either switch would cause the other switch to also turn on once you have everything set up correctly.

Thank you - is there any other alternative? i dont want another device on my network - my isp charges by the device

This forum is for people who are using the Samsung smartthings home automation platform, so the assumption is that you will have a SmartThings hub.

SmartThings in this context (with no space) is a trademark of Samsung. 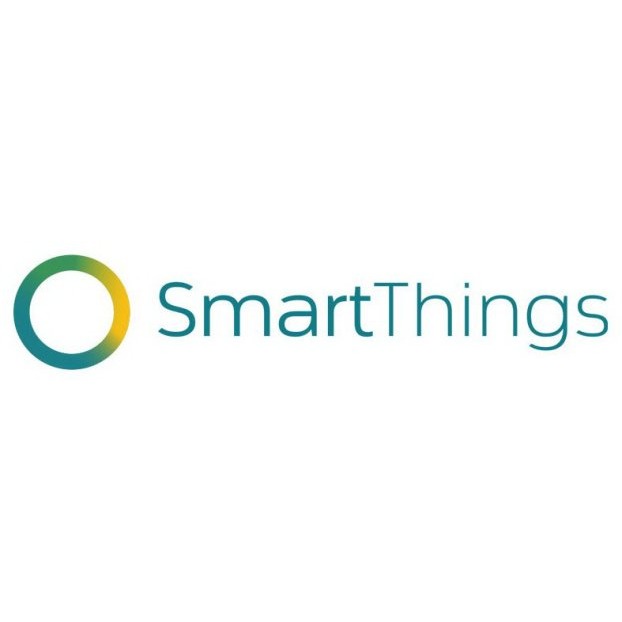 You’re welcome to ask questions about solutions that don’t require the smartthings platform, you just probably won’t get many answers, but people will try to help if they have an idea.

This forum intends to come up high in Google searches just because it’s a very active community.