Home Automation Options for People who are quadriplegic/quadriparetic

I am able to say “Alexia Watch TV” and she powers on the TV, Directv DVR, AV Receiver, and sets all the HDMI inputs correctly. She responds “Okay”.

“Alexia Watch TV OFF” works to turn everything off.

Does anyone have a voice solution for using a cordless landline telephone?

My wife could use her iPhone + Hello Siri however the majority of her incoming phone calls are through our landline.

I have an idea for answering calls using the ThingShield.
My shield should arrive Wednesday. I’ll report back as soon as I have it.

B[quote=“BBM3, post:8, topic:32549, full:true”]
Does anyone have a voice solution for using a cordless landline telephone?

There are a number of devices for this. Here’s a good selection. I used to use an Ablephone ($300), I think it’s one of the most popular.

That said, these days most people I know, including me, just forward the landline to the mobile.

Thanks for the link.
I know I can make a more cost effective solution now that we have Echo + SmartThings.
We use Ooma VoIP for our “landline”. We like having a bunch of old school cordless handsets spread around the house.
I am pretty sure that if we forward our VoIP calls to my wife’s cell it will only ring her cell?

I forgot to mention that, depending on where you live, your wife may qualify for a reduced cost or free handsfree phone. In California, you can get one free with a lot of different options, but I don’t know if they work with VOIP. Anyway I know it may not apply to you, but I just add it here for future reference.

As far as the forwarding, those options vary by provider, you just have to see what they have. Some of them do let them still ring on the house phone at the same time that they forward, some forward from the central office and don’t ring at the house. Some let you do several numbers in sequence so if your wife doesn’t pick up on the mobile you could have it ring back to the original phones. But again that’s going to depend on the provider options.

Thanks,
I’ll check to see if Colorado has a similar program.

Your local Independent Living Center should know of any equipment programs.

Wow that was fast.
Thanks.

On a different note…

“When receiving power, this bulb will act as a signal repeater to extend the range of your ZigBee mesh network.”

This $15.00 bulb is also a ZigBee repeater!
Once we start deploying our SmartThings devices into the far reaches of our house this will be an inexpensive way to keep everything connected.

Unfortunately, the GE link bulbs have a known firmware problem which is of particular concern to people with mobility issues. It causes them to drop off the network from time to time, and then they have to be reset, usually with the blink method. Which of course defeats the whole point of using the home automation system so you don’t have to fool with switches. This known problem is the reason that the GE Link bulbs are NOT on the official "works with SmartThings list.

As an alternative, you should be able to use a different Zigbee bulb. The Osram Lightify is probably the most popular for this purpose. The $15 Hue White (the new model which just came out and is replacing the hue lux) is another candidate, although that one is not officially supported and there are a couple of tricky aspects to it.

Anyway, I originally got some GE links and ended up replacing them because it was so much trouble resetting them when they went off-line. An able-bodied person may not care quite as much, but it is something to be aware of.

GE Links are the least expensive big brand zigbee bulbs you can buy, and, for whatever reason, they seem to sometimes have trouble reconnecting to the SmartThings network after power has been cut, whether it’s from a whole house failure or just someone flipping a switch. Or even just randomly from time to time. (SmartThings staff have confirmed in the forums that the reason the GE links are not on the official “works with SmartThings” compatibility list is that they have a firmware problem which causes them to stop responding to the Cordinator from time to time. Supposedly GE is aware of the issue and there may be a firmware update from GE in a few months, but no specific timeline and they can’t be certified as compatible yet. Meanwhile, they’re very inexpensive, but they do drop off fro…

I am just beginning with Echo + SmartThings so I appreciate your feedback.
If we have a problem with the GE Link Bulb I will consider the others.
We are only a couple of days into SmartThings.

I will post some pictures, a description, and maybe a video of what we are currently using.

This is my Wife’s iPad DirecTV homepage.
I made the buttons with Adobe. The buttons change state / shading from top to bottom to look as they are pressed, light a virtual led, and produce an audible “click” when pressed. 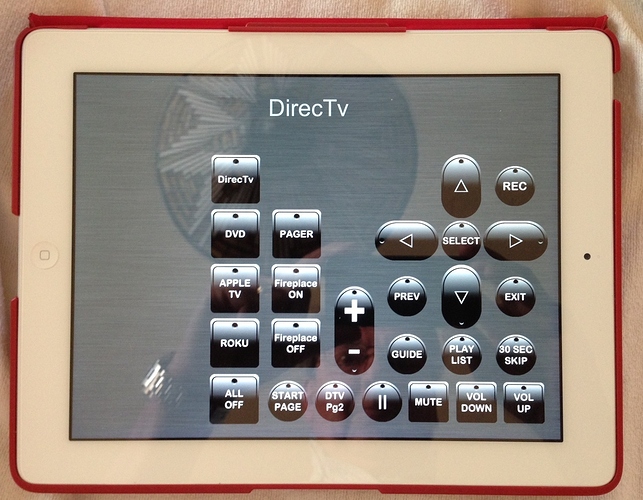 This is an XBee mesh network pager I made years ago.
We have these deployed throughout the house.
My wife is able to page me from her PC, iPad, and sip and puff. 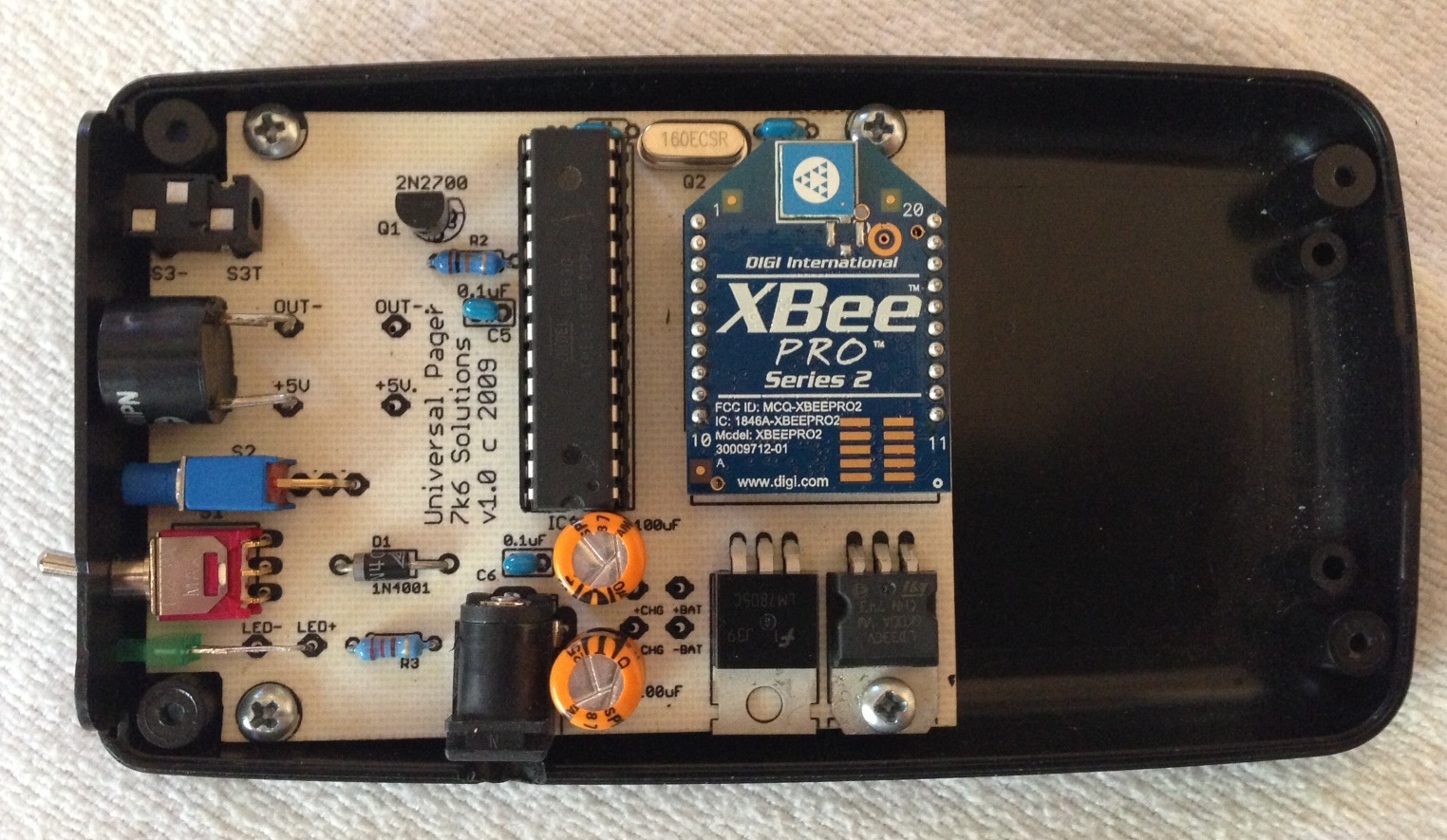 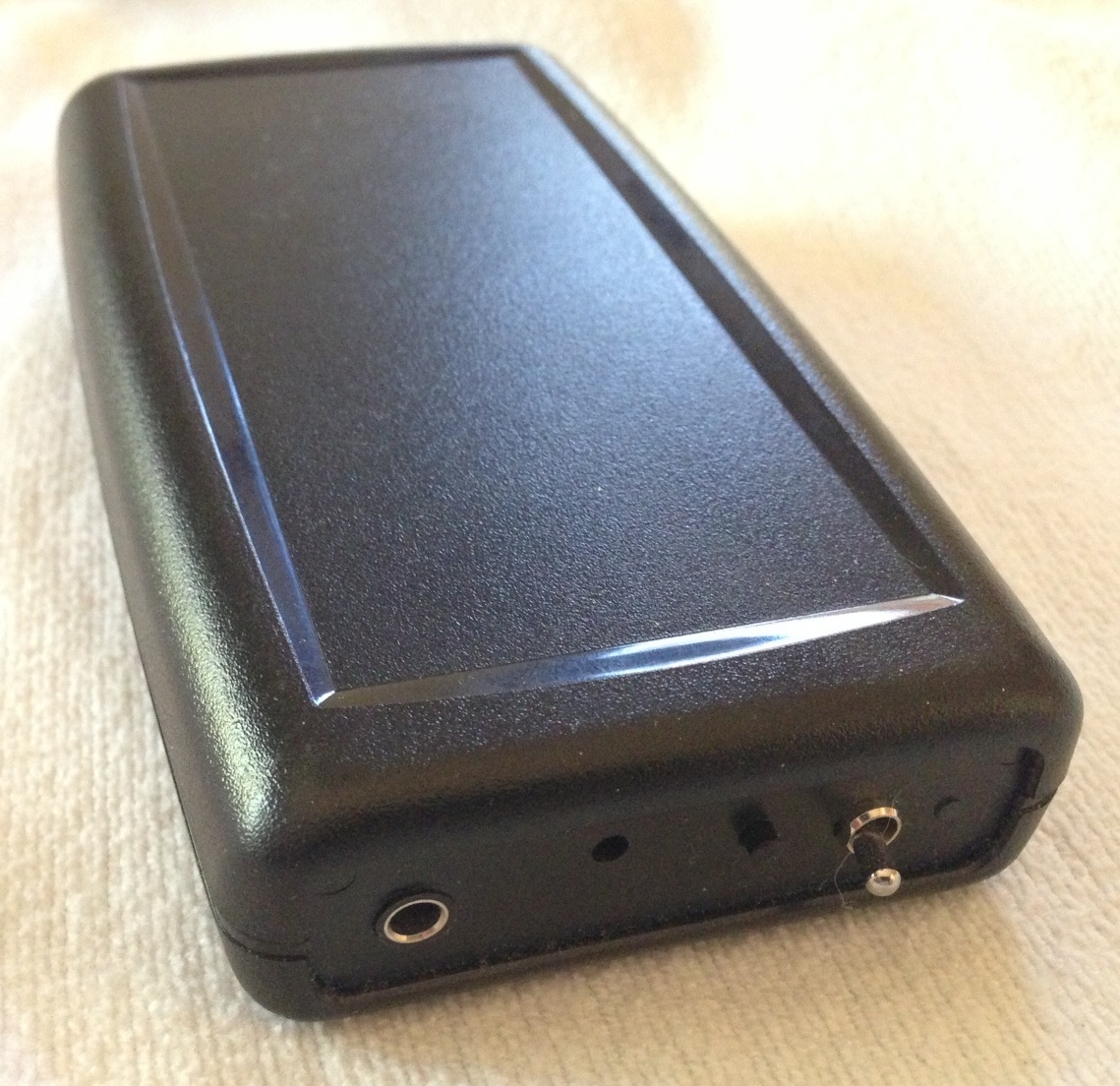 Here is an Arduino based IR to Relay board I made to operate a fireplace and our XBee mesh network whole home paging system. 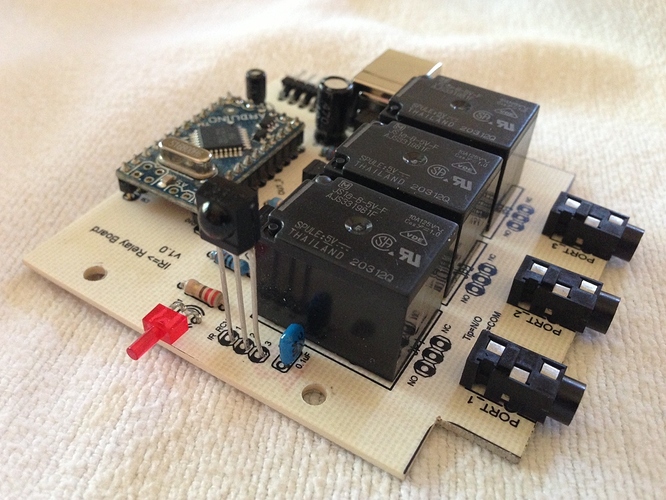 My short-term goal is to enable my wife to perform these functions via voice (Alexa)
Long term goal is for her to completely control her environment using voice commands with Alexa.

With the Echo, you will be able to use voice to flip a virtual switch, which you can then use to execute a smartapp or routine in SmartThings, so you can get voice access to pretty much anything you can control through SmartThings.

You can also use Echo to activate Harmony activities through either Smart
Things or IFTTT, giving you access to even more devices.

There is also a “ThingShield” you can buy from SmartThings which adds a smartthings-compatible Zigbee radio to an Arduino. That gives you a lot of Maker options which it looks like might fit into your existing work.

One of the community members has developed a really nice library for the
ThingShield. You’ll find discussion of that in the following topic:

Yep the ThingShield will allow her to do the low voltage contact switching she is doing now.
In fact I could probably do away with our Harmony Hub.
I ordered a ThingShield last week should be here Wednesday.

We have a Harmony Hub as well. Haven’t a clue yet how to setup voice commands for something as simple as “Pause” after asking Alexa to “Watch TV”

Setting up my Wife’s iPad with Command Fusion, EventGhost, IP2IR, etc. was a steep learning curve.

I have a lot of new stuff to learn.

For Harmony, the key is always to start by creating a Harmony activity that does exactly what you want. After that it’s easy to use Echo to activate the activity.

Discussion of setting up Pause, etc in my Project thread. But basically you just set up an activity with a step for the key you want.

Updated 12 November 2015 after Amazon added “Triggers” to their IFTTT Channel for Alexa As valuable as I personally found this project, and as much as I learned in doing it, as of 12 November 2015 it’s now no longer necessary. Amazon has added verbal triggers to their IFTTT channel. So you can say anything you want to as a trigger to Alexa and use that as the “if” for an IFTTT recipe, and have that trigger anything that has an IFTTT “that” channel. So SmartThings, Philips Hue, Harmony activities, etc. No virtual switches needed, no synch issues. It really is that easy.

If you’re new to IFTTT, here’s a good overview: You may still want to use the direct Harmony/SmartThings integration to control certain aspects of TV watching, like limiting your kids to 30 minutes of Net…

Thank you.
I need to read your post again.
Carefully this time.

I use Ooma and have cordless handsets for that line. The Panasonic base unit has Bluetooth so when my cell rings it also rings all the cordless phones and they act just like an extension, CID and Call waiting work just fine. So this allows me to answer my cell from any phone in the house while leaving my cell on the charger.

So this option should let her answer any call using Siri and anyone else in the house to still answer calls she does’t want to on the handsets. Also the talking Caller ID is a nice addition.

Only downside is the cell phone needs to be in bluetooth range for this to work.

This is the cordless setup I have

Thanks I forgot all about that option.
My Ooma came with a blue tooth adapter that I never used.

Thanks again for your help!

I need some help.

I want to send a Sony IR code for the “PAUSE” button from my Harmony Hub.

In Harmony I am using a DVD player as the device which doesn’t physically exist I am only using it because I needed a device that Harmony would recognize for my Sony IR PAUSE command.
My problem is that the Harmony Activity “Pager” has to first turn on a device before it will send the pause command. This works fine the first time I ask Alexa to “Turn on Pager” however the next time I try nothing happens unless I first ask Alexa to “Turn off Pager”.

Is there a way to make the device always ON and only send the PAUSE or better yet just send the Sony IR PAUSE?

EDIT:
I am able to send the Sony IR PAUSE command with the SmartThings ThingShield+Arduino but I think I should be able to do it with the Harmony Hub

I finally had some time to work on my project.
Since we already have very reliable IR control using my Wife’s iPad + Command Fusion + iTach IP2IR I really wanted to augment what we have with Alexia rather than building a second system using the Harmony hub.

I found the following thread (post #27) which allows me to add our ST Hub and Alexia to our existing iTach IP2IR.