Does anyone know if SmartThings has plans to support AnyMote, much like they support the Harmony hub?

I’ve used the Harmony remotes for many years, but the software and user experience was just so outdated and frustrating that I’ve given up on them. My latest $200+ Harmony just sits collecting dust, and I don’t want to expand that system by adding the hub since I’ve lost my faith in Harmony.

I have some concerns about AnyMote, primarily due to their bad reviews and frequent of complaints on Amazon, but I’m not seeing many alternatives for controlling IR devices.

I just want to be able to turn my TV on/off, and control a Dyson fan to start with.

Is anyone out there using AnyMote now through the Amazon Echo or other integrations? I know there are other threads that discuss this, but they are either not dedicated specifically to the AnyMote or appear to be quite old.

I’ve been following the Anymote because I myself am quadriparetic and therefore really need voice control of my a/v devices. The following blog article from about two months ago sounded really positive:

But the Amazon reviews, as you mentioned, are discouraging. because I have to pay someone else to do the set up (with me telling them what to do), it looks like this would be an expensive project.

A friend of mine got an anymote on the basis of The same blog article, but ended up returning it 2 weeks later. He said it dropped connection all the time, it had horrible lag ( 15 to 20 seconds), uses the Alexa skill format which adds extra words to every command, and in general just didn’t seem worth the trouble to him. (And this is a guy who uses Homeseer, so he’s pretty technical.)

You do have several current options for IR control from SmartThings, although they’re not all officially supported. Some people also build their own.

Global cache makes a line of IR controllers. Cost is around $115. But that’s just the device, then you need some kind of software to run it.

HAM bridge was developed by a community member and runs on a Mac. The license cost is $29 and there’s a 25 day money back guarantee period. It requires some technical skills, but if you’re comfortable with AppleScript that should give you a lot of options at a relatively low cost. However, I don’t think it has an echo integration.

HAM Bridge is a Mac app that lets you execute scripts (AppleScript, Automator workflows, Shell and Python) by issuing a simple HTTP GET request using a single parameter. You can check it out now via my G+ community. Over the weekend I will be posting a SmartApp or two that will send commands to the bridge on your local network based on various SmartThings triggers. enjoy 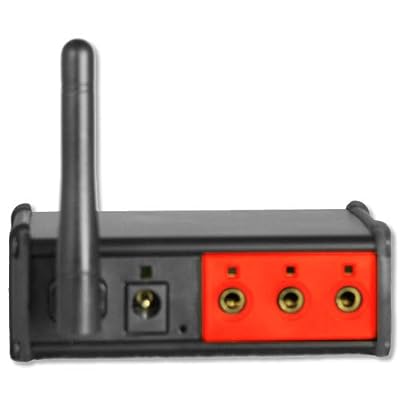 The Global Cache iTach is a family of products designed to connect almost any electrical device to a network in a matter of minutes. Based on open systems and industry standards, the ultra-compact dev ...

You could also build your own control software if you wanted to.

They have an integration with SmartThings which is official from their side. So you can use their code. Gives you granular control. And it does have Echo integration.

I look at this one a lot, and just never quite get around to buying it. You’re definitely paying extra for convenience with this one. But it does have a lot of features, and seems to be good quality. I think the subscription is around $50 a year.

Thinking it over, I realize that one of the reasons I’ve never gone for this one is that my housemate really likes a regular button remote, and he’s the one who bought the harmony in the first place. Roomie remote only uses your smart device, there’s no physical button remote.

So different people have different preferences in this regard. Some are only going to use voice control, some are fine with using a tablet, some, like my housemate, want a physical button remote.

But you can definitely get IR control for smartthings in several different ways. Choice is good.

p.s. My housemate heard me dictating this and just asked “could we use both?”

That is, could we use roomie remote/Alexa for voice control and the harmony (which we already own) as the physical universal button remote. Which is an interesting thought, but I keep hoping that echo will add its own hands free fire TV integration which would give me easier volume control. I don’t really channel surf, so volume control is the only “needs improvement” thing I have left and I don’t want to buy a whole separate system just for that.

However, I don’t think it has an echo integration.

It does via SmartThings. Virtual switches trigger Ham Bridge commands, as does my Alexa Skill.

And BTW, iRule is a very good alternative to Roomie, without the subscription fees.

JD: Thanks for the awesome and detailed response. Exactly the info I was looking for.

I’m sorry to hear that your friend ended up returning the AnyMote, especially if he is technically inclined. I was hoping that most of the bad Amazon reviews might be folks who got in a bit over their heads, but if a fellow tech-geek has issues/disappointment with the AnyMote that’s a big concern.

And I agree that the Amazon Echo skill command structure is terrible. Having to say something like “Alexa, tell AnyMote to turn on the TV” is very sloppy and ridiculous compared to something more natural like “Alexa, turn on the TV” But I’ve been pretty disappointed with a lot of the choices Amazon has made with that device… like not supporting SONOS, not allowing multiple google calendar accounts (I have one account for work, and one personal can only pick one), and they are making a lot of questionable UX choices.

I’ll look into some of these options. I’m hoping for a simple solution (which AnyMote appears to be) but that might just be a pipe dream at this point!

The hub is what brought me back to universal remotes. With the basic remote its a solid universal. I like it so much I bought 2. I always thought I would want to use a tablet to control TV, but the simple remote is no much easier. Been using the hub for 4+ years, and would recommend.

I don’t disagree the software blows (SIlverlight?) but with the latest releases I can do most my config from the Android App.

With Alexa I am able to say “Alexa, turn on FireTV” and it turns on TV and switches it to HDMI2.

The only reason the AnyMote Home can’t yet be integrated directly with SmartThings is that the Bluetooth 4.0 LE chip hasn’t been enabled in the v2 hub. As soon as that’s turned on with access opened for developers, then direct integration will work.

The only reason the AnyMote Home can’t yet be integrated directly with SmartThings is that the Bluetooth 4.0 LE chip hasn’t been enabled in the v2 hub. As soon as that’s turned on with access opened for developers, then direct integration will work.

There certainly a better chance that a direct integration with Anymote would be possible if The Bluetooth radio is enabled, but no guarantee. The SmartThings hub itself isn’t a device that operates with a handheld remote. For that matter, neither is the anymote. Both take a controller position, where they send out commands and in some cases receive information back.

But the logic required for another device to get the hub to do something takes more than just protocol compatibility. That’s probably what you meant by developer access, but it’s definitely not necessary.

I actually think it much more likely that a SmartThings/anymote integration would be set up very similarly to the smartthings/harmony integration where The two devices communicate over LAN. That wouldn’t require the smartthings hub to have Bluetooth at all. But since there’s no open API, the two companies would have to work together to make it happen.

The AnyMote only has Bluetooth - no LAN at all (it’s a battery powered device). There’s no way they could communicate directly.
If SmartThings would open up Bluetooth, then AnyMote would do everything required to integrate directly (not just the protocol, but the storage of required IR commands on the ST hub & handling of transmission, etc…), but this is a moot point right now since it’s been almost a year since ST promised BLE access and there’s no hints of that happening anytime soon.

PS: I work for AnyMote

There’s no cloud to cloud integration through the app (not the anymote device)?

How do they do their WiFi integrations?

AnyMote Allows You to Effortlessly Control All Your InfraRed and WiFi devices.

The AnyMote app controls them directly. The idea is that you shouldn’t have to depend on yet another cloud service.

The AnyMote app controls them directly. The idea is that you shouldn’t have to depend on yet another cloud service.

Understood. Then it could work like the Harmony integration using LAN.

If anymote doesn’t have an open API, then again both companies would have to get involved.

not allowing multiple google calendar accounts (I have one account for work, and one personal can only pick one)

Not to completely threadjack this conversation (I’m contemplating the Anymote as well). I have multiple google calendars available to my Alexa.

The way I did it was to link my main google account to Alexa, and then, add all of my other calendars as “other calendars” via the google calendar page (https://calendar.google.com/). Right now, I’ve got two calendars under My Calendars, and then four or five “other” calendars that are imported via an ical format, including my work calendar.

It was a bit tricky, and required administrative permissions on my corporate Google Apps account, but I was able to allow my work calendar to be shared with my “other calendars” list on my personal Google account. That should do the trick. Thanks!

I was finally able to integate anymote with smartthings. Not the ideal way, but it works!
My setup:
Anymote ir hub
Nvidia shield [android tv] - i wanted an always on android app running so sideloaded anymote app on nvidia works great.
Ifttt - latest update of app support ifttt integration, all remotes and macros
Smartthings hub v2

Just an example, i generally use denon smartapp in smartthings to do this.

It works great so far