I’m trying to see If i have a neutral in this Switch.

The two wires coming out of the box go to the original switch. I have what looks like a blue and a white/yellow wire going from one port on the box to another.

It’s easier to just go up in the crawl space with this fan/light set, which I’m about to do.

First guess is that these are just line and ground at the switch. More than likely, as @anon36505037 stated, the neutral is up at the canopy by the device.

Many older houses are wired that way, unfortunately.

For those switches which require neutral, you are pretty well jammed with running a wire to the box from the device.

All else fails, get some friendly advise from someone who gets paid to let the current flow through them!

I’m trying to see If i have a neutral in this Switch.

The two wires coming out of the box go to the original switch. I have what looks like a blue and a white/yellow wire going from one port on the box to another. 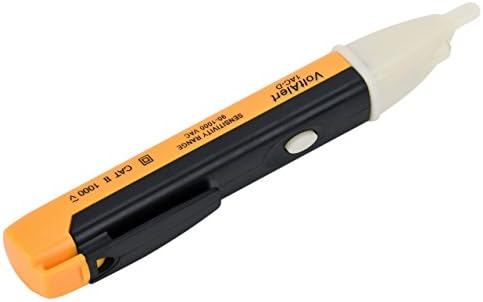 Be very careful when working with that older wiring. I encountered similar wiring in my 1920’s era home and removed all of it because it is a potential fire hazard if disturbed. The insulated coating cracks and frays easily. There also is no ground wire unless the box and conduit are grounded and you attach a ground to the box.

The good news in this is that these individual conductors run through conduit, so it is very easy to run replacement wires as well as add the necessary neutral wire. Because of the conduit, there are no staples restraining the wires inside of the wall, so you can use the old wires to pull new wiring or pass a fish tape through the conduit after removing all of the old wiring between the fixture and the switch box.

Replacing the wires adds to the cost, but added safety and peace of mind is well worth it.

that is old BX, which is armored cable, 50+ years old. The armor jacket is not conduit, not straight, and running new wire in it will not be easy, even when you take the old wire out. There are tricks that may help, wire pull lube, experience, luck.

Neutral is usually NOT at the switch for old BX cable installations.

That insulation is not the worst I’ve ever seen, but I would not expect it to survive new wire pulling next to it. If the old insulation breaks off then it will likely short to the armor or the other old wire.

Getting a wire to the ceiling box from the switch can be a difficult task. If the switch is on a inside wall with good access from above you might be able to run a new wire from the ceiling box down to the switch box. Getting the old bx cable out might be more difficult than you think, especially if it is stapled to the stud inside the wall. Running a new circuit from below may get the wire to the box but you still have to get the other end to the ceiling area above. Get an electrician if you are not experienced with this type of work. Rewire work is an art and may require some additional expertise to get the job done.