I want Alexa to be able to play music from the MP3 library on my computer, initiated from Alexa, not from my computer. As far as I am aware, this is not possible. I would need to upload the music to Amazon, which costs $$ for more than 250 songs.

I am guessing on the computer side, something standard like FTP may be preferable to something platform-specific like Windows file sharing.

So which of you ambitious developers wants to tackle this?

Interested in this as well. I would love for Alexa to also be able to turn off or on PC via Lan…Any thoughts?

Echo is a Bluetooth speaker, so you can use it to play anything you want. Other than that, there’s no chance Amazon will ever let you stream music from your local server. They created Echo to sell you their music.

Which is why I am posting here, and not on the Amazon feedback forum…

Doesn’t have to be done via lan.

Fibaro relay connected to the power switch on the pc and set up to auto turn off after 1 second. You can then use smart things and alexa to “turn on the pc”. Relay fires, closes the power button circuit on the pc. PC is on.

If you want a gracefull shut down, then you would need it to be clever and use external switches to force the running of commands on the pc. If you don’t mind a hard and nasty shut down, get an her virtual switch to close those same terminals on the relay for 5 seconds or whatever it takes to force a power off.

If you want a gracefull shut down, then you would need it to be clever and use external switches

Could be done with a UPS with the shutdown software usually included with them. Plug computer into UPS ( should be already anyways ). Plug UPS into smart outlet. When you turn off the plug it would treat it as a power failure and the UPS software would initiate computer shutdown.

I came across this today when I saw the House Band skill in Alexa.
Might this work? I don’t have any Sonos speakers.
I’m going to play around with it, maybe it will play to Bluetooth speakers and Echo…???

I’ve always wanted voice control for my Sonos speakers, and the TL;DR version of my story is that thanks to a new Alexa Skill named House Band, I have succeeded. Here’s a short demo where I’ve used the intro to a track called Boats for Sale from a...

I came across this today when I saw the House Band skill in Alexa.
Might this work?

This method requires both a media server (JRiver) and a media rendered (Sonos). It does not play music via Echo, although if you use software rendered instead of Sonos, you could use Echo as a Bluetooth speaker. Quite cumbersome in my opinion. Also, it requires punching a hole in the firewall and exposes the media server to the Internet.

Guys, just do a search on Plex and Amazon echo. I dont use this method but pretty sure someone already did all the work already.

For those who use Jrivers Media Center, there is an Alexa integration that works really well. https://yabb.jriver.com/interact/index.php?topic=100989.0

Wow, and it’s cheap too! That’s probably exactly what I am looking for. Thanks!

So Mischief and baboss both are referring to the JRiver published Alexa application, House Band. Sonos does not appear to be required, which I initially thought when reading baboss’ reply. It appears that Amazon did let us stream our own music from our own local server!

I am setting this up in the next day or so. Thanks everyone for the responses. This will be awesome.

The best way involves installing the kodi-alexa skill in conjunction with kodi installed on a low power device such as a raspberry pi. Unfortunately the skill is not available from Amazon directly but the install isn’t too difficult so long as you are fairly confident with computers.

So long as you add a music folder and subsequently ‘scan items to library’ in kodi (which catalogues your collection), you can access as many MP3 files you want (you are only limited by the size of storage you have connected to your raspberry pi).

This approach allows you to ask things such as ‘alexa, ask kodi to play songs by the Beatles’ or ‘alexa ask kodi to play paradise by Coldplay’. In addition, if you connect your raspberry pi to a tv, you can also ask alexa to play a particular film or to series available locally on kodi.

The only annoyances I have with this approach are (1) the questions you need to ask are unnecessarily long but i think this is common for any alexa third party skill (Ie it would be easier to simply say "kodi, play paradise by Coldplay’ rather than “alexa ask kodi to play Coldplay”) and (2) it takes a few seconds for the kodi box to search for the music/video you want. However I suspect the search function offered by this skill will improve over time since it is still being developed and improved by a relatively large number of developers.

Step 2 (setting up kodi so it accessible to the outside world, uploading your very own kodi alexa skill) is a bit more involved but there are a few good guides available.

I would suggest reading the following first which explains how to create user ids with lambda and Amazon for developer access:, as well as the stall f the skill itself: 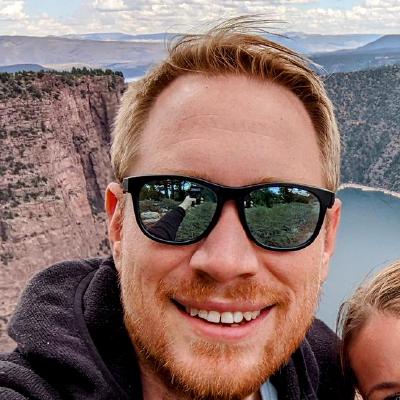 If you fail still, then I refer you to posts 1102 and 1097 from the following forum thread which literally give you a step by step guide assuming you have already set up the relevant developer profiles with lambda aws etc.

Google Play is the best answer.This solution is actually better than hosting from a pc since you can take google with you virtually anywhere you have an internet connection. You can upload 200,000 songs and it is free to listen to your own library anywhere. Google music manager scans your library and uploads anything that is not already in the google library. GeeMusic is the Alexa Skill and it is still being developed. You’ll need to set up a Linux box but that is pretty simple. You can put Ubuntu on an old machine you’ve moth balled. I have done this yet so I can not give any more information than I have so far. Here is what I’ve got…

FYI, the JRIver app just acts as a remote control for your JRIVER player on your computer. It doesn’t play through Alexa. Unfortunately Amazon will continue to block any skills that allow what you are describing because it undermines their sales through amazon music which has some of the worst written desktop software I’ve ever seen btw.

Hi, I am using My Media skill, it uses my media collection on my laptop and plays to my bluetooth receiver on my AVR. All controlled by Alexa voice. Only had it a few days but it’s not bad. 7 days free then $5 a year so £4 for us in the UK.

Ozzy_ spot on! This is precisely what I have been looking for. Thx.

No problem, if you have any problems you can email them. They got back to me about a problem I was having within 24 hrs. It’s still early days but has a great future I think.