Beginning September 30, 2022, at 00:00 (PST) we will start migrations of Groovy device DTHs as well as SmartLighting and SevereWeather SmartApps, two of our most popular Smartapps built on Groovy. On October 15th 2022 certain functions of the legacy developer IDE, such as the creation of new DTH’s, Smartapps, and debugging tools will be removed from the SmartThings platform and will no longer be supported. After migrations are complete, this means that devices and automations previously using Groovy will now exclusively operate with our latest hub and cloud technology. Recognizing trends within the smart home industry, SmartThings has been working diligently to evolve our platform into a modern REST API framework. Lua-based Edge drivers are a major step, which is being followed quickly w… 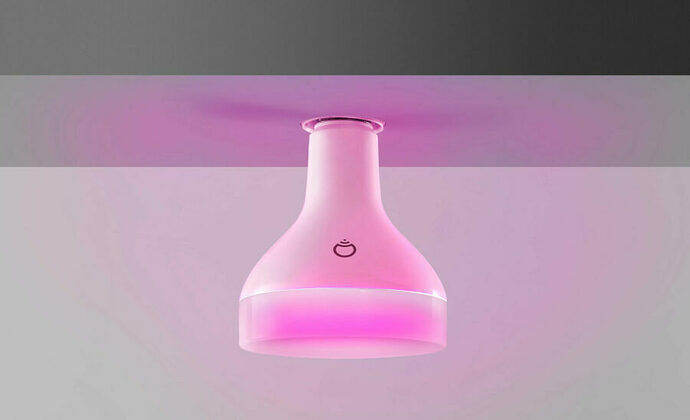 This week’s show kicks off with our discussion of Amazon’s planned acquisition of iRobot, the maker of Roomba robotic vacuums for $1.7 billion. We then talk about a survey from Parks Associates that indicates almost a third of people using...

Announce on an obscure podcast? Seriously?!

Given the current state of the Lua/Edge drivers that date seems way too close to be believable as the death date for Groovy.

Announce on an obscure podcast? Seriously?!

I would hardly call Stacey’s podcast “obscure”. I’d wager it’s probably the most popular smart home focused podcast there is.

There’s definitely still a few kinks to work out of Edge drivers, but IMO they’ve matured nicely over the past year. SmartThings has a pretty comprehensive set of standard drivers to replace their Groovy ones. There’s a planned automatic migration from Groovy to Edge. Community members are releasing some really nice custom versions (that can FINALLY run local!).

I agree with @Automated_House that Stacey Higginbotham’s podcast is definitely not “obscure.” She’s a major analyst in the space, particularly on industrywide implications. (Just look at the panels she appears on, particularly as moderator.)

There’s definitely still a few kinks to work out of Edge drivers, but IMO they’ve matured nicely over the past year.

If they launch it before fixing the voice control and UI issues for multicomponent devices, it will definitely be too soon. JMHO of course.

There’s a planned automatic migration from Groovy to Edge.

This is what I’m interested in. I’ve moved all my devices back to ST provided DTH’s or Edge drivers, or a couple community developed Edge drivers, except 2 out of my 280 devices! I’m not really wanting to invest more time developing on the ST platform, so this peaked my interest.

And 9/30 happens to be a Friday. Anyone who’s been around long enough will know the joke about Friday implosions on SmartThings, lol.

If this is true I bet the SmartThings team will be running off to happy hour early that day and turning off their phones. I would!

Oh, and don’t they need to get Edge out of beta first?

Oh wait, that’s not how they do things.

So for me until they say something like, shutdown, decommission, or end of life, then that’s when I’ll believe Groovey is coming to an end.

It’s not depreciation, it’s deprecation. Deprecate:
to withdraw official support for or discourage the use of (something, such as a software product) in favor of a newer or better alternative

“We have the Rules API which makes it easy to create simple or complex rules”.

I wouldn’t say using the rules API is particularly easy for your everyday user. Hopefully he’s referring to the elusive routine creator!

I think he was indeed referring to Routines in the mobile app, which uses Rules API in the backend. But still no signs of a UI for Rules API that can create more complex automations.

He did mention the routines in the app first, then the API.

Also - I thought his comments around Matter Controller vs Matter bridge were a bit vague…
Support for Matter as a controller but not as a bridge, so other matter ecosystems couldn’t control smartthings devices.

Which I get, but does that mean that the main advantage is simply anything badged as matter compatible will be compatible with smartthings? So basically just more devices compatible out of the box, but not system to system compatibility?

yes, exactly. Hue is a good example of Matter as a bridge. Hue devices themselves are Zigbee based, have been around forever and aren’t, and won’t be, Matter certified. But Hue will be updating their bridge to expose those devices as Matter devices to other Matter controllers such as SmartThings, Apple, Home Assistant, etc. SmartThings also has zigbee devices connected to its hub, but they will NOT be exposing them to other Matter controllers like Hue will.

My interpretation of what Mark Benson said was that 30th September was when the switch off would begin. Stacey seemed to pick up on his comment about the ‘transition’ already being in progress and conclude it was when the lights finally went off.

With a fair wind that could be the day that the stock DTHs are turned off, but I would imagine there will several other dates ringed on the calendar after that.

Is there a transcript of the podcast available somewhere? Podcasts are not my preferred medium - I’d much rather skim through text quickly than have to sit through a long podcast to try and find the interesting bits.

skip to the 40 minute mark for the SmartThings bits

Will the new app release coincide with DTH switch off ? That is a lot of headache if so