I’m after 3 smart plugs for some led lights in the kitchen.
Can anyone recommend a good priced smart plug in the uk, would like it to be able to connect to SmartThings but just Alexa is ok.

Thought of using the Sonoff switches here?
Information and DTH etc is here.

And good YouTube for flashing here.
And will work with both ST and Alexa.

Or you may want to leave the flashing, and they’ll work with Alexa direct out of the box.

I’m assuming you meant a plug in module? We commonly refer to those as “pocketsockets” in the forum just to make it easy to distinguish them from in wall receptacles.

The inexpensive Wi-Fi ones which use the “Tuya SmartLife” can integrate with smartthings through IFTTT. Those will probably be the least expensive, although there may be some lag as it is a cloud cloud integration.

If you want something that integrates directly with SmartThings, the TKB brand zwave pocketsockets are a good value brand in the U.K. Vesternet often sells them with a quantity discount. But they will cost about £10 more than the value brand Wi-Fi units.

There are some other Chinese brands which might be less expensive, but they are typically sold through vendors with long delivery times and less generous returns policies.

I personally don’t buy electronics off of eBay or Alibaba because of the number of counterfeits, which can be a very significant safety issue. So again, speaking just for myself, I prefer to buy from reputable dealers with good return policy like Amazon or Vesternet.

Do shop around, as prices can vary significantly on the same model.

If they are standard LED strips you can get WiFi controllers for them by a company called MagicHome. They work well with Alexa, but not ST. They only cost around £10 from eBay, so cheaper than a smart outlet.

I can recommend the Samsung Smartthings Power Outlets for on/off switching, and Everspring EVR_AD1423 Wall Plug Dimmer’s for on/off with dimming, for use with incandescent table lamps.
The Samsung Outlets are ZigBee and the Everspring’s are Z wave, both are also repeaters which strengthen their respective networks.
They both have direct integration with Smartthings, which means they work with Alexa too.
They’re reliable and they run locally so there’s no lag or popcorning. 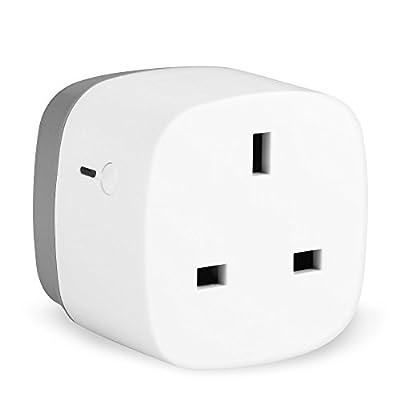 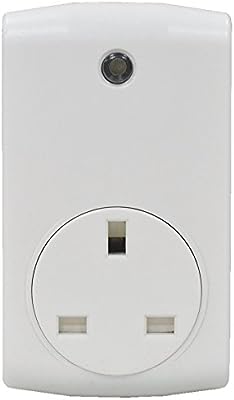 The AD1423 is a dimmer plug that can be placed between a British Standard wall outlet for Plug Type G and electric devices, plugged in by cord. It can dim resistive loads up to 400 W. The device is IP ...

It is a shame the Greenwave powenodes are no longer made, vesternet were selling them at £17 each and for a great zwave plug they were unbeatable, i have yet to see anything that cheap and good. Currys sometimes do special prices on st kit including sockets but at the moment prices seem to be back at there normal highest price

If slight lag is not an issue i would recommend wifi plugs, i use multiple wifi and zwave plugs and have no issues at all all be it wifi plugs have a slight delay from IFTTT integration when switching on and off

Bleedin heck Norah! This place is a Sonoff lovefest and nobody mentions the Sonoff smart plugs? 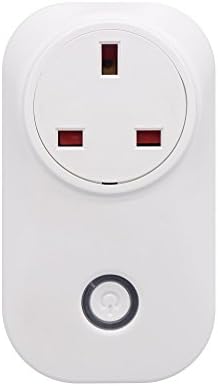 I bought some sonoff switches in the end, thanks for your help.

Hopefully one day we will look back and say … jeez i paid £35 for switches back in the day and wifi switches were £14 !!!