So I recently switched to LED cans (Satco Par30 Short Neck 120v 13w 3000k) with a GE Z-Wave dimmer and add-on switch. I have 5 of the Satco’s as cans and that is the load for the switch(s). and I get buzzing/flickering at middle level dimming. It’s not bad, but makes me want to switch back to incandescent bulbs. Before I try Leviton/Evolve/HomeSheer or something, what have been your experiences? Is my math wrong and that’s why I get flickering on mid-dim? It’s in the kitchen so it’s not bad, but before I start building out a similar setup in the living room, I want to get rid of the flicker and buzz and make sure it’s not the equipment.

I’m sure that’s annoying! Flickering can be caused by many different things. The following might be of interest:

I see a lot of topics where being able to point to a FAQ on this topic would help a lot. I've got a few personal rules of thumb for lighting installations, but I thought it would be a lot better if someone who's written one of the ST dimmer handlers wrote it so they could mention anything ST or Smart App specific. So this post is definitely a request for a FAQ, not a FAQ itself. But just to get things started...Feel free to use, edit, or toss any of the following. TWO PHYSICAL WAYS TO CONTROL DIMMING Dimming is either controlled by the amount of current the switch sends on the wire to the bulb or the amount of current the bulb decides to draw from the wire. DIFFERENT KINDS OF SWITCHES A switch that controls the amount of current sent may be networked or not. Some switches don't …

Looking at the specs on those specific bulbs, you can see that they are listed as only being compatible with a very few dimmer models, mostly Lutron and one Leviton:

And the Leviton listed is a “universal” dimmer.

So my feeling is that these particular bulbs probably require a universal dimmer. GE doesn’t make any of those In zwave.

Leviton does make a couple you could try. Check the specs, though for the load rating. Here’s one just as an example.

Thanks! I am going to try the Leviton switch because honestly I was looking into that before. And if that doesn’t fix it. I will go to a different bulb.

I will go to a different bulb.

Did you go to recessed cans? That is what I did and it saved money to go to LED recessed can replacement kits. In my local HomeDepot they are currently on sale in boxed pairs for under $20.

They look like this one: (couldn’t find the boxed pair online) 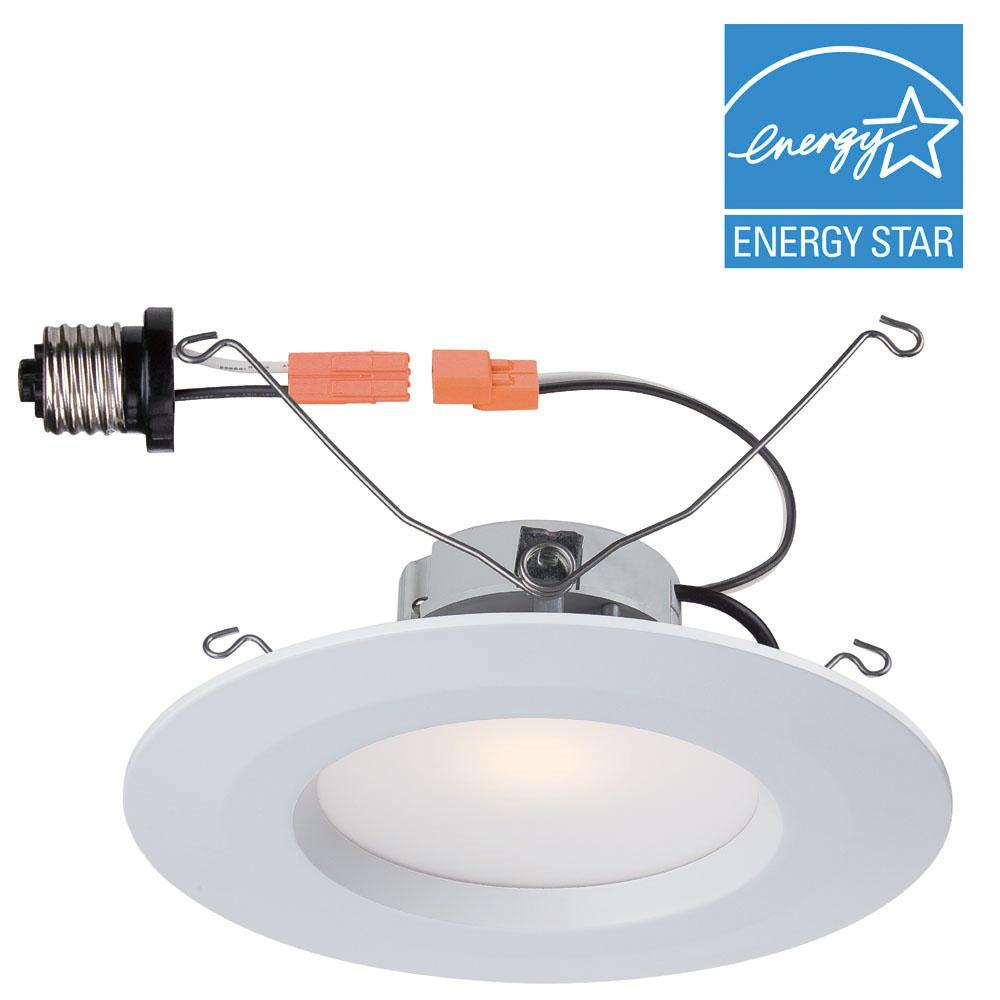 The Commercial Electric 5 in. and 6 in. Recessed LED Trim with clean and elegant design is ideal for glare free lighting in any room of the house. This ETL-classified high-efficiency dimmable trim has