I have door and window sensors and notifications set up when a door is opened. These notifications play on five wall-mounted tablets around the house so I know when people come and go. This works perfectly with Webcore but I do not see a way of playing announcements once Groovy goes away.

The Webcore piston is quite simple: 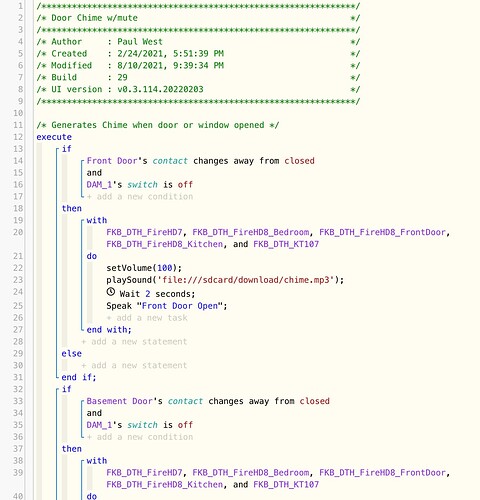 How can I implement this when Groovy dies on December 31st?

look at SharpTools Rules Engine to see if it can 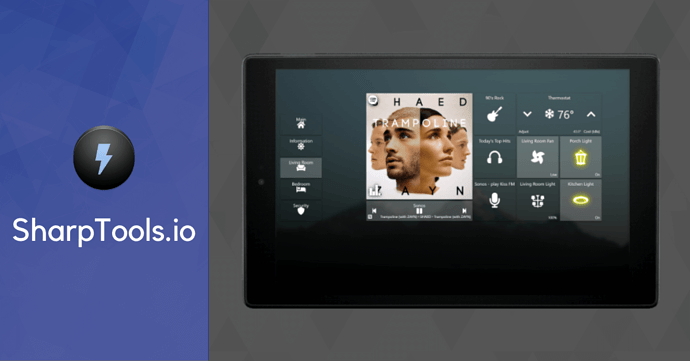 Thanks. I took a quick look at SharpTools and it looks like they support the Amazon Fire Tablets I use. It looks like I would need to redesign the ActionTiles interface I built and replace that and the FullyKiosk browser with SharpTools.

Has anyone done this? Is there an easier way?

You could continue using ActionTiles and just use the Rule Engine side of SharpTools. Based on example WebCoRE piston, it looks like this rule wouldn’t use any premium features of the rule engine like variables or HTTP Actions, so it would likely even fall in the free tier.

That being said, I would encourage you to take advantage of all the features of SharpTools. If you use any of the more advanced features of WebCoRE like variables or HTTP triggers/actions, you’ll likely want to bump up to the premium tier of SharpTools at some point.

And there’s some really neat features in the SharpTools dashboards you could take advantage of as well. The best feature might be that SharpTools is already migrated to the next-gen SmartThings connection, so it will continue to work after the Groovy shutdown unlike some other apps.

Based on the piston, I also suspect that you’re using the Fully Kiosk Controller DTH, right? If so, it will also stop working when Groovy shuts down. That being said, some people have switched over to the Web Requestor driver which can make HTTP requests on your LAN to the Fully Kiosk API.

If I remember correctly, a playSound URL would look like:

Thanks Joshua. I read up on SharpTools and watched a YouTube video and indeed it looks like it will do what I need it to do. It seems like a lot of extra work, and I’m sure I will run into problems but I will give it a go.