Just a quick check to confirm it requires a load and not the z-wave switch wiring. Remove the light bulb and check for voltage when motion.

60watt minimum seems odd. That means it will not work with LED bulb at all?

Just a quick check to confirm it requires a load and not the z-wave switch wiring. Remove the light bulb and check for voltage when motion.

60watt minimum seems odd. That means it will not work with LED bulb at all?

Correct, it does require a load. Wiring is fine and works just fine as long as a load is also attached to the output of the motion sensor. Using a single 9 watt LED is barely enough (meaning not reliably). I think mine needs about 25 watts. I’m assuming all motion sensors are not built this way so now to find one that does not require the load.

Hi - I have bought the new version SP816 which is Z-WAVE plus. any ideas how we get an updated device handler ?

Are you saying the old one doesn’t work with the updated device?

not tested thoroughly, but it seems not when i looked at it.

i got it to work on a generic Z-Wave plus motion/temp sensor device handler already published… i modified the code to get the battery status to work OK. But not sure whether its optimised for the SP816

One quick update for 2018: Mike Maxwells zone manager smartapp is no longer being supported, but you won’t need it because you can do the same thing with webcore.

Both Phillips hue (Zigbee) and Zooz (Z wave) announced new outdoor motion sensors at CES 2019 for release later this year. I haven’t looked into the details yet, but they should be good additions to the market. We’ll just have to see if they have solved the false alarm problem.

The Phillips Sensor is rated IP 54, so rain shouldn’t be a problem. It will be available in both the US and UK. 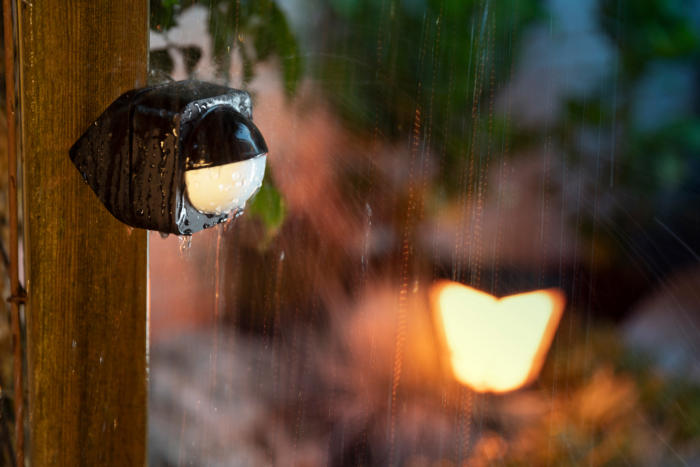 The motion sensor is a great add on for hue bulbs, and at the moment it is designed for indoor... Read more »

It looks like the Zooz model is less weatherproof, requiring a sheltered area. But it’s also less expensive and has a USB power option, which will be good for those with winters regularly below freezing. And it is only available for the US. Finally, an outdoor sensor! PRODUCT HIGHLIGHTS The first Z-Wave motion sensor made for outdoors Great for flood light automation and monitoring Adjust LUX trigger and motion time-out right from the sensor (no advanced configuration is available,...

It looks like the Zooz model is less weatherproof, requiring a sheltered area. But it’s also less expensive and has a USB power option, which will be good for those with winters regularly below freezing 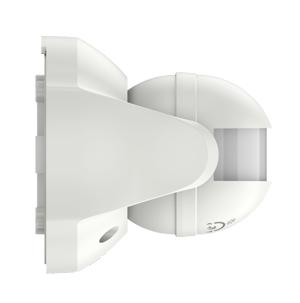 Finally, an outdoor sensor! PRODUCT HIGHLIGHTS The first Z-Wave motion sensor made for outdoors Great for flood light automation and monitoring Adjust LUX trigger and motion time-out right from the sensor (no advanced configuration is available,…

I picked up one of the Zooz outdoor motion sensors around the beginning of December 2018. I finally got it installed around the 24th of December 2018 and it has been working OK once I figured out how to set it correctly. The setting are made on the device itself with little adjustment dials. I found the motion trigger to be very sensitive to sunlight and cloud movement. However, once adjusting the daylight setting appropriately, I’ve had less false positives. I believe that I still need to adjust it even more as it still picks up ghost motions. The battery is already at 70% however, I didn’t have it set correctly before so it was sending way more messages than necessary. 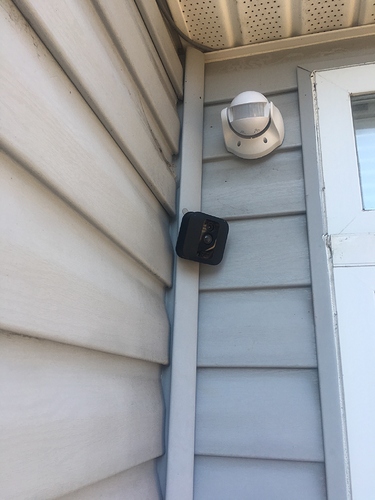 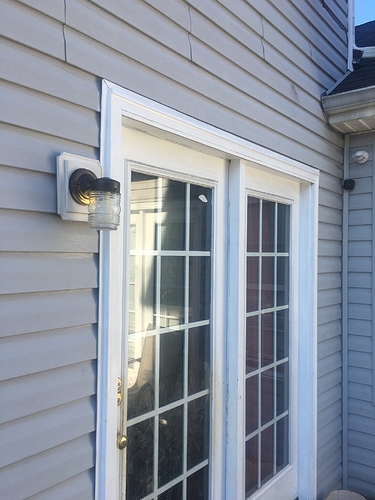 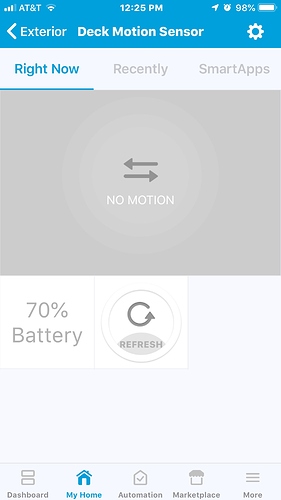 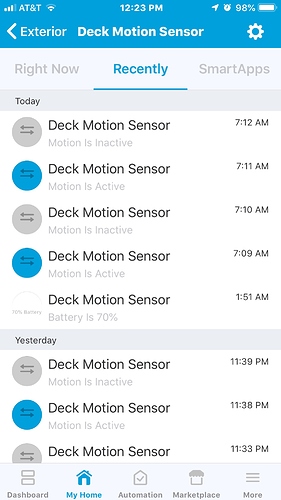 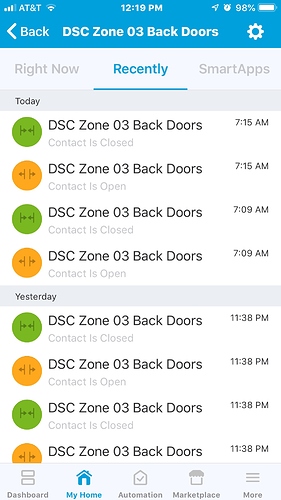 Thanks for the report! Bonus points for positioning the sensor correctly at 90° to the door you are monitoring.

I’ve had mine installed for a couple months. Its been working quite well. I have the sensitivity set so it only detects people, cars, larger animals. It’s over my garage door.

Based in the UK, where it likes to rain a lot, most of the time, without prior notice, so, I assume the Philips Hue motion sensor would be best, due to it’s weather prof properties, right?

Also, does this seamlessly integrate with SmartThings - as an example, I have LIfx bulbs everywhere, connected to SmartThings hub v3, so, just wondering if they won’t be able to talk to each correctly being a competitor?

The Phillips hue outdoor sensor uses zigbee 3.0, Which at present is only supported by the newest hub, and it’s a very new device. So I don’t think we really know how or if it will work with smart things yet, and it probably will not work great with older smartthings hubs.

But you could use a Hue bulb as a “man in the middle” as long as both that Bulb and the motion sensor are attached to a hue bridge.

Have the motion sensor turn on that bulb. Smartthings will know when that Bulb comes on, typically with a lag of no more than five seconds. And then you can trigger other smartthings events because the bulb came on.

That won’t work for everybody, but it may work for some use cases.

By the way, if you are in the UK, you will not be able to use the Zooz motion sensor anyway as it is only made on the US frequency. The hue motion sensor uses zigbee which is the same in both regions. And if you use it through the Hue bridge, then even that doesn’t matter, as that’s a LAN connection between the bridge and the smartthings hub.

Thankfully, I have the SmartThugs Hub v3, so this should help with that, but want to avoid purchasing a bridge (or any more hubs, if I can help it).

The Philips motion sensor is available on Amazon, so, once I get a chance, I’ll purchase and do some testing.

Update: some community members are now using the Hue outdoor motion sensor joined directly to smartthings (not through the hue bridge).

@RICHARDNIEVES21posted about this, along with a link to a DTH, in the following thread:

Thank you @JDRoberts. Time to look into it!

After a lot of trial and error the best way I’ve been able to avoid false triggers is to place the motion sensor about 4 feet of the ground (same height as mid torso) and adjust the field of view horizontal or slightly up to avoid seeing the ground or animals.

The Ecolink work very well but the field of view covers high to low and by placing electrical tape over the lower half the ground hit by sunlight is blocked by the tape. 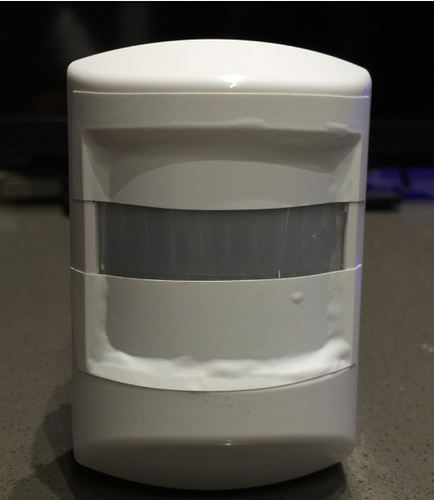 Time to kick this back into life…

So, read the entire topic. 3 possible options for me.

I keep hearing rumors that Zooz intends to eventually come out with some European models, but nothing has been officially announced yet.

As far as hue, For the sensor you have to connect it to a smartthings hub, not a hue bridge. That used to require a cloud connection, but now, with the new edge drivers, it will also run locally.

Edge itself is still in beta so there might be some glitches, but there is a community created edge driver for the hue motion sensor if you want to try it.

If you don’t know anything about Edge yet, read this:

Good to know US Z-Wave is different! Keep learning here.

But as there is no real outdoor (EU) sensor I’ll look into the Edge thing. Thanks!

Edit: BTW, saw on their site that they are looking for distributors in Europe so maybe…