This echo dot alternative is only $19.99 and does everything your echo dot can do for half the price. 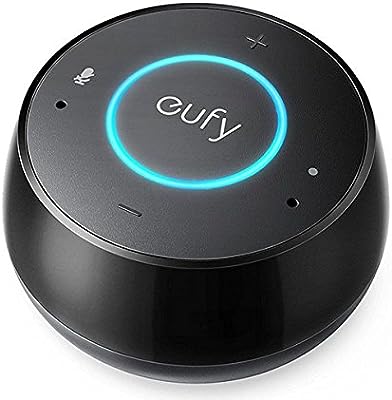 Does it support drop-in? Many folks use Echos as intercoms so it might not be an apples to apples comparison.

This echo dot alternative is only $19.99 and does everything your echo dot can do for half the price.

According to a lot of the reviews, it’s cheaper for a reason. Most notably, they fail early and often and the voice recognition is poor. Also, it’s important to note that the ‘real’ Echo Dots go on sale regularly. I have 10 Alexa devices - 8 of them are dots. Almost all of them were $25 or so. They have sales very often.

I get it, I understand wanting to not overspend, but I don’t see the value in this…

If you’re counting every penny and your expectations are set appropriately low, I think this is a decent choice, but I personally would pay the extra and get an Echo Dot on sale. We tried one but ended up returning the Eufy, and I do have some of their other devices and like them.

There are two big differences. First, there is a very noticeable lag with the Eufy When compared to a dot, maybe five or six seconds.

Second, it will only run on 2.4 GHz Wi-Fi, not 5.0. That can make it very difficult to install if your phone keeps automatically selecting your 5.0 network.

I didn’t have mine long enough to know if it can be added to a smart home group or not or selected for announcements. This would also be major defects if it doesn’t have them, I just don’t know.

One thing it doesn’t have that might be major for some people is there is no Bluetooth at all. I wouldn’t use a dot as an output speaker for music anyway, but if you look like streaming your phone music through a dot, you can’t do that with Eufy. You also won’t be able to connect it to an echo button.

Oh, and I should say that the voice recognition hardware is nowhere near the quality of the Dot, but I think it’s OK. It’s really just the lag that will drive you crazy if you need to use it a lot.

But choice is good, and to some people an extra $10 will make a big difference for some locations.

@JDRoberts not going to argue that. My point was that Amazon seems to often put the real Echo Dot on cheap sale, or toss it in with other Amazon devices for free. Might be worth investigating that avenue if say a FireTV stick is in the plans too…

Amazon puts each of the echo devices on sale from time to time, you just have to keep an eye out.

Here’s the price chart for the regular echo, for example.

If you watch carefully enough, you might even score the 3rd gen Dot for a dollar. I did.