So i was wondering if there is any earthquake sensors that work with ST?
i was thinking maybe someone could right some code (i would love too but dont know much about coding) that would monitor xzy government website or any source that reports on earthquakes on the spot and from that we can setup some automation.
Sample,
Earthquake starts , xzy website reports it, code gets notification via rss or some other form, and our automation kicks in.
My idea is to some how setup something that in case an earthquake happens in the middle of the night all the lights in my house come on. Its already scary enough to wake up to an earthquake (the 1994 earthquake was horrible to wake up too) and its worst when its pitch dark in the house , as you run for cover or try to get to your kids and get them to safety one of the most important things is lighting.
if anyone has any product or idea on how we can accomplish this please share.
thank you all for reading

They do it by looking for specific city, state, or country names in the RSS feed, such as “Los Angeles.”

You can find lots of examples of this just by googling “IFTTT earthquake.”

I should add, of course, that turning on the lights in your house in this manner would require that both your own power and Internet be working (as well as the SmartThings cloud if you are using the SmartThings channel). If an earthquake hits near enough to you that you are actually evacuating, I don’t know that you can count on all of that being true.

So I would consider additional approaches, such as battery-operated emergency lighting in your home that turns itself on after a power outage. We live in the San Francisco Bay area and have several of these plugged in. They can also function as flashlights when removed from the outlet. 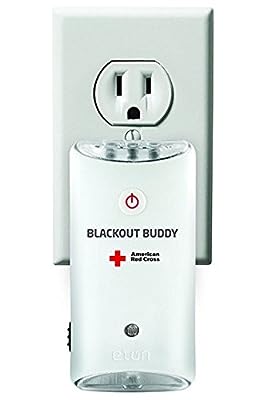 Eton Corporation makes some of the most recognized and highly regarded emergency radios in the industry and continues the tradition of award winning design by introducing the American Red Cross Blacko ...

That way if your power and Internet are still working, you get the alert from IFTTT. But if your own power is out, the emergency flashlights still turn on.

I also recommend checking to see if your library has the third edition of the following book. Most of it is about building construction, but there is a really excellent 10 page section on family preparedness. 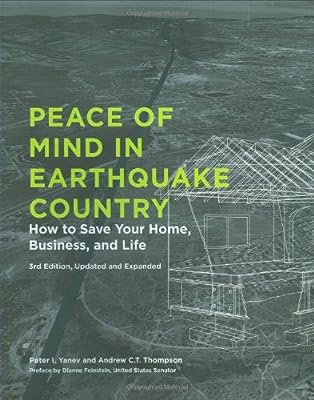 In this updated and expanded third edition, seismic engineer Peter Yanev and risk management consultant Andrew Thompson explain how to prepare one's property to withstand a powerful quake, and how to ...

The Fibaro Motion Sensor ZW5 has the ability to detect earthquakes and with CoRE and my DTH, I’m pretty sure you’d be able to setup automations based on the size of it.

@JDRoberts brings up some good points that this will only work if SmartThings is still functioning, but since the device is reporting the size it might happen fast enough.

Thank you both for replying.
Its not as much about the OMG big earthquake that will destroy power lines and such, its about everything in between.
I dont really trust IFTTT after my experience with setting it up to turn on my lights when i get an email notification from ADT that my alarm is going off.
I set it up to read my inbox for emails from adt regarding alarms and based off that to trigger turning the lights on, It works but it goes on like 30 min to an hour later.
I purposely trigger the alarm, and instantly i get an email from adt, then im waiting and waiting and waiting but no lights , then like 1 hour later all the lights in my house come on which is beyond useless. So after this i dont trust IFTTT and its speed of reaction.
So im guessing no company as of now makes only a sensor for earthquakes ha ?
maybe a good business idea lol,
Make a quick sensor just designed to catch earthquakes and trigger audio and lighting response to motion.

As @krlaframboise mentioned, the Fibaro multisensor has previously been marketed as having earthquake detection, although I think they dropped that claim from the current generation. But in any case, it’s just a vibration sensor. Any vibration sensor that works with SmartThings can do the same thing – – notify you if it feels shaking. There are several to choose from.

As far as IFTTT, different services/channels have different response times, and in the past, email was always the slowest. It can vary from house to house, but at my house the typical IFTTT lag is eight seconds for most channels. The RSS channel should be almost instant. But since it’s a free service, you might as well set it up and give it a try and see what kind of delay you get.

Fibaro multisensor has previously been marketed as having earthquake detection, although I think they dropped that claim from the current generation.

They may have dropped the claim from promotional material due to SmartThings probably being one of the only controllers that allows you to get to that data, but I just got mine a couple of weeks ago and the latest version of the manual still shows it as a feature.

I just set it up with CoRE to see if it would work and gently shaking the table registered as 1.2M and I was able to make the light turn on by shaking it harder until it reached 3M.

Update: This is from the current short guide on Fibaro’s website so I would think the Earthquake feature is somewhat accurate.

In case you’re wondering, I have no affiliation with Fibaro, I just really like the sensor.

I suspect it’s more that it’s not doing anything special to earthquake detection: it’s literally just measuring the amount of shaking in a given time period. The biggest issue is that it doesn’t really distinguish between shaking and being dropped, which most seismographs will.

BTW, UC Berkeley has a free android app you can download called MyShake which will use the 3-D positioning in a phone to detect probable earthquakes and send that information into UC Berkeley. If they receive information from four phones in a localized area, they will then mark it as an earthquake. It’s pretty cool.

When the shaking fits the vibrational profile of an earthquake, the app sends the anonymous information to our central system that confirms the location and magnitude of the quake.

Their goal is to eventually produce a warning system that would give people at least a few seconds notice which can make a big difference in an earthquake, and a few minutes notice for tsunami. They aren’t there yet, but it’s an interesting project even now.

I suspect it’s more that it’s not doing anything special to earthquake detection: it’s literally just measuring the amount of shaking in a given time period. The biggest issue is that it doesn’t really distinguish between shaking and being dropped, which most seismographs will.

You’re correct, it detects all vibration as earthquakes. It detects 1.2M when I stomp my foot, 3M when I pick it up, and I can max it out at 11M by shaking my hand while holding it.

I’m not sure of the exact details, but SmartThings just today announced integration with the halo plus smoke detector, The halo also has a feature that lets it play alerts from and NOAA, including earthquake alerts:

What is NOAA? NOAA is the National Oceanic and Atmospheric Administration. It was created in 1970 under the Department of Commerce by combining some different bureaus and services, such as the U.S....

How do I silence my alarm?The Hush command can be useful if you want to silence an alert for a short time, say when some sizzling in the kitchen sets off your smoke alarm. Hush is enabled when smok...

This again would require operating Wi-Fi and Internet.

How would you create an Applet in IFTTT for earthquakes in Chile, adding information like the city and minimum intensity (6.0), using RSS. I know the RSS feed but I don’t understand how to make the trigger. I’d be glad if you could help me with that. Or in any case changing the RSS feed.