One thing that really annoys me with SmartThings is that all routines have to be set up in the app. I use a mobile phone and to get an overview or to edit stuff is really cumbersome. That’s why I’m considering using SharpTools for most automations, as it’s a whole lot easier to set these up on a computer with their rule engine (but I would lose the advantage of routines running locally on the hub).

Is there really no way to set up local automations in SmartThings via a computer? I suppose I could go the Rules API route, but it feels too overwhelming to even know where to start (and not sure it’s worth the time investment).

I will keep a Google Spreadsheet for all automations, but juggling between this spreadsheet on the computer and the SmartThings app on the phone is not as easy as to have two tabs open in Google Chrome to know I have the spreadsheet up to date and to implement ideas from the spreadsheet in SmartThings.

I recently upgraded my smartphone to a new Samsung Galaxy S22+ which has the ability to use the Windows Phone Link app to access the Android apps from the smartphone on the Windows computer. And, there use also the Samsung DEX mode that is available too, but I’ve never really used it that much.

If I didn’t have the tablets, or a Windows computer, then I guess that I would try using my smartphone’s Screen Mirroring feature and mirror the screen to either an HDTV, a Fire TV, a Roku, or any other device that supports screen mirroring with a Bluetooth keyboard and mouse connected to the smartphone for a more immersive experience.

I believe the intended method for this is the Rules API. The idea is to eventually Create on a computer, run locally on the hub. Meanwhile, some “recipes” (their equivalent to pistons) still run in the cloud, I believe. But others will know the details.

The Rules API is still in Beta and many of us are hoping for an eventual UI more like SharpTools or Webcore, but it isn’t here yet. And no promises.

Meanwhile, here’s where to start. (The topic title is a clickable link.)

FAQ: Getting Started with the new Rules API Rules API

At SDC19, we previewed our new Rules Grammar and API that allows you to create simple and complex automations that can operate on the SmartThings cloud. In a future release of the API, local execution of rules on SmartThings hubs will be supported - making rules a great choice for those looking to create fast, stable and secure automations. We are excited to announce a few resources available for everyone to start testing: Introduction Video Rules Documentation Testing App (use the Show button) Example Rules We know you have will feedback and requests - we are working hard to add more features to the API (such as variables and expressions). Feel free to drop your ideas, questions, and comments here!

Thanks. The Rules API does look powerful indeed, but I’m getting lost long before I get anywhere near starting to create a rule… Are there any beginner tutorials for the Rules API that is not aimed at experienced programmers? I have some programming experience, but I need to get to somewhere where I can continue on my own…

Thanks @DaWeav. I just realized I can actually control my Samsung Galaxy S20 from my Windows computer… Its still just the size of a phone though, but at least easier to type on the keyboard. Hoping there’ll be an interface for computer later. 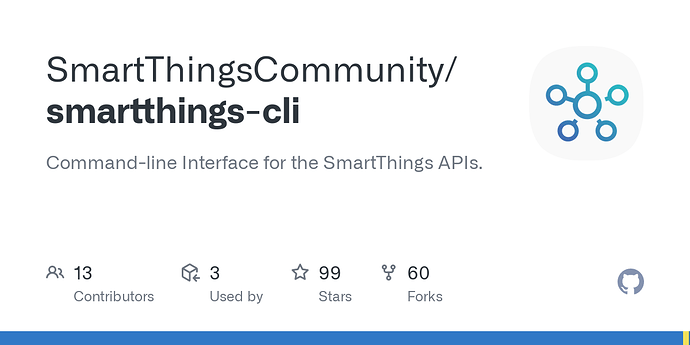 3 Likes
FAQ: Getting Started with the new Rules API
[Routines] How do preconditions work?
© 2020 SmartThings, Inc. All Rights Reserved.