Is it possible to control the dimmer level, using voice? Unfortunately only ios ipad or android Note 5.

What’s the brand and model of the dimmer?

For example, if you have an iPad and the dimmer is a Lutron Caseta dimmer and you have the Lutron smartbridge , then you can just use HomeKit to set the level. The same would be true for a Phillips hue bulb connected to the Phillips hue bridge.

You could do it with android and it would work with any dimmer switch that SmartThings can control , but you would also need the third party app SharpTools. @joshua_lyon , The developer of SharpTools, can say more about that option.

Both of these methods work with just the voice recognition that is built into the phone, you don’t need an echo or Google home. Alternatively, of course, if you get the $49 echo Dot then that would also work with any dimmer that smartthings could control, the phone OS doesn’t matter. 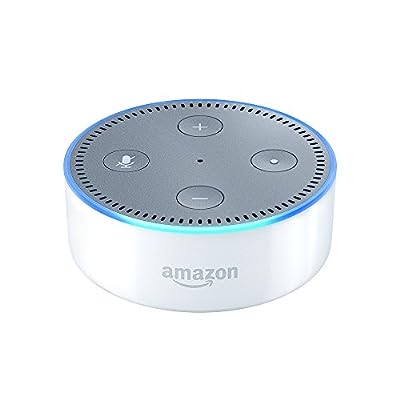 Echo Dot is a hands-free, voice-controlled device with a small built-in speaker—it can also connect to your speakers or headphones over Bluetooth or through a 3.5 mm audio cable to deliver stereo soun ...

There are also some other ways to do it, but they are more complicated.

So it all comes down to the details of your setup.

Install the smartapp EchoSistant in smartthings. Then on your note 5, install an app called reverb.

This will give you total control over your smart home and a whole lot more.

You did not need an Alexa device, just the Alexa service.

Reverb is definitely worth looking at, but unlike the other options mentioned, it’s not hands-free, so again it comes down to the details of what you need.

In the evening I will try your solutions. Thank you. My dimmer is Fibaro Dimmer 2 (FGD-212) - with Advanced DTH loaded:

Using Alexa, I can control the dimming level of all my smartbulbs:
Alexa, turn corner lamp to 50 percent.
Alexa, turn living room (including Hue bulbs) to 30 percent.