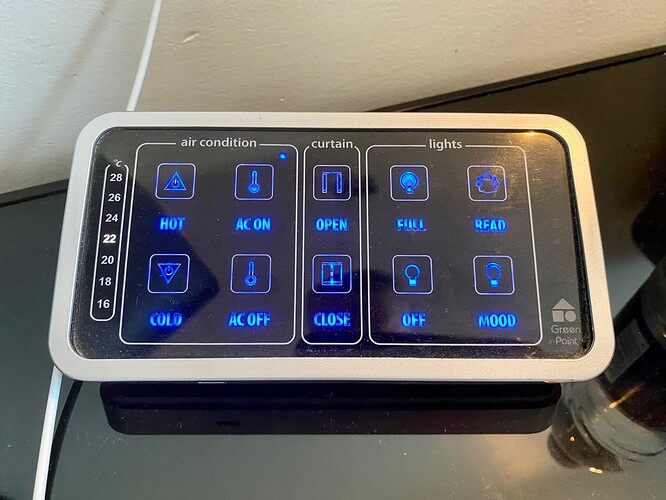 My wife immediately said - these are handy. She always forgets the voice commands for alexa, what buttons do what or how many clicks she needs to press.

I know there are multi button remotes available that would serve my purpose or even a small tablet. Ive even seen people use the stream deck (not sure how easy this would be)

But Does anyone here know of a similar device as this that can have simple faceplates, custom buttons? 3d printed?
Or a device such as this that will work with ST?

Historically in this community those have usually been referred to as a “dashboard.” Or less frequently a “control panel.”

Two of the most popular are from third parties: ActionTiles and SharpTools. They have different features and pricing, so check out both. (SharpTools also has a rules engine.) Both are browser based, so they are typically run on an inexpensive android phone or tablet using WiFi. Both allow for customization. The aesthetics are obviously up to you.

You can find lots of discussion of them in the forum. Here’s a useful thread:

Hey! So I’m pretty new to the HA game but now after playing around with webcore, smart apps and all the goodies I’m ready to move further and install my first wall panel. I’m thinking to get a 10" fire tablet for this but I’m trying to decide if it’s worth paying for sharptools.io or actiontiles because as far as I can tell I could just install the ST app on a tablet and get pretty much the same result. I’m mostly interested in viewing the sensors status, lights, scenes, cameras etc … pretty much what I already have on the ST app. What are you guys using for your panels? What would you say it’s the top 3 features that something like sharptools or actiontiles have that the ST app is missing? 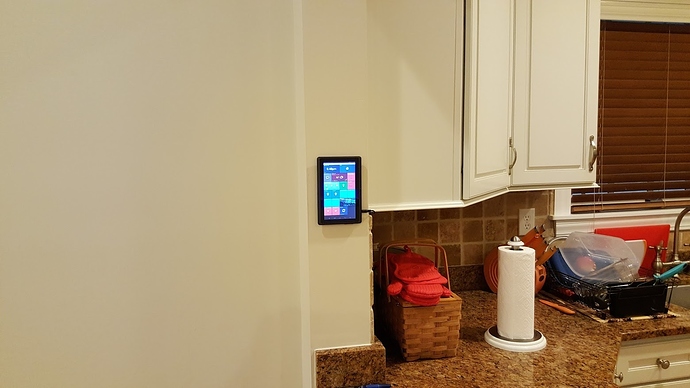 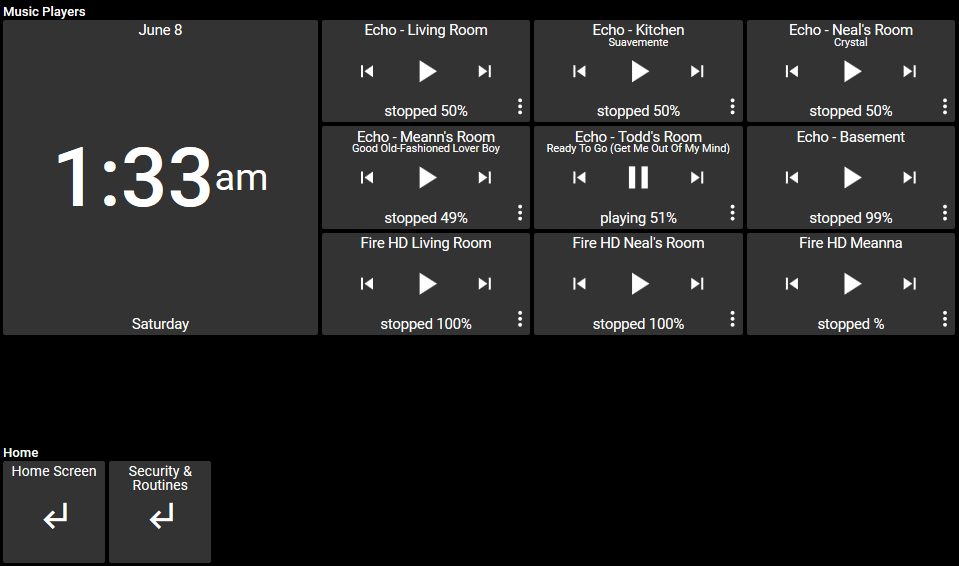 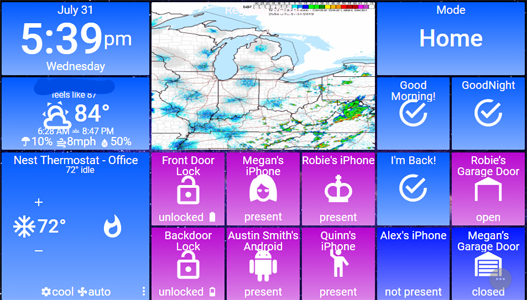 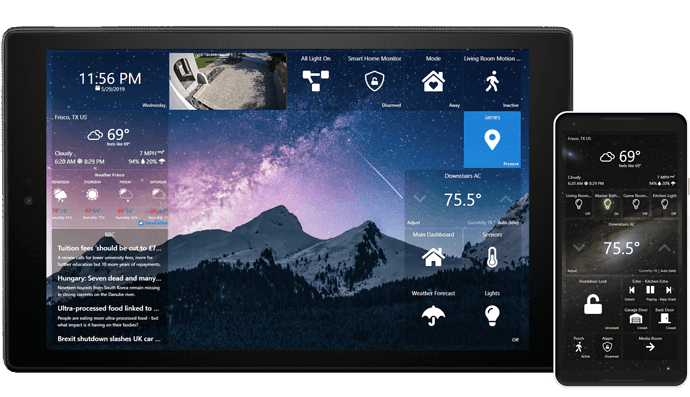 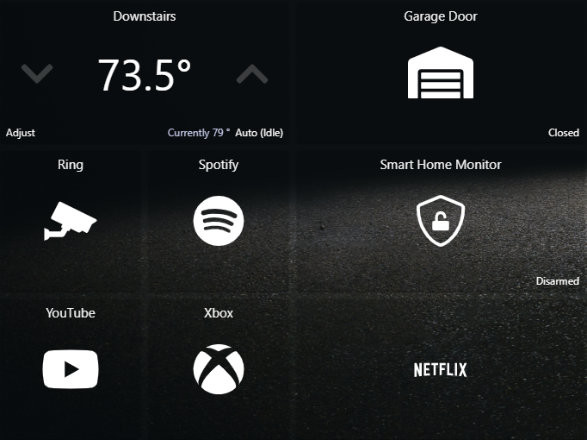 (We should note that Terry Gauchat who posted in that thread as an ActionTools developer has sadly passed away since that thread was opened. He is much missed in the community. But ActionTiles was founded by a different person, @625alex , and remains a viable service even though you probably won’t get direct responses if you reply to one of Terry’s posts. If you do have ActionTiles questions, you can tag Alex in your posts here, or ask in the forum on the AT site.)

Yes ive used both before and never really got into them enough so its something to explore. i take it they will still work with the current changes going on?
I was hoping for a simple physical device rather than a tablet tbh. I liked the streamdeck idea but its relies on ifttt which i just hate

Both Action Tiles and SharpTools are supposed to eventually work with the new architecture, but I believe only SharpTools has a version ready now, as @ChrisC4 notes below. You can ask for more details on their own sites.

As far as a physical device, I’m not aware of any of the type you mentioned.

The Remotec ZRC90 is an 8 button device with 2 functions per button (press, double press), so 16 functions total. There’s a community-created edge driver. Available on either North American or UK/EU zwave frequency. Popular for scene control, but not as good for people who need prompting as the dashboards. 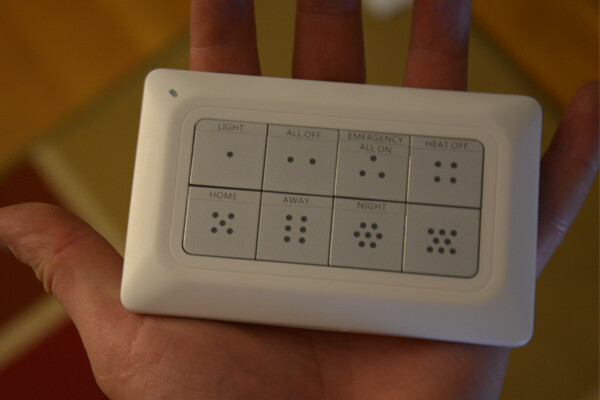 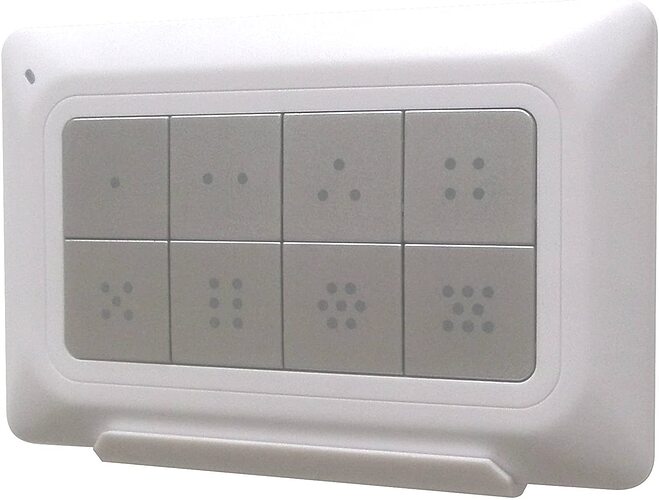 The ZRC-90 Scene Master is a Z-Wave Central Scene Controller. When one of the buttons on the ZRC-90 is pushed, your Z-Wave central controller will receive a signal which it can use to trigger unlimited control possibilities. With 8 buttons, each... 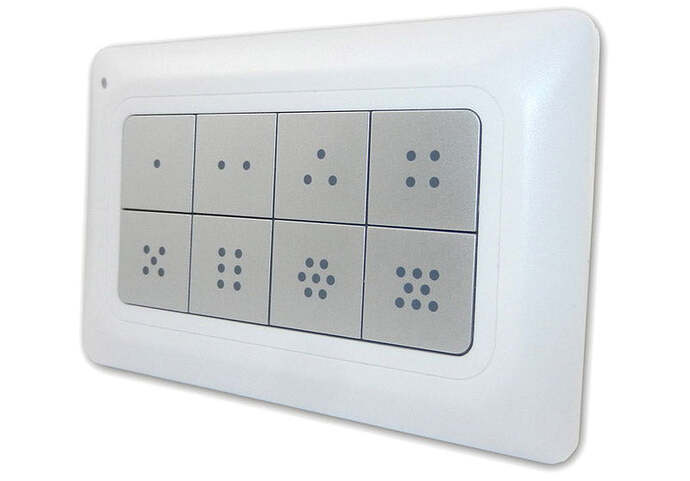 Yes something like this with a printed faceplate or stickers over the top would work well.
The dashboards ate backlight though which is a good advantage

Yes, both Action Tiles and SharpTools will work with the new architecture.

I’ve been asking action tiles about the groovy shutdown for months and it’s not ready. I’m hopeful they get things moved over, but they’ve been saying the limitations are from smartthings and keep pushing the dates back which doesn’t look good.