Christmas is coming and I would like to control when my outside Christmas lights turn on a off. I would have about 8 zones that I wan to turn on at sunset. What are the cheapest Zigbee modules to do this?

If I am forced to move to Z-Wave who makes the cheapest modules? I noticed Monoprice sells them.

I used three GE outdoor modules (zwave) without an issue in extreme cold conditions in the NE last Christmas and intend doing the same this year. Some Lowes are selling their old stock for 10$ if you get lucky, Check out the the following thread. Its huge…Check from the bottom to the way up.

And this is the device I am talking about: 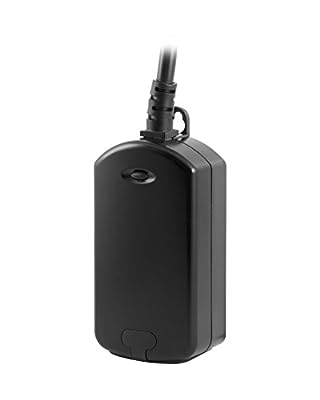 Transform any home into a smart home with the plug-in GE Z-Wave Outdoor Smart Switch. The outdoor switch enables you to wirelessly control your home's outdoor lighting and appliances, including season ...

My second issue is the dimmer module does not have an On/Off function. It goes from full On and slowly dims to Off and vice versa the other way. What kinds of idiots design this stuff? It should have 3 commands. ON: (turns on to the last known dim level), OFF: (cuts all power to light) and DIMLEVEL: (sets the dim level)

I am shocked on how broke all home automation products are.

Those are the exact actions the device has. It takes those actions using a default ramp rate that gives a pleasing fade up/down when used with a lamp as intended. You can adjust that ramp rate if you dig into the zwave parameters and instructions. I’m not sure if “instant” is an option though.

You’re thinking of wall dimmers with separate on/off button and slide to control the dimlevel. Electronic dimmers used in home automation are not that style. In order to enable the fade effect they almost always work on/off in tandem with dimlevel using a configurable transition time or ramp rate.

If you’re using it with non-dimmable lights, then you should look for the appliance module which is on/off only.

If you’re using it with non-dimmable lights, then you should look for the appliance module which is on/off only.

I would agree with that 20 years ago. In the year 2015 when you spend $42 on a super low tech device to turn a light on and off and dim it, it should not lack those basic features.

I am so shocked on how low tech Zigbee and Z-Wave are. A bunch of idiots created these specs with no view of the real world.