Continuing the discussion from FAQ: Networked Doorbells as of April 2015:

FAQ: Networked Doorbells as of August 2015 (deprecated--see 2016 FAQ instead)

“Alternative Method” Let’s invent our own device. Community brainstorm session? How much could is possibly cost to fund the design of a product that we all want to work with ST as well as just work in general!? Ideas? I’m open to tinkering and purchasing items to do so. What are we really talking here for just a simple trial and error project?

It’s easy to make a button that rings a chime. (I made one with a potato battery in 3rd grade.

The difficult part is making one that is weatherproof, still allows a signal to get through, and meets your price point.

So the first decision is are you going to change the outdoor button or the indoor chime or both.

Or maybe the first decision is price point, since that affects everything else?

Not a doorbell but, what about a black screen(similar to an ecobee3) and the screen can be programmed to suit your homes personality. Something that can be all black when not being used, turns on to show something on the display when it senses near field motion. The screen could show guests what “might” be happening, such as “Door Unlocking”. I find a feature like that useful because when I’m on the other side of the house and I know someone is at the door because I saw then drive up they still won’t come in because they think the door might be locked it they don’t know that I know they’re already here. If I could press a button in the app or ST that says “Tell guests to come inside” that would be great. Maybe an addon hardware that can help with the system. Something I can put on my walkway or front steps that is similar to a garage door safety laser(not really even sure what those are called or cared to ever look them up). The device that’s on the walkway would somehow have to be hidden or at least a very low footprint.

“Driveway monitor” or “trip sensor.” Can be IR or laser. Very similar to the garage door beam that catches obstructions.

Has anyone seen a laser or infrared trip sensor in z-wave or zigbee? Pretty much your typical mission impossible style sensors where breaking the beam would trigger an alarm? I have a few very specific areas where motion sensors are giving too many false alarms or the area they detect is too wide.

Not sure if this is really where this belongs so I apologize in advance but I created my own Doorbell integration.

I took my existing Doorbell which ran on 16VAC, fed that through a transformer, and into the dry contacts of an EcoLink door sensor. Had to write a super basic SmartApp to handle the input but it was all dead easy and < $50, iirc.

I happen to have a second chime in the basement so I wired it all up there, but you could easily fit it in an existing chime box that is a normal/traditional size.

Benefit to this is I don’t have to worry at all about weatherproofing and it has been rock solid since day 1. I have it turn on the porch light when anyone rings as well as send a a push notification so we know when UPS stops by when we aren’t home.

The only thing I wish I did, which I never got around to, was feeding DC to the Ecolink device. I got lazy after everything was working so it’s still on a battery.

@bmmiller
After running it through a transformer does the original chime still sound? Or only through ST now?

After running it through a transformer does the original chime still sound? Or only through ST now?

Yep, original chime still works just fine. I could draw a wiring diagram but there’s technically 2 transformers in the wiring and it is mildly more complicated than I alluded (but still just as cheap). There’s the original 120VAC to 16VAC stepdown transformer which goes directly to the chime. I added a second transformer after the 16VAC to go to just below 12VDC. I used this as it was cheap and it was an odd conversion to find something for: 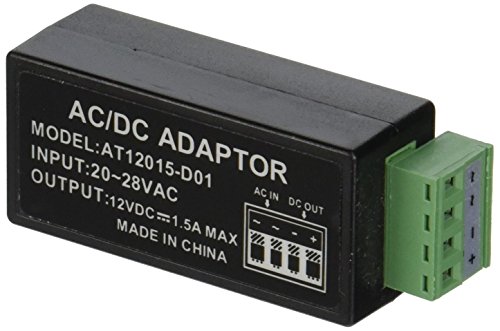 The R-Tech PA12V1500 converts standard 24VDC current to DC12V power, making it possible to use an AC power source for DC12V cameras, for example.

I then fed that 12VDC (again, technically was around 11.75VDC) through a SPDT relay, which was this specifically:

The output of that relay went directly to the unused input on an EcoLink Door Sensor, linked here for posterity: 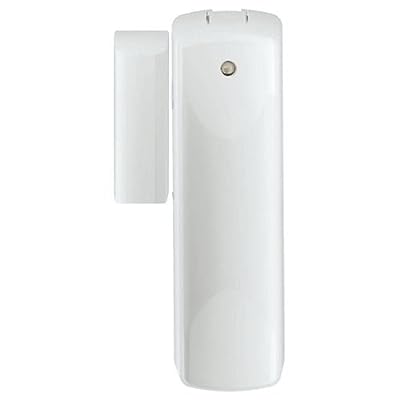 I couldn’t find any SmartApp that existed that could handle an input like this that could be used how I wanted so I made a quick and dirty SmartApp here:

I can’t for the life of me remember if it required feeding the 12VDC to the normally open or normally closed contacts on the relay but one will work and one won’t so it’s easy to figure out and you have a 50/50 shot. If necessary I could get my meter and go check it though.

Quite honestly, this project and the notifications for washer/dryer laundry completion have the highest WAF of anything SmartThings I have done. Not sure if that’s a good thing or a bad thing, heh.

Hi everyone,
It seems everyone seems to be taking a hardware approach to solve this, but if i’m not mistaken (and its very possible), isn’t the hardware out there?
All one needs to do is ask SkyBell in their app to create a ‘handoff’ button. In the app you could customise where it would take you…

Take SkyBell (as an example) - Someone rings the door bell - toast on the phone (and with their chime kit rings the door bell),you see who it is, and vocally respond, then tap the custom hand off button - this (in my example) would take you to the Smartthings app so you can unlock the door - may take a second longer, but ultimately the workflow is the same.

What it wont do is allow the ‘motion sensor’ to be surfaced as a trigger, that smartthings could use to bring up the porch light. However (and not ideal I get it) a separate motion sensor could fix that if needed.

My thought, if you wanted a hardware addition, would be the chime kit. Could you plug in some kind of trigger to that, so then when the doorbell is touched, instead of it just ringing the doorbell, it creates an ‘action’ in smartthings that could play a doorbell chime through Sonos for example, and trigger lights?

Just my 2c
Next steps - ask the Wifi DoorBell app devs to put in this extra button?

@jaburges At least for me, all of the smart doorbells out there aren’t very good at what they do. I don’t need another $200 half-functional device that I’ll never use because the “cool” features barely work.

All I’ve ever read were issues with the video camera, delay/lag, awkwardness, etc. This includes Skybell, Doorbot and whatever replaced Doorbot (same company, new product, which itself is kind of shady).

Instead of hoping I could get one of those to barely work, I opted for a simpler, always work, design. My implementation has been quite reliable and I actually can’t think of a time where it hasn’t worked exactly as designed.

Don’t get me wrong, I love their concept, and I’d love to get one if they worked as designed, but haven’t found one yet.

I have the same issue where I want exterior motion sensors. I have put indoor motion sensors outside and it is a fruitless endeavor, it just does not work for many reasons. The only way to go is to get a reliable motion sensor outdoors is to use a photo beam sensor and then just hard wire it to a smarthings module like a door and window reed switch. I have a few that have terminals inside of them to wire the photo beam sensor to. I have been looking at some that are made by Seco-larm and they are around fifty bucks, depending on the distance. I plan to put one to monitor people walking up to my front door and a couple more around back to monitor for intruders. The Seco-larm units are weatherproof and I will locate the smarthings module in a weatherproof box. The photo beam comes in in many configurations with most having two beams. If you place the beams high enough it will not false on pets or other animals and only detect humans. I can’t embark on this at this moment as I am dealing with some medical issues but when the doctors finish fixing my body I will get to work on this in a few weeks.