And before somebody makes a joke, I’m quadriparetic. There are those of us who could honestly use stuff like this.

I’m all for more options like this versus trying to kill a mouse and watching it get fried and taking 30 seconds while it suffers, or something else I read this morning about reminding kids to brush their teeth and putting a vibration sensor on their toothpaste tube or shutting down wifi until they have brushed. There are some things in this world that just shouldn’t be touched. Just because you can, doesn’t mean you should. Sometimes it just goes too far and some ideas should just be flushed

This use case with the toilet from anyone with any sort of handicap serves a practical and realistic purpose.

If anybody finds out whether the symbio can run its Home automation rules locally, let us know. Obviously the Alexa piece will be cloud-based, but I’m curious if the schedules and rules will run if the Internet is down.

I emailed them. The help page specifically calls internet out for video, but not automation rules
http://www.tsb-smarthome.com/help.html

I emailed them. The help page specifically calls internet out for video, but not automation rules
http://www.tsb-smarthome.com/help.html

There’s a copy of the manual on the Z wave alliance site. A couple of things to note.

They call everything a “sensor” including locks and light switches.

The system is limited to 40 total sensors.

Their “rules manager” is a pretty simple If This, then that structure. The manual include examples of “sensors” being activated at specific times, and one where a smoke sensor is the IF and a siren is the that.

Every January, gadget firms make a splash at CES. But what happens to those products afterwards? 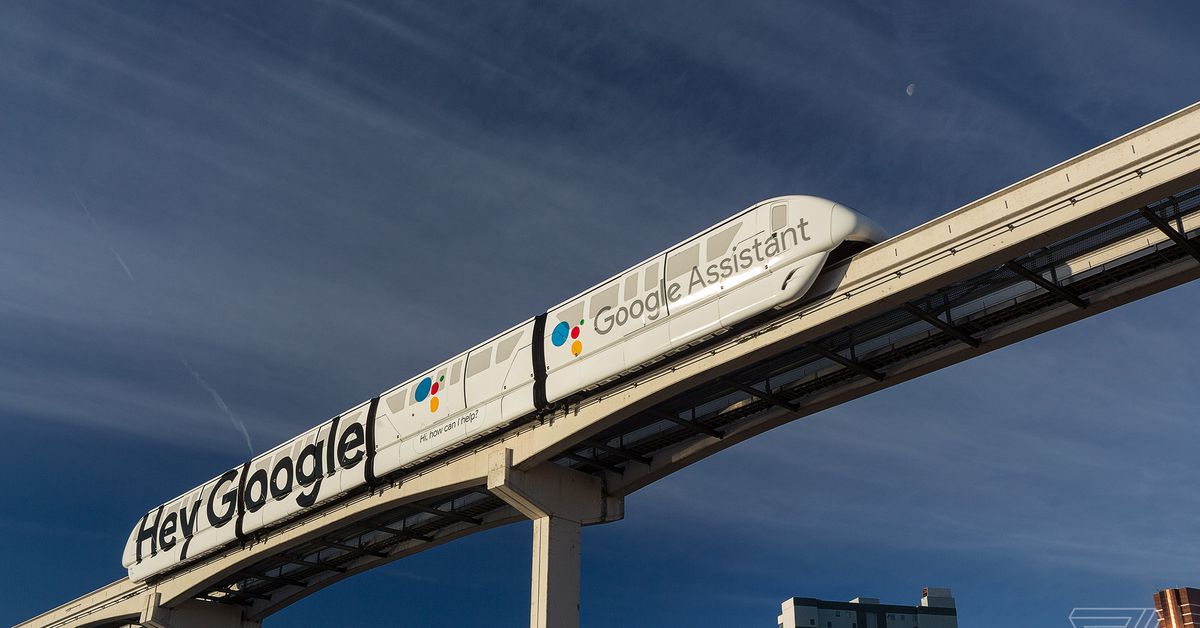 The real reason to be excited about CES 2018

Our guide to the most amazing and lust-worthy gadgets that debuted at the show.

I wonder if this Samsung 146 inch modular tv will integrate with ST?

Composed of millions of individual LED packed together in separate modules, MicroLED TVs are shipping this year.

I wonder if this Samsung 146 inch modular tv will integrate with ST?

If you read this article directly from Samsung it states that 2018 TV’s (the 146 inch Wall may not be consumer ready until 2020) will be upgraded to include Bixby and SmartThings. Kind of Deja Vu isn’t it?

Once again with the fridge eh… until these things are in the 1000 range, no one is buying… well not in mass 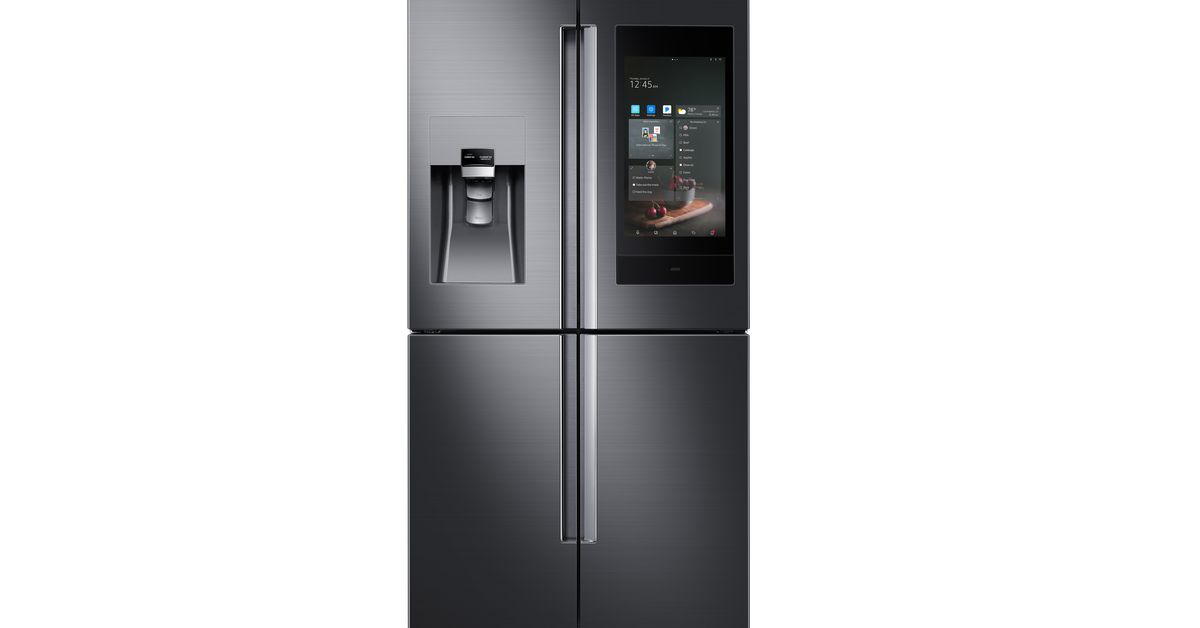 Who knew you could possibly cram so many features into a fridge?

B One (Blaze Technologies) is going to make another appearance at CES this year. Wonder if they can finally get this off the ground. It’s been in India for the last year or so. Prior to jumping on SmartThings, I was seriously looking at this, but they just seem to still be going around in circles.

B One (Blaze Technologies) is going to make another appearance at CES this year. Wonder if they can finally get this off the ground. It’s been in India for the last year or so. Prior to jumping on SmartThings, I was seriously looking at this, but they just seem to still be going around in circles.

This is that hoverboard thing right?

It was originally promised for August 2015, they finally got a few units shipping in April 2017 but with a bunch of downgrades from what had been promised. They obviously had problems with battery life, because among other things they dropped the memory from 32 gig to eight!

LH on April 21
Mine arrived (Spain) today
Bit of a disappointment- no Qi charge, reduced battery time and reduced internal memory.
Despite correspondence, and confirmation via email, with BOne in feb this year, my promised upgrade to the gold package didnt happen- i got the hub unit, a motion sensor and door/window sensor.
A quick look at the ‘products’ section on the website shows that these, and the siren, are the only products available. So no camera, doorbell etc.
My guess is that if you are still waiting, its because you have requested/paid for a package that includes products that aren’t now available- camera, doorbell etc
Really poor show and I beleive a breach of Kickstarters rules to keep backers adequently upadted and informed.

Also, lots of reviewers had difficulty getting it to work.

And the company continues to overpromise and underdeliver, now with regard to HomeKit compatibility.

So far, I’m not impressed.

So far, I’m not impressed.

Nor am I as of yet, that’s why I left it behind for moment. Im not holding my breath on it, but wanted to throw it out there for the OP in the other thread just because of the distributors location. It sparked my interest as to what they are up to now. Thought it might be worth researching. Didn’t say it would pan out

I would like to see what comes out of CES to see maybe that they have gotten out of their own way and made some positive progress.

… but they just seem to still be going around in circles.

If they can’t even update their primary webpage with the latest data … it probably means they are so busy delivering, or they are to shy to admit that they haven’t delivered:

i.e., Which is it? Do they support 200 devices yet or not? Which were the 60 compatible devices?

Supports over 60 devices and all prominent Wireless Protocol standards. We are rapidly increasing our ecosystem and aiming at reaching over 200 devices by mid 2017.

SmartThings is officially compatible with 168 Products (and, as we know, actually many, many more via Community DTHs). https://www.smartthings.com/products

If they can’t even update their primary webpage with the latest data … it probably means they are so busy delivering, or they are to shy to admit that they haven’t delivered:

Oh I agree. There were a lot of things that detoured me away:

That’s why I was curious to see what comes out of CES.

It could just be a lot of smoke and mirrors, but damn it had/has such a lot of promise.

I’m outta town this week, otherwise I would have registered to attend and driven down the street to check it out.

Man I hate PR speak. “Its 2018 Smart TV platform is getting an upgrade with the addition of its Bixby AI voice control platform, as well as integrated SmartThings technology. That home automation hub support will “offer easier sharing, connectivity, and an overall simplified way to control the television and sync with other devices.” As Samsung explained during the event, it’s replacing all of the current mobile apps with one SmartThings app, that will help you login to services, set up WiFi on your new TV, and more.“

So by mobile app, do they mean actual mobile apps or just the TV apps?

Samsung's 2018 TVs will be a little bit smarter with Bixby AI.

This pic is interesting. The screen in the lower left says “Show my device list in SmartThings”, but the UI looks like Samsung connect. 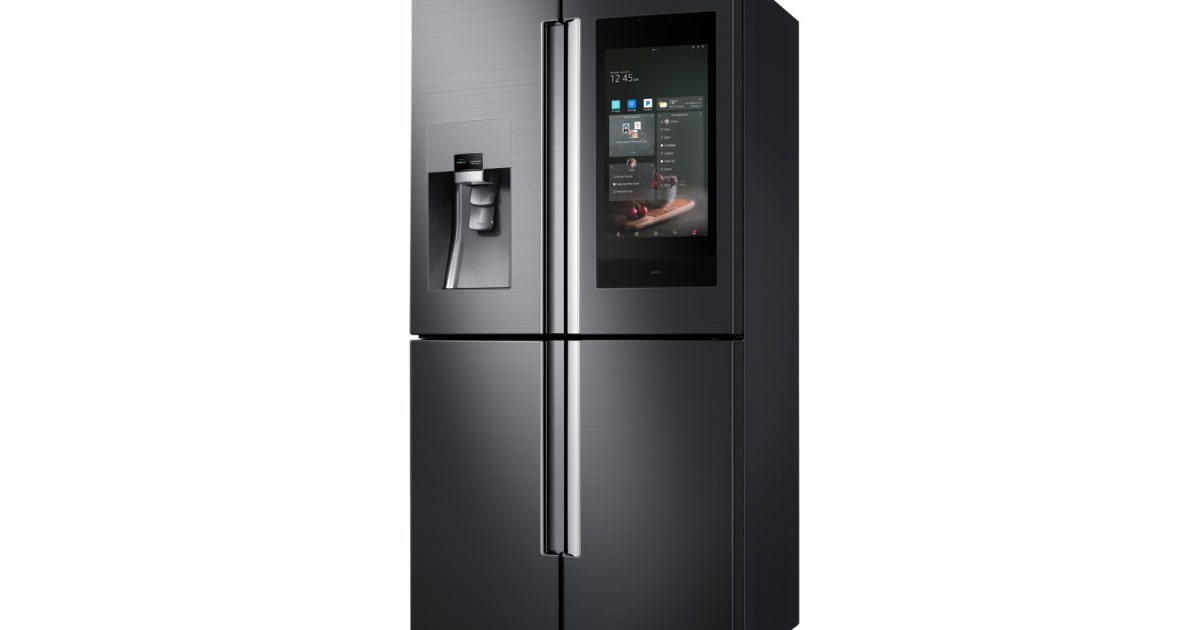 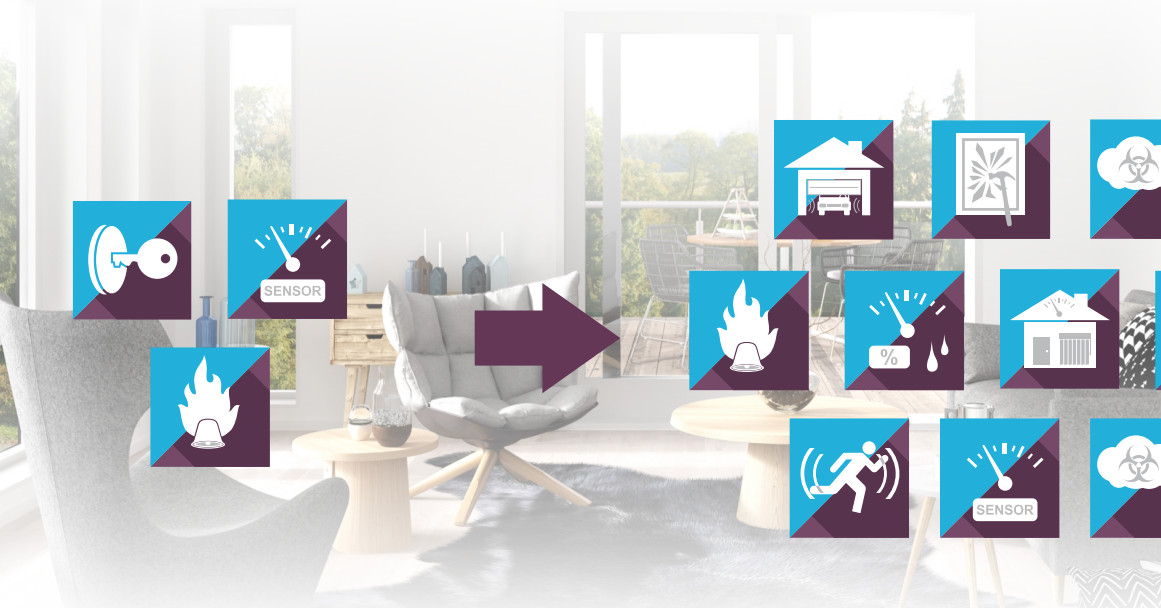 Hmmmm…Is it just me, or does this sound like they’ve licensed the patented Sensative power management for the seventh generation? Because Zwave with 10 year battery life for a sensor is exactly what the Sensative does.

Or is this a case of once somebody shows it can be done, it turns out there are a lot of different ways of doing it? We will see.

@JDRoberts will be interested in this. I believe he is a Mr Beams fan. 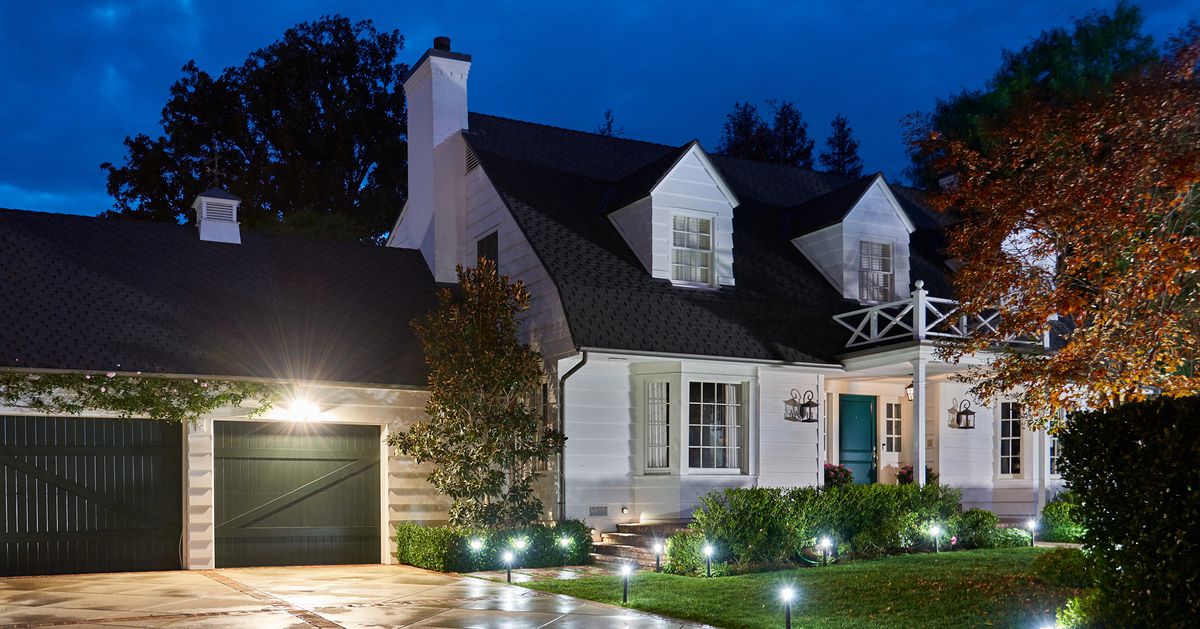 Ring is getting into smart home lighting

Ring will add wireless lights, like ceiling lights and lanterns, into its connected portfolio.

In fact, just this fall we added a new set of three motion sensor bright spots which are internetworked So motion detected by any one of them turns on all three. They don’t connect to anything else, but we didn’t care about that. They were great for a dark section of the yard because the soon as you open the gate and trigger the first one, the next two turn on as well, which let people see where they are headed. It also meant we can have one positioned at a turn in the path so that it is perpendicular to the first one but they both come on at the same time. This Particular model is expensive for Devices which don’t integrate with anything else, but it’s one of those things where after we bought it, we were really glad we did because they solve a problem which is hard to solve otherwise.They’ve been super reliable and have a really solid build without looking clunky. I can see them fitting into the Ring line very well.