Let’s see what announcements SmartThings has got for us…

Strategy #1 for 2016! IoT Ecosystem with SmartThings having the largest network! Here comes the SmartThings V3 = Extend Stick and is free for the 3,000 TVs…

There’s that “statistic” again. It is based on very loose definition of “Developer”. I’ll leave it up to the reader to speculate as to what SmartThings calls a “Developer”.

Whatcha talking about? You have to be a developer to run SmartThings, or else shortly after you purchase a hub you’ll be forced to become one!

20,000 users have installed custom device types or smartapps . . . Which means if you can copy and paste your a developer in STs eyes

Well i sat and watched all that expecting some big breakdown on SmartThings plans and proposals for 2016 - turns out they got a 1 minute plug and show of a dongle for 20 seconds . . .

If samsung are more excited and give more air time at CES to Warner to discuss there new tv app than SmartThings get to discuss and show off there whole new crowd leading integration of IOT to the tv . . . Then i have worries !!!

I reckon im at most about a month away from jumping ship for good . . . There hasnt been a posative and inspiring day in this community since . . . Ermmmmmm yeah since i can remember ?!?! . . .

V2s hype period was exciting but turned out to be the worst thing that ever happened to ST . . . So now hype around new ventures worries me as a pose to exciting me !!!

Perhaps this is a positive sign And maybe they will stabilize things and not focus on expansion and integrations that they can’t deliver on like last year.

As announced here: What are peoples views and thoughts? A well needed addon for the masses of users, or another distraction from stabalising the platform?

3 minutes ago they announced a new integration with BMW . . . You was saying?

EDIT: Link for those who haven’t seen it yet 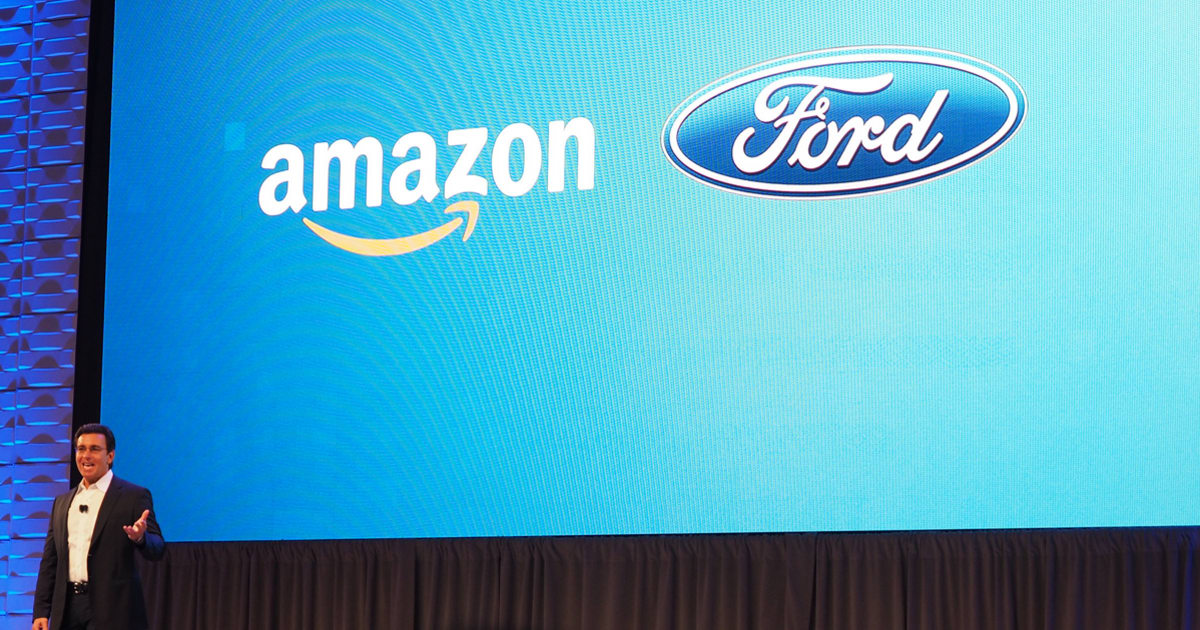 Ford will let you talk to your car through Amazon Echo

Take Alexa with you in your car.

Ha, ha, ha. You haven't had SmartThings for too long did you?

With all the new cars integrating with CarPLay and Androids version, one would think this would be a better way of hitting the masses. I noticed in the video it showed the location of the car, is this intended for presence sensors like our phones too?

Announced in september (correct) but finalised and released and showcased today via this post and CES:

Time and resources that needed to be spent on the core system, the more features you keep adding to an unstable platform is obviously going to cause even more strain and user disapproval . . . It would be stupid to think otherwise !?!?

The fact of the matter is, its like for example samsung releasing a tv that 100,000 people buy and from day one the tv tuner is really flakey and hardly ever works 100% correctly, yet every month samsung publicly shout from the roof tops about how they added a games engine to that tv ranges offerings or a tv app for news or a wallpaper feature . . . The fact remains it may generate new sales, but every single person with that tv in there living room is slowly growing to resent them because they arnt focusing on the core issues to make the core product work properly . . . Just sales !!!

ST needs to focus the team and get us some REAL results that will make us smile, not smoke screen gimmicks to generate quick revenue.

We’ve had enough, we are angry . . . its time to put your loyal customers first, not your bank balance . . .

We’ve had enough, we are angry . . . its time to put your loyal customers first, not your bank balance

Speak for yourself, I’m not angry.

Good grief, it’s called marketing. Sales = revenues = the reason they are in business.

You may be right that further sales may “cause even more strain and user disapproval”, but so what? Do you really think people will stop buying Samsung TVs because SmartThings doesn’t work super well? Samsung bought SmartThings for their reasons, probably not one of which is something we care about. It would be crazy otherwise.

You totallly misread what i put - it was a mythological example - and you even got that wrong - go back and read it again, nobody said samsung will stop selling tvs haha - i said samsung wouldnt release a product that had fundimental issues and then start releasing addons for it before fixing the original issues . . .

You may be happy accepting second class service on products you buy but alot of us are not . . . Look around the community its blatently become a big big issue in the last 6months . . .

Stability needs to be addressed before adding even more complications, its common sense not rocket science

You may be happy accepting second class service on products you buy but alot of us are not . . . Look around the community its blatently become a big big issue in the last 6months . . .

Stability needs to be addressed before adding even more complications, its common sense not rocket science

Silly argument. They will do whatever they want. Free service speaks for itself.

Agreed.
You have to piss pretty hard against the wind to get anywhere.

I think some people are missing the fact that SmartThings has to generate revenue. Hubs are 1 time purchases (maybe 2 if you upgrade). The add-on Things aren’t high profit makers.
The next best way for them to make money is Integrations and Services. Service like video storage. Integrations like those with auto manufacturers.
It also gets new users. I don’t think anyone is going to go buy a BMW just because they have a SmartThings hub…but someone might go buy a SmartThings hub or a 2016 Samsung TV because they bought a BMW.

Yes, you can argue that they need to get the existing architecture working properly to keep the existing customers happy and show a solid product to the new customers coming in, but it’s hard to do that when you aren’t generating revenue streams.
I’ve had issues with my ST setup. I’m not one of the lucky few that hasn’t. I understand there are growing pains with tech products, especially ones that have so much control of my daily life. I wouldn’t have bought a hub if I wasn’t willing to work through them.
Even established companies have product issues they have to work through. The good companies DO work through them. It’s a good chance to see what kind of company SmartThings is and what kind of company they want to be.

Finally I am a developer. Don’t ask me what I am developing. It’s a secret and it’s very beneficial to ST.