I’ve been running SmartThings since it originally came out an overall been happy with it however I’ve always disliked that the options for a Z-Wave switches don’t necessarily aesthetically look or feel the best. Such as trying to pair ceiling fan switches to dimmers and two regular switches none of them perfectly match each other for design such as having blue or green LED lights on them. so I’ve decided I want to move over to Lutron and been looking between Caseta and Select.

I just ordered a Select bridge it was pretty set on going to Select route but it’s going to cost at least twice as much over going with Caseta. And I kind of like the Cesta looks for their switches a little better.

But the problem I’m running into is that there is no true fan controller switch with the Caseta line. I thought is just to put it on off for the fan and then have another Z-Wave fan controller in line with the wiring but I’m not sure exactly which one will work best for me. I have two newer Hunter fans that do not have wireless but I don’t think I should matter as I should be able to put some type of controller inside the fan housing for Z-Wave.

so I’m just wondering if anybody can give recommendations. I just want it to be mountable inside the fan housing and only will come tril the fan speed, nothing else such as the light and actual on/off as I’ll be using Lutron switches for those.

FWIW I just installed GE fan switches and dimmers for two new ceiling fans. As far as I recall, they look identical; I can take a photo tonight to share.

The wink module is one that is used a lot by users. It runs Zigbee. It is a bit of wiring but can hide in your canopy. You can control it with Zigbee through SmartThings, Alexa through SmartThings, and they have remote controls, too, one of which can look like a switch in the wall.

I do have the GE fan switches now, used to use Evolve dimmers and stitches but moved to Dragon Tech when they were first with Z-Wave Plus. But it was my understanding that even the newer GE switches don’t exactly match the fan switches.

Just was looking into the Wink one. I see another thread that is about 800 posts long but sounded like it was possible to use.

Just was looking into the Wink one. I see another thread that is about 800 posts long but sounded like it was possible to use.

I’m using two of them. They’re OK but when I installed new fans I went with the GE switches as they’re a little more straightforward and don’t have the mesh range issues of the Wink controller. The downside is that the GE fan controls only come in a paddle switch, so now the kids’ rooms are different from the rest of the house…

I have two and they work great. I had to put a Smartthings outlet in the same room to act as a repeater. The one in the next room would not work (this controller has a very small range). I also had to install the rubber spacers between the ceiling box and the fan bracket. Without them the controller was not getting a signal. But I was able to mount the antenna to the ceiling under the canopy out of view.

Here’s the z-wave plus version of the dimmer and the fan controller:

I have a friend that used this Bond product and he said it worked great for an Alexa integration. Wink and ST integrations coming soon.

I went with screw-less just because of even small mark a screw would bother me. My 4 year old loves screwdrivers so he would take a screwdriver to those. Does the LED on the switch match between the two? Maybe I was thinking back incorrectly and it was if I kept my Dragon Tech switches that the newer GE fan control still wouldn’t match the LED.

I have a friend that used this Bond product and he said it worked great for an Alexa integration. Wink and ST integrations coming soon.

Looks interesting but I don’t have remotes at all for my fans. Actually I’d pretty much even be okay with just a cheap remote and not through my phone as I rarely change speeds. However, when I do change I am either lying in bed or sitting in my living room. My house is a Cali split with 3 levels, and the living ceiling fan and light controls up a half of flight of stairs.

I feel pretty set on moving to Caseta switches throughout my house. Normally I like rocker switches, really even toggle, but having one room with a Caseta I been a bit more accustomed and think it is fine. I initially just didn’t like it being so flush and thought it would be more difficult to hit the button as easy as a toggle or rocker but don’t feel that way now.

The one room I have a Caseta I initially didn’t like it but now I do. Normally I like rocker switches, really even a toggle, but I got use to the Caseta in the one room.

Does the LED on the switch match between the two?

I have about 25 GE switches, some zwave, some zigbee (Dimmers, on/off and 2 fan switches). All have blue lights and all match as near as I can tell.

Appreciate all the responses. I think for now I am going to give Lutron Caseta a try with the Wink controller mentioned. Being a big tech/gadget guy, I’m sure I’ll move on to something else in a year or two. I do wish however SmartThings support Clear Connect like Wink does, maybe in the V4 hub.

ITLEAD has a Sonoff (which BTW, I just learned is supposed to be said as “S on off”. Who knew.) device too called the IFAN02. It’s basically the same as the Wink except WiFi. There are custom firmwares out there for it for ST. Best part…$15.
https://www.itead.cc/sonoff-ifan02-wifi-smart-ceiling-fan-with-light.html

ITLEAD has a Sonoff (which BTW, I just learned is supposed to be said as “S on off”. Who knew.) device too called the IFAN02. It’s basically the same as the Wink except WiFi. There are custom firmwares out there for it for ST. Best part…$15.
https://www.itead.cc/sonoff-ifan02-wifi-smart-ceiling-fan-with-light.html

ITLEAD has a Sonoff (which BTW, I just learned is supposed to be said as “S on off”. Who knew.) device too called the IFAN02. It’s basically the same as the Wink except WiFi. There are custom firmwares out there for it for ST. Best part…$15. 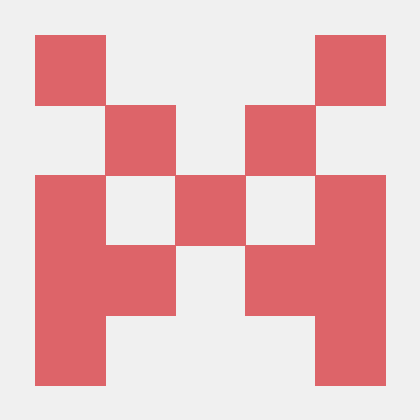 Bad News:
When I proceeded to test all the functions I started with the easy part which was turning on and off the light which worked but only On or Off no “dimming” but maybe I am doing something wrong but will look into that further. Next went to test the fan … Let me start with saying that yes I did make sure that I had the pull chain set in the position for the fan to be on HIGH/Full speed. When I turned on the fan via the remote by pressing 3 (high) the fan came on but did not seem like it was the full speed (doubled checked the chain setting) so I figured I would check the 2 (medium) button and the fan slowed but seemed like it was WAY slower then medium and then tried 1 (low) which resulted in the fan barely even spinning. I am not sure if this is something that can be corrected via firmware or not but it is very disappointing and think I am going to wait to install the second one until further testing.