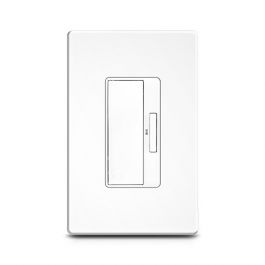 Easily add a Z-Wave light switch wherever you need it with no additional wiring required. The battery operated switch conveniently mounts on any surface. Wallplate included. Can be used in combination with RF switches, dimmers and receptacles Z-Wave... 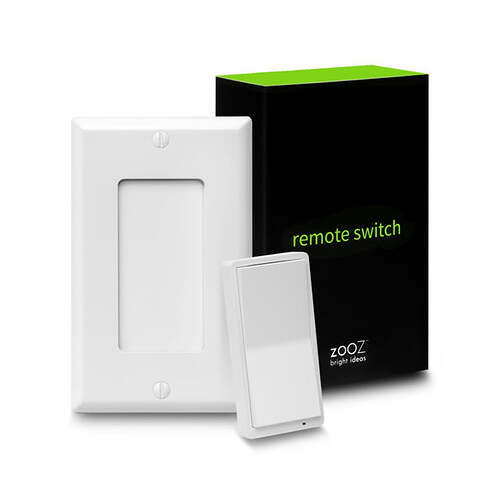 Sure, there are several depending on exactly what you want to do and where you live.

There are generally three categories which would fall under this general description. I’m going to first post this just describing the categories and I will come back later and put in product links.

There are smart switch covers which fit over an existing toggle switch and physically move the switch underneath.

These are pretty noisy while moving the switch: not as loud as a garbage, disposal, but loud enough to startle the cat. I use several of these in my own home in places where I wanted to make a dumb ceiling fixture smart. Some will also work over a rocker switch, for others, you might have to change the dumb rocker switch for a dumb toggle switch first.

There is a zigbee version from third reality designed to work with one of the echo models that has a zigbee hub inside. Those work fine with smartthings. They are available in several countries. (note that the one that fits over an existing toggle is called the “smart switch.” They also make a button which does not fit over an existing switch and is just a button you can wallmount.) 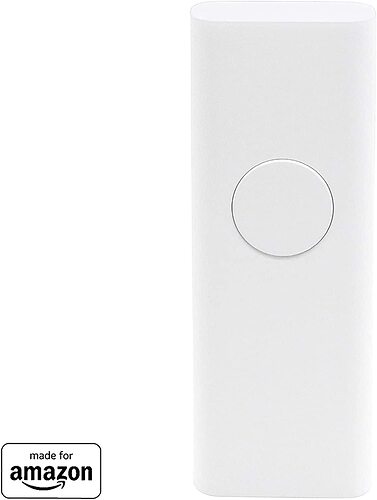 There is also a Z wave model available from econolink on the North American frequency, which looks just like a conventional US switch. You used to need a custom DTH in order to get battery reporting, but it should work just as a basic Z wave on/off switch. I haven’t seen a EU equivalent, though.

You could also use a SwitchBot button pusher to physically move an existing dumb switch. These have a pretty good integration with smartthings, but you do need their mini hub as well to get integration. Available in many countries. This is essentially a “robot finger.“ Easy to install and use, but it definitely looks weird.

This link is just for the button pusher. You will also need the mini hub as well. And be aware that there is a new version of the minihub coming out in a couple of months which will also support matter, so if you can, wait, it would probably be best to wait for that one. 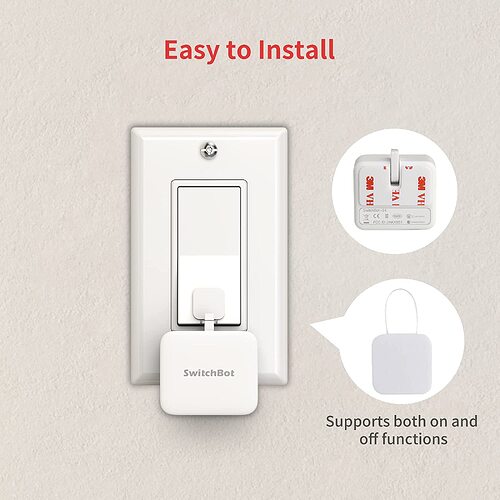 This link is just for the button pusher. You will also need the mini hub as well. And be aware that there is a new version of the minihub coming out in a couple of months which will also support matter, so if you can, wait, it would probably be best to wait for that one.

SwitchBot Smart Switch Button Pusher - App and Timer Control, Easy to Use with 2... 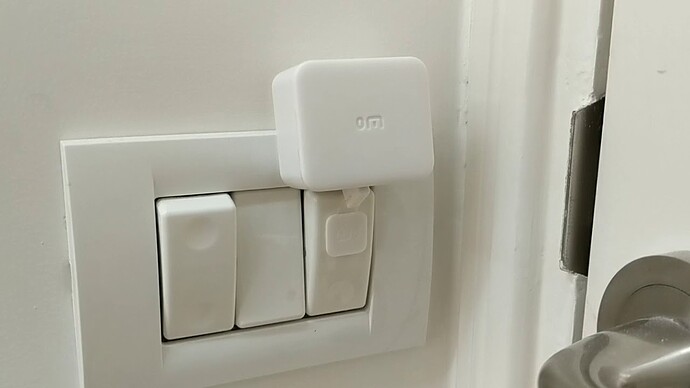 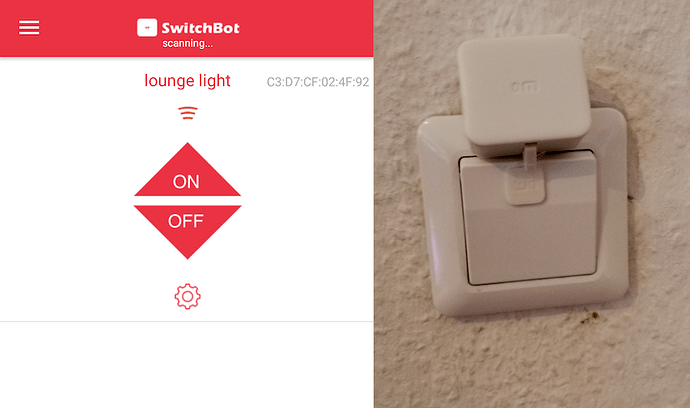 This category is different from one above because it does not physically move the original switch underneath. Usually, you would leave that switch turned on so that there is power for smart bulbs in that fitting.

i use several of these in my home. At the present time, they do not connect directly with smartthings, most of them have to be connected to a hue bridge. In December 2022 hue, added the ability to use these devices as triggers in an Alexa routine, so you can get partial integration that way. It’s possible that once both hue and smartthings have implemented matter support that these devices will be exposed to smartthings, but no promises.

For the US, my personal favorite is the Lutron Aurora dimmer. Feels just like a conventional analog dimmer so it’s very intuitive for guests. I have five of these now. 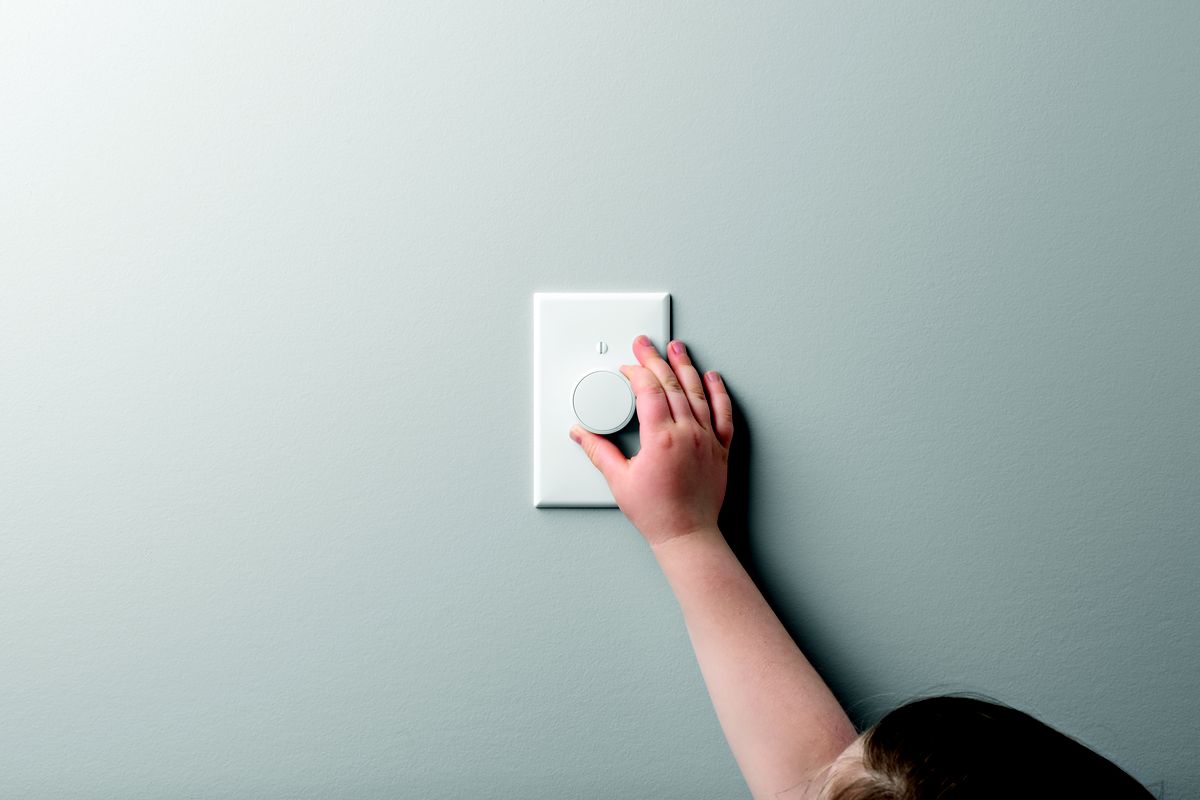 You can just use these as an alternative means of control, so that they don’t show up in smartthings, but they do give you a physical control on the wall for your light switches which do show up in smartthings. I’ve used them that way for several years. This is the one smart switch I’ve never had to explain to anyone.

Some smart switches don’t fit over the top of an existing switch, but you can buy a fairly inexpensive cover box and then put the smart switch on top of that. This has become particularly popular with the devices from Hue, and there are ones shaped for both US and UK light switches.

Samotech makes a bunch of these under covers sold in several different companies, typically under $15. Of course, you still have to buy the battery powered device separately, but it’s not completely out of line. Iyoki this is another popular brand in the same price range. 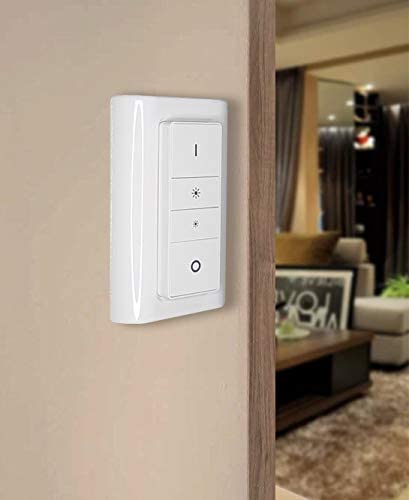 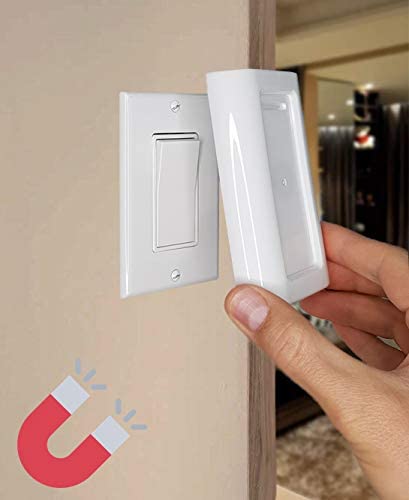 So it depends on exactly what you hope to do with the wall switch, but you should have at least a couple of options to choose from.

Both of those are models that can be put in a standard switch box, but you have to remove the existing dumb switch first. That does mean you have to do something with the wiring, if only to tie it off.

The ones that I listed allow you to leave the existing dumb switch in place and can normally be installed in a few seconds without ever touching the wiring. So it just depends on the details of what the OP is looking for.

@JDRoberts thanks for providing me with all these options.i should have been more descriptive but what i was look jng for is a battery powered switch that would go over my single pole on/off switch. In my downstaits, i have these lights with small recessed lights & there are no neturals. My recessed lights are low profle because there is.not much room in the ceiling. I had my downstairs refinished a few years ago & not sure if its a pita to.run the extra lines for power with all my switches downstairs (6). I was thinking i may be able to swap the lights & replace them with the halo smart light use i use in my hallway because i know that was low profile also. Ill probably just wait & see whats my best option when i have other work done in my house. Im not handy so i dont mess with any of that stuff.

Can you post a picture of the switch you want to control? It sounds like you might be able to use something from category one in my post above, in which case you keep the dumb lights you have, and you just add the smart switch cover to turn that switch on and off as needed. The only thing is that doesn’t give you dimming, so that’s a separate issue. 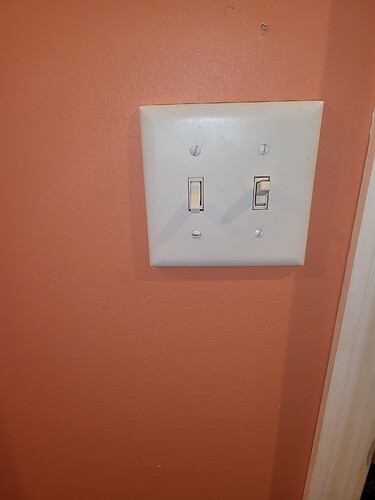 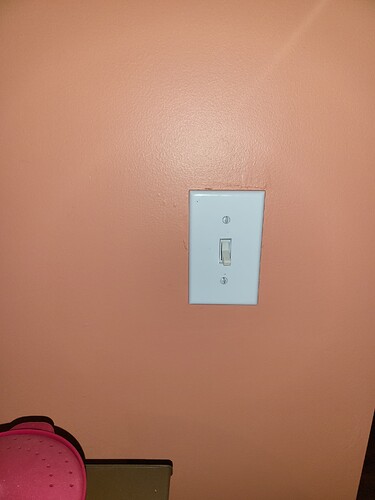 OK, those should work fine with the things I already listed. If you want to physically turn the switch on and off, keeping your existing dumb bulbs, use something from category one.

If you want to put in smart bulbs and remove the possibility of someone accidentally powering them off, use one of the options from category two.

If you are willing to remove the existing dumb switch and replace it with something new., which will require a small amount of wiring even if the end result is a battery power device, look at the options that @h0ckeysk8er listed.

@JDRoberts thanks & ill look closely. When i have work done in my house ill see whats the best route. If its easy ill get the neturals put in & just go with smart switches.

There are some no-neutral options out there.

SONOFF ZBMINI-L2 is an extremely tiny Zigbee Smart Switch that can be easily fit in the smallest EU-type mounting box. Ultra-small size, no neutral wire required, transforms into your smart dream home.

The samotech cover looks similar to something that Sylvania has. I think i just saw a post someowhere here with a person looking for a driver for the Sylvania button

The samotech cover looks similar to something that Sylvania has. I think i just saw a post someowhere here with a person looking for a driver for the Sylvania button

Samotech doesn’t make a smart switch cover. They just make a plastic box that goes over your switch. It doesn’t have a radio or anything. They make them to fit different battery powered devices, like the hue dimmer switch.

So the idea there is that you get a battery powered device which is intended to be flat on the wall, and you separately buy the Samotech box to put over your existing switch and then you put the radio device on top of that.

Then you add the smart device, in this case, a hue dimmer switch, on top of that.

There is a zigbee version from third reality designed to work with one of the echo models that has a zigbee hub inside. Those work fine with smartthings. They are available in several countries. (note that the one that fits over an existing toggle is called the “smart switch.” They also make a button which does not fit over an existing switch and is just a button you can wallmount.)

I have several of these working on the same battery since March of 2022 and have never had to touch them again. The best part is that ST auto migrated them to the Zigbee Switch Edge driver and they are still working flawlessly. I have neutral wires but I’m lazy! 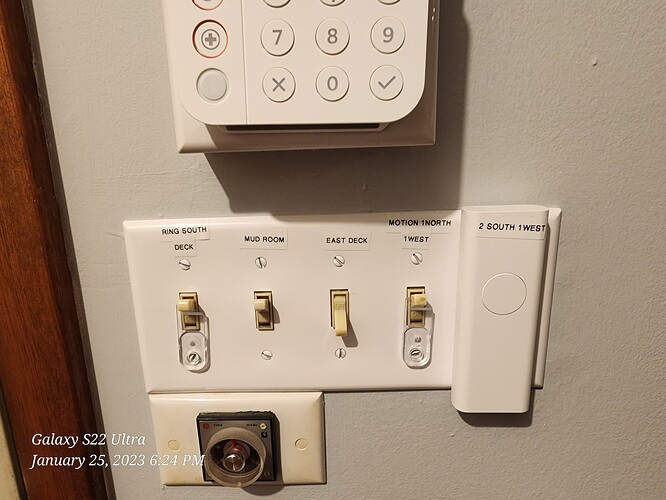