Are there any good AV Receivers that ST can integrate with?

ST can “integrate” with ANYTHING… (or any-“Thing”, I think is the terminology).

It’s just that some work is required to make Thing’s “Smart”.

Perhaps some Community folks have had some success with specific integrations or could comment on the two options I mention?

I’ve got two of these bad boys with serial connections en route, one for my Onkyo Pro and the other for an DCX2496… 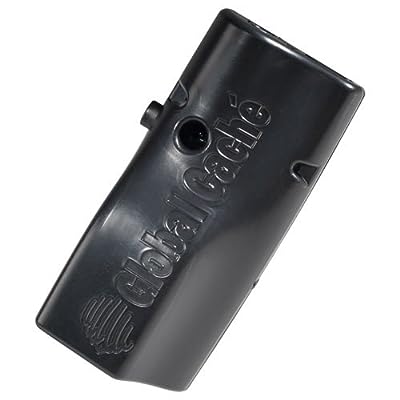 Two programming interfaces are available, REST which only works inbound (IE no reads from device), and TCP sockets, which is bi-directional, but won’t work with ST at this time.
So, you would get the same functionality that you currently so enjoy with IR control…

@Mike_Maxwell Nice, I hadn’t seen those before at all, that is pretty sweet. I’m familiar with both REST and TCP connections. I might use my local server to communicate via TCP and then output REST to ST.

What do you do with yours? What type of actions etc do you use it for?

@Mike_Maxwell Nice, I hadn’t seen those before at all, that is pretty sweet. I’m familiar with both REST and TCP connections. I might use my local server to communicate via TCP and then output REST to ST.

What do you do with yours? What type of actions etc do you use it for?

Primary use will be to throw down a fist pumping base curve on the DCX2496 which manages my massive subs. That EQ curve is a bit much for TV and Movies…
The Onkyo has an Ethernet port, which I could use but no REST, so I may or not use the other one on that.
For the Onkyo I want to change decode modes based on Harmony activities, which I could probably do via the Harmony, but it’s so annoying to use for that.

They also have a three channel blaster module you can use with the same iTach module, pretty cool little device.

Mike you are right, harmony just a pain. I did not know about that cool little device either. Just added it to my wish list. Doing some other stuff right now. I also have onkyo avr’s (5008 and a 1009) so will be following. Good Luck!!!

I’m familiar with both REST and TCP connections. I might use my local server to communicate via TCP and then output REST to ST

If you have a Denon/Marantz receiver, I put together a Python library for controlling my AVR. I integrated into into a Python/Django web app so I could control the AVR via HTTP commands similar to what you mentioned. The web-app wasn’t as polished as I wanted so I never published it, but I would be happy to share the code with you if you are interested.

He he he he…
Gotta love Sunday delivery!

Alrighty, the super duper global cache iTach Flex Ethernet devices have done nothing but piss me off to date.
The device configuration utilities are lame, iHelp(less) is required for firmware updates, and includes no provision for manually selecting a device should auto discovery fail, which it has for me.
One device deleted it’s configuration html page on it’s own, which could be restored using the iHelpless utility, which doesn’t work…

The iTest utility connects to either device, but you can’t change the iTach’s over to serial from there, and the default is IR.
So effectively one device is bricked.
The web configuration utility on the device only allows baud rate selection up to 38K, so to get 128K you need to use the iTest utility. All the provided software acts like beta, but it’s not…
Not a fan of these so far, serial control is a PITA, but I can’t even get through the config on these to even do some testing.

Mike, I returned my Harmony remote in less than 3 days! It was awful.

I’d love to know if people have found devices like the Denon Receivers that have control ports and figured out how to use them with ST. TV too?

There has been some success with this, but no complete solutions that I am aware of.

New to ST, just found this! I have a Marantz system and I’m looking into how to control it from ST, or even just from my home server. I figure there must be some kind of API that the remote control apps use, and I’m trying to track down documentation or sample code.

Would really appreciate seeing what you’ve done so far, and at least seeing if it’s compatible with my device.

I figure there must be some kind of API that the remote control apps use, and I’m trying to track down documentation or sample code.

The module I put together for controlling the receiver is in Python, so it won’t integrate directly with SmartThings, but nonetheless here it is:

Note that I had this wrapped in a simple web-app so I could call the various methods over the LAN. I don’t think I ever posted that project to GitHub, but the wrapper would be fairly trivial. From there, you could write a SmartApp that called the local HTTP endpoints.

Cheers, thanks for the quick reply!

I’ll give it a quick play to see if mine’s compatible and take it from there. I’m just starting to play with Django but it looks like it should be possible to do it natively within ST without an intermediate server.

Check out this project by @Kristopher which uses the web API instead of the telnet API for controlling Denon/Marantz receivers:

Hi Everyone, A few months back I released a device handler for the Yamaha RX Network receivers. Since then Abt Electronics graciously hooked me up with a Denon receiver and ported the device over. It supports all the same functionality, inputSelect(), inputNext(), on/off, mute/unmute and volume adjust. Hook it up to a virtual momentary tile for easy input selection, or via a virtual dimmer switch to adjust your volume via Alexa. Happy hacking!

I made some really minor changes to the code to support my Marantz (NR-1602) receiver which Kristopher merged last night.