Does anyone know if it’s possible to automatically close the bedroom door if one of the windows opens at night? We don’t have kids so I’m not concerned about the rest of the house. This would need to only happen in the event of a breakin or something like that. Just trying to give the bad guy a harder time and give my wife and I time to defend ourselves.

The first big one is whether you should trust SmartThings for this type of a life-and-death situation, and I think the answer is clearly No. In fact just about every Zwave manufacturer has a note in their user guide that the equipment should not be used for life and death situations. There are inherent issues with mesh itself, but on top of that smartthings just fails too often at the present time. The company is very aware of this and have made improving reliability their top priority, but they’re just not there yet.

Just in the last two weeks there have been four major feature failures, including a change to the platform breaking the functionality of the minimote, which is the handheld button controller that is the official recommendation for using if the Internet is not available. It was down for about a day.

So, I definitely wouldn’t do this with SmartThings at the present time.

First, I want to let you know that everyone at SmartThings is fully aware of the issues that have been affecting platform reliability. In the past few weeks, we've redoubled our efforts to make some fundamental improvements that will soon be felt by all of you in your everyday experience with SmartThings. Know that these improvements are only the beginning, that we are in this for the long term, and that we are absolutely committed to building the best, most open platform in the world. It's just scratching the surface, but I'd like to take you through the technical details of some of the changes we've implemented recently: Smart Home Monitor We've made a few changes to Smart Home Monitor that should help to resolve issues with data consistency, load time, and Arming/Disarming. The…

Automatic Door Closers for Everyday use

There are several automatic door closers on the market, most often used by people in wheelchairs, that are quite inexpensive and very reliable. Skylink that makes a nice line.

However, all of these have built-in safety features which would probably make them unsuited to the emergency case you describe. They close very slowly, about the same speed as a garage door. So while you could have one, I’m not sure it would fit the use case you’re thinking of. 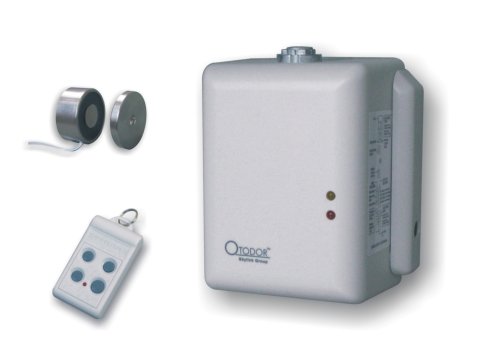 Add remote control to any swinging door. Open or close any swinging door automatically with the press of a remote button. The Swing Door Opener w/Magnetic Lock turns any inward- or outward-swinging le ...

Then there are panic rooms. This is what very rich people have, or people who know they are likely to be a target. You can definitely get these with doors that slam close quickly and reinforced barriers and separate cameras and all kinds of stuff. It’s just that they tend to be really expensive. But you can find plans on the Internet for do it yourself versions with various feature sets.

Panic rooms definitely serve a purpose for some households, but in terms of a typical burglary, sirens and lights are probably just as effective.

If you don’t have kids, one of the best things you can do is put a solid door on the bedroom with a good lock. It’s amazing how many bedroom doors don’t have locks or are extremely flimsy. This doesn’t even have to be a smart lock. Just lock it when you go to sleep at night. That would slowdown most non-professional home invaders long enough for you to get a call out to police. Note however that this kind of door would slow down first responders responding to a medical emergency. So you have to weigh the pros and cons for your own household.

Wow! I want expecting such a thorough response - thank you! First, let me state that I fully understand the reliability issue at the moment. I failed to include the fact that we have an existing alarm system with monitoring, etc and our own self defense plan so Smartthings is not the critical factor in a true life and death situation. That being said, the idea here is to add a layer to that - if it’s not 100% reliable at the moment, that is not an issue. It won’t be relied upon as the only method of deturance and if the programming does work, it would likely aid in slowing down potential burglers until the police arrive.

OK, I’m now going to mention something which is going to sound like a joke, but it’s not.

There is an automatic chicken coop door closer which is on the official compatibility list and is essentially just an actuator.

With all of the same caveats about If this thing closes on your hand you’re going to break some bones, this might form the basis for a project of the type you’re talking about.

Why did the chicken cross the road? To get to its totally awesome smart coop! The CoopBoss is a sophisticated management system for your backyard chicken coop, designed to work with SmartThings. Th...

But remember any device used to close the door is still depending on the door to provide the primary security. And most residential interior bedroom doors in the US are really flimsy. Some of that is a design decision that you want paramedics to be able to get in. But it means that most bedroom doors would not meet safe room Requirements.

But I don’t know if that fits the timing requirements for someone who’s asleep in the bed.

Ha! Interesting idea. The bedroom itself is not the safe room, the attached closet is. It’s meant more to potentially allow more time to wake up, get the defense plan in motion, and establish a barrier between the rest of the house - even if for only a few minutes. Basically the thought is provide an obstacle (small as it is) to throw someone off.