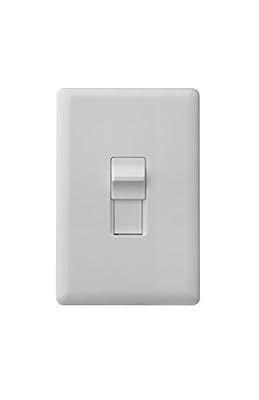 This easy to install automated light switch from Ecolink allows you to enroll and automate overhead lights without rewiring or with special light bulbs needed. Thanks to its modern design this light s ...

Yes, it has been discussed in the forums for several months, there are threads about it, it has been added to the buttons FAQ, and there is a DTH for it. Did you search for it before you started your thread?

If you look in the quick browse list in the community – created wiki, it’s on the DTHs for lighting.

But it’s not likely to solve your smart bulb problem because this is a mechanical actuator and moves the switch underneath it. That’s cutting power to the smart bulbs with all the usual problems. Unless you’re just going to stick it on the wall someplace else.

For use with smart bulbs, see instead the following FAQ

FAQ: Looking at a good Wall Switch for my Hue Bulbs (2020 Short FAQ) ( also applies to other brands of smart bulbs) FAQ

Looking for a wall Switch to replace the one I have atm. What i need it to do is -Turn on Off -Be integrated with Smarthings and Alexa (No wifi if possible) -If it mathers be compatible with Hue Lights