Has anyone figured out how to use a reed switch sensor on an outdoor gate? I found the Honeywell 5816OD. It is wireless. Looks like it would be perfect. But there is no indication of what wireless protocol it uses?

I’ve read about placing a sensor inside an outdoor conduit box and then linking it to another sensor. But, I must be slow because it isn’t making sense to me.

Any help / guidance is appreciated.

Not sure if your gate is metal, but if it’s not, I am using these on my PVC gate for the past two weeks and so far, so good:

Pre-order Strips by Sensative at 10% OFF (US Version) Deals

Mounted mine last night in my PVC fence Gate. It took me awhile to find the right spot since the magnet can’t be more than 3.5mm away from the strip, which wasn’t fun in 30 degrees

Probably the easiest device I ever paired with Smartthings and love the fact it’s waterproof and outdoor rated. So far so good. Does anyone know if the battery reporting is accurate? [image][image][image]

Thanks. Yes, I have an aluminum post fence and gate.

I just ordered the Sensitive Strip for my front door. Haven’t installed it yet. It works outdoors?

Yes sir. Quite impressive so far, zero false alerts and alarms me every time my gate is open. Judging by your name, your from NYC, and so far the cold hasn’t effected it (I am out in Long Island). I find the higher quality made products such as this or Fibaro stuff really works better than some of the cheaper made products like Smartthings sensors.

I replaced Smartthings Multi-sensors which were giving me false alerts and since those aren’t outdoor rated, I can understand why.

Not sure if this is relevant to your application but I’m using an Iris sensor inside this box on my gate, no problems for the 4 months it’s been out there so far. 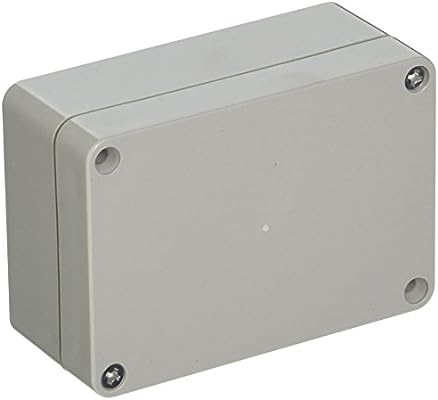 If it’s really an aluminum gate, you’re probably going to be OK depending on the exact angle back to the house.

Metal gates can potentially cause two completely separate problems for an open/close sensor.

1) Confusing the sensor.. If The metal is magnetic, which means iron or steel, then overtime the metal parts near the magnet when the gate is closed can themselves become magnetized, enough so that the reed part of the sensor gets tripped even when the gate is open. This can be a real challenge.

However, the good news is that aluminum does not magnetize in this fashion, so it’s not likely to be a problem.

2) Blocking signal. That said, metal, including aluminum, can block RF signals, making it difficult for the radio in the sensor to communicate back to the house. This is due to a different physical property of the metal, the fact that it is an electrical conductor. Anyway, physics.

The signals are Omnidirectional (360°), but they spread as they move away from the point of origin. So it is possible that you might place a sensor in such a way on a metal gate that very few signals would get through to the other side of the gate.

This is something you can just play around with. But probably if you can put the radio part of the sensor on the interior of the gate so that signal doesn’t have to pass through the gate to get back to the house, things should work OK.

As far as the in-frame devices like the sensative strip, it will probably depend on how much of an air gap there is at the point where it’s placed as far as whether you’ll still be able to get signal back at the house. But I think it’s definitely worth trying.