Amazon is having a big sale today (July 15, 2015), Prime Day, which is billed as bigger than Black Friday. I figure we can start a thread here to post deals as they are uncovered by the ST community.

As someone else just posted, there is a SkyBell doorbell up right now. 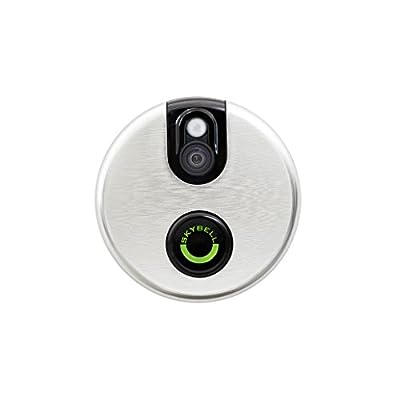 SkyBell is a Wi-Fi enabled video doorbell that allows you to see who's at your door from your mobile device - whether you're at home, at work or on the go. When a visitor presses the button, SkyBell s ...

I passed on the Skybell and was able to grab a Ring Video Doorbell through Amazon Warehouse. I got it for $152.40.
Warehouse deals also have an extra 15% off today.

SkyBell is a Wi-Fi enabled video doorbell that allows you to see who's at your door from your mobile device - whether you're at home, at work or on the go. When a visitor presses the button, SkyBell s ...

Is it worth it at that price? There are a lot of negative reviews.

Is it worth it at that price? There are a lot of negative reviews.

The current generation of Wi-Fi video doorbells all runinto the same thing: your local architecture will make a huge difference in how well you like it. So some people will like it a lot (usually in the four-star range), and some people will say it just never works.

In particular, if there is a glass window, not tinted, near your front door, these doorbells will probably work much better for you. It’s just a matter of signal strength.

There are a few differences between ring and Skybell. Motion detection at the short range, within 5 feet, appears to work a little better on ring. Skybell works better where it’s very very cold, with ring going down to -5° F and Skybell going down to -40. Skybell has an “on demand” feature which lets you tune into the video feed whenever you want. Ring has more of an intercom model and you may miss the opportunity to view the video when someone rings the doorbell and then not be able to restart it. Ring can be battery operated, Skybell cannot. Skybell’s mounting design is a little more waterproof, so you may need to do some additional caulking with ring.

But the most significant thing seems to be local Wi-Fi strength, and that would affect both devices the same.

It’s also important to note that both devices work only on 2.4 Wi-Fi, not the 5.0 band, which also means you must have your phone/tableton the 2.4 band in order to sync them.

A lot of people add a Wi-Fi booster in order to improve the video from the doorbell, but doing so can then interfere with nearby zigbee devices.

So Many people have either skybell or ring and like it better than not having it but there are also still a lot of returns on both devices. It just depends on the exact set up at your house.

Besides the echo which vanished in record time, what exactly was worth buying today on Amazon in our world???

From the look of it, Echo was the only thing worth buying period. There was a lot of junk they were trying to off. 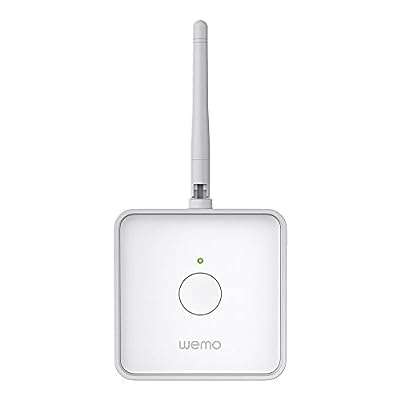 The WEMO Maker is the perfect accessory for any DIY'er looking to turn their low voltage electronics or robotics into a WEMO enabled device. The WEMO Maker works with your home Wi-Fi Network to give y ...

Really not impressed with the deals in any category except a few of the sell-out-in-a-nanosecond Amazon hardware deals. No way this is a Black Friday equivalent. Target does much better with their big summer sale going on now.

I would have gotten an Amazon Echo but was also disappointed to see it sold out rather instantly.

Terrible experience with Skybell. Was great while it was working but didn’t last very long. Dealing with customer service was a nightmare to. Was hoping someone could tell me about their experience with Ring?

See the following topic for discussion of Ring vs Skybell:

Ring vs Skybell vs Kuna vs? Connected Things

I'd like to pull the trigger on a purchase for a new Smart Doorbell. It's a toss up between Ring and Skybell. Does anyone else have a suggestion before I click approve purchase?!

I would have loved to buy the Wemo maker at a discount. It’d be nice to have a “deals” forum thread where you just subscribe once and get notifications anytime anybody posts…

I would have loved to buy the Wemo maker at a discount. It’d be nice to have a “deals” forum thread where you just subscribe once and get notifications anytime anybody posts…

It exists. The more people who use it, the better it will be.

Hi all! I'm new to the home automation and SmartThings world, but I've been looking around the forums for a couple weeks and have put in my first few sensors, switches, etc. So far so good! However, I've thought to myself a few times that it'd be really helpful if there was a thread that people could post to when they come across unique deals and really good pricing on items. For example, the Best Buy PEQ deal that was going on for several weeks with $19.99 sensors (discounted from $39.99) would have been a great one to make everyone aware of. The thought would be this is more for deals/discounts than it is for "what's the best brand of ______." That's a different topic for a different thread. If someone is aware of a thread like this, I'd also appreciate a link to that so I'm not duplicat…

Can anyone figure out how to Tell Alexa to order this ? 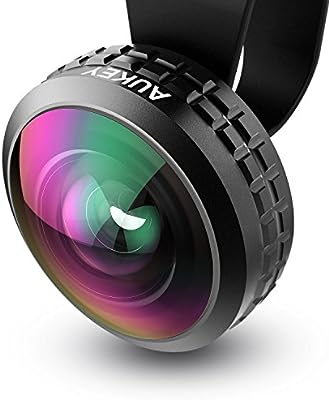 I believe it only works with certain items. I got frustrated so I ordered a drone for $15 just to play around with it for my son.

I got frustrated so I ordered a drone for $15 just to play around with it for my son.

I should have ordered a tap and sold it

I have tried a pair of bluetooth headphones and now this lens but can’t get alexa to understand me. I even tried Alexa, order ASIN number xxxxxxxxxxx. That was completely mis-understood.

Try putting it in your cart through the browser and then moving it to " save for later." Not sure it will work, but might be worth a try.

Note that this is an old thread. The 2016 thread is here:

Has anyone come across any Prime Day deals yet? I remember seeing 3-4 cards on their preview page earlier this week listing home automation items coming up.. Post them here if you find them!