Doing some digging and couldn’t see how reliable they are. Would suit my situation for a particular idea well, but I also cannot seem to find any exact alternatives. Seems like it might work with Alexa, but not sure on my Harmony or ST. If you do not know what these are, this should fill you in.

Anyone have recent usage or knowledge on these or alternatives?

The reality switch uses zigbee. There are also similar devices using zwave from ecolink. Both are the same idea as a Switchmate: they fit over your existing switch and physically move it. The switchmate and the ecolink cover the original switch completely. The reality switch just covers a strip down the middle, but it’s much more modern looking… So different people may like different ones just for aesthetic reasons. 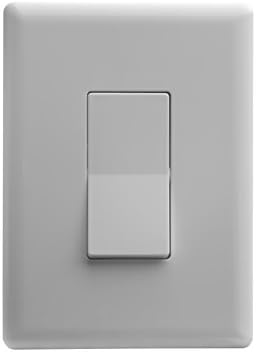 I have some switchmate switches and the reliability has been OK for me although there are some Bluetooth network issues that I suspect most nontechnical people don’t know how to deal with. There’s no integration with SwitchMate and smartthings, though, except through the Amazon echo.

Ended up getting the Reality Switch Plus and really like it. Very easy to setup for anyone else interested.

@JDRoberts you are a treasure trove of information. This is exactly what I was looking for.

Thanks. Note that this thread is for devices which fit over the existing switch and physically move it, so you can use it to make a dumb switch smart without having to do any rewiring.

There are also some switch covers which fit over the existing switch but do not move the switch underneath, and you use those when you have smart lightbulbs and you want to wall switch. But that’s not what’s in this thread.

Anyway, in addition to the ecolink and third reality, there is a new option now which is a robot button pusher called the Switchbot. It basically substitutes for a finger push. They have an integration with smartthings which works quite well in the new V3 app. Do you need both a button pusher device and their little hub to get the smartthings integration. It’s not as elegant for light switches as the other two, but it’s good for other kinds of devices where all you need is that button push, like coffee makers, some televisions, DVD players… I even have one on a blender. So I probably wouldn’t recommend it for a light switch, but it can be used for that.

I started off looking at Switchmate or Third Reality while I was checking compatible, I found this thread. The Ecolink is going to work perfectly for my fireplace. As it doesn’t use any 120v to start the ignitor. It just a simple contact switch, which they used a standard toggle switch to do the job. The Ecolink solves the lack of a power source and will still allow manual control of the switch.

I started off looking at Switchmate or Third Reality while I was check compatible, I found this thread. The Ecolink is going to work perfe6 for my fireplace. As it doesn’t use any 120v to start the ignitor. It just a simple contact switch, which they used a standard toggle switch to do the job. The Ecolink solves the lack of a power source and will still allow manual control of the switch.

Just check with your local jurisdiction. Any fireplace control which can be used with a phone app is illegal in many parts of the United States unless your fireplace qualifies as a built-in wall heater and has its own thermostat. This is for safety reasons. They just really don’t want you turning on the fireplace if you are not with in sight of it. This is why you can’t buy a fireplace remote that goes more than about 30 feet from the national companies.

And of course if you do have a fire and you have put up something which is not to code, your homeowners insurance may not pay on the claim.

So it’s just something to be aware of. Your local jurisdiction can tell you if there are restrictions on how you can automate a fireplace where you live.

I will look into that. Thanks for the heads up.

I’ve been using one of these to control my fireplace for the last few winters. I used the Ecolink to toggle a standard SPST switch which opens/closes a circuit on my fireplace wiring. I basically pulled out the original controller and figured out which two wires to “short” together that starts/stops the fireplace, and connected those to the SPST.